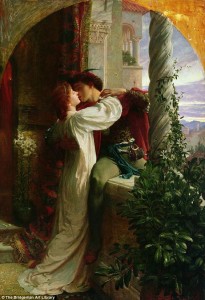 (Scroll down for articles)

Evangelical Christians have some explaining to do. The secular world does not understand our commitment to “traditional values” which seem quaint, obscure and oppressive. When we’re worrying about the rise of online pornography, the prevalence of cohabitation or the legalisation of ‘gay marriage’ we are portrayed as prudish, judgemental and moralistic. This strikes evangelicals as unfair: after all , we argue that moral propriety saves no-one. We can’t consistently judge others as less worthy than ourselves when we believe that everyone has fallen short of God’s standards. 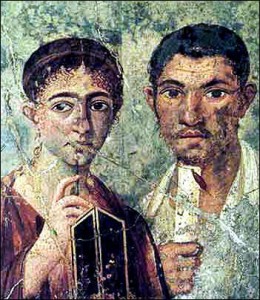 The problem is that the secular and Christian mindsets do not understand one another. It is too easy to forget, for example, that each has a radically different view of human nature.  The Christian believes that humanity has a purpose and a metaphysical significance. Human nature cannot be reshaped to our preferred ends. There is a great deal of existential comfort in this worldview. Secularists can point to a common evolutionary history and a common genome; but they must confine their account of human nature to physical causes. However, they have more freedom in deciding what does or doesn’t count as moral behaviour.  The secularist can argue that, provided that no-one is abused or exploited, sex can be “for” whatever we choose. 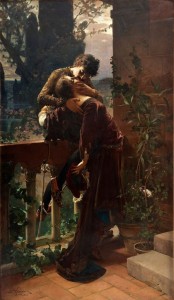 In the Christian tradition, human beings were not given the gift of sex. Rather, humans were given the gift of marriage, with sex as an essential part of that gift. Marriage is a lifelong and exclusive sexual union. This union aims at new life; it strives to create a family unit which can create and welcome a new generation . There is some common ground; the Christian and the secularist both believe that “love” is important in sexual relationships. But the secularist tends to define “love” as an emotional experience; Christian revelation defines love as a commitment: a decision to value another more than oneself.

For the Christian love is a virtue, an excellent part of one’s character that shapes the whole person. True love changes us, it shapes our whole personality, our entire emotional life. Christian love is expressed in promises and sacrifices. So a secular theorist and a Christian can agree that society should honour romantic love. But the Christian will see the covenant made in marriage as the proper end of romantic love; secularists will be just as happy with contractual relationships that should only be maintained while all parties are happy and fulfilled. 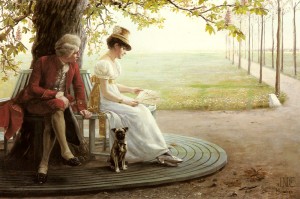 Secularists and Christians can also agree that stable procreative relationships are good for society, and should be supported by law. However the Christian demands something more than a functional unit for human reproduction; the purpose of sex is to create families; the purpose of family is to nurture love . This basic design is written into human nature, and any attempt to re-engineer the nature of the family is bound to lead to harm. The Christian tradition argues that culture and law should honour the marital union of one man and one woman. This covenant provides the source of the next generation. Secular thought is not convinced; it is uneasy with talk about “design” and “purpose”. Therefore humans should feel free to honour other romantic relationships, and should not be afraid to use technology to alter human procreation. 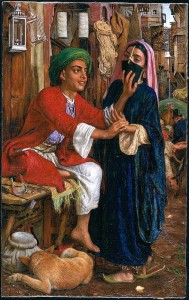 On both sides, many fear that we are locked into a “zero-sum” game. If the secularist view of marriage prevails, then Christians are forced to live in a society that does not recognise their most basic commitments. As legislation is put in place to protect new “forms” of family from discrimination, Christians find that they cannot express their moral views as freely as they might expect. Education and the popular media begin to promote views that they cannot endorse. On the other side of the ledger, if the Christian view prevails, many will find that they cannot express their sexual preferences as publicly as they desire, and will at times face public censure.

Perhaps we can create a little more room for civility and  reasonable accommodation; perhaps we can create room for public disagreement on this most sensitive of issues. If so, we must learn to state our views fairly, consistently and persuasively. We hope that these articles can at least explain the Christian view of sex and marriage.

A Brief Case Against the Redefinition of Marriage

Redefining Marriage: Why Not?

Fifty Shades of Grey and One Deadly Worldview – The book might bore you with it’s seedy, poorly-written, prurient nonsense; but its worldview can kill body and soul.

The Redefinition of Marriage

Polyamory , Incest and the Meaning of Marriage Once we start redefining marriage, when do we stop? And why?

Christian Marriage After SCOTUS The Supreme Court missed the message of marriage; now it is up to the Church to demonstrate it.

“What is Marriage?” (A book review giving a more detailed defence of marriage)

Does the Bible Condone Rape? Revisionists and internet infidels have asked.We shouldn’t need to point this out, but the answer is a resounding “no”.

Persecution, Homophobia and the Evangelical Church Why both sides of the culture war need to cool their rhetoric

The Pros and Cons of Conscience Clauses Should religious liberty always give way to sexual freedom?

This entry was posted in Around the Web, Quick Thoughts and tagged How Secularism Makes Sex Boring, Sex and Secularism, Sex and the Secularists, The Meaning of Marriage, What is Marriage?. Bookmark the permalink.