It would be comforting, but disingenuous, to dismiss these figures as alarmist. Teachers and youth workers who have been paying attention will not be astonished. Teens are becoming sexually active at younger ages; but in an infantile culture it takes everyone longer to grow up. With family breakdown, there is less adult supervision. And then, just to compound the problem, pop culture feeds them dark fantasies like “Fifty Shades of Grey”. 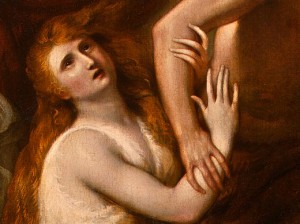 Amy Bonomi, professor and chairperson of Michigan State University’s Department of Human Development and Family studies, has analysed the book in an academic study which makes a substantial and frightening list of charges. Bonomi alleges that emotional abuse is present in most of the interactions between Grey and Ana: indeed, Ana often “sobs” after GreY leaves. Grey effectively controls the relationship. He endeavours to prevent Ana from discussing the disturbing aspects of her new relationship, isolating her from the support and advice of friends and family.

Grey’s behaviour towards Ana is often intimidating and humiliating. He repeatedly refers to Ana as his property. He makes decisions about every aspect of her life, including her living arrangements and which kind of car she should drive. He often tells Ana what she should eat and when. Grey obsesses over Ana’s whereabouts; he stalks her, making harassing phone calls, and unwelcome appearances at her home and workplace. One text message, which frightens and upsets Ana, threatens to have her bound, gagged and shipped away in a crate (given Grey’s financial means, this is not an unrealistic threat). 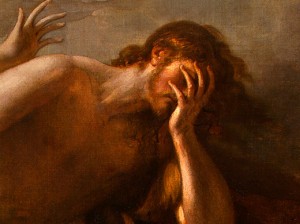 Grey is jealous –sometimes violently jealous – when Ana pays attention to other men. Despite initially agreeing to Ana’s requests for boundaries, he effectively ignores her wishes.  Anastasia’s consent is often coerced through the use of alcohol and intimidation. Grey rationalises his actions, often blaming Ana for his unacceptable behaviour. Ana will only briefly end the relationship after Grey violently beats her with a belt.How such a man became a romantic hero is a question we will return to below. But the entire relationship is consistent with the Centre for Disease Control’s definition of Intimate Partner Violence.

The factual content of Dr Bonomi’s article has not been challenged. The standard reply by the book’s fans is that “Fifty Shades” is mere fantasy and wish fulfilment, and its critics are taking it much too seriously. This reply is incredibly naive. Our dreams and fantasies can shape our values; they create narratives which affirm our ambitions and actions. “Fifty Shades” preaches that passionate, intense, emotional experiences are worth any price. Perhaps the film will tone down the abusive aspects of the “romance”– but this is scant comfort. The film’s success will lead to young people reading the book and sharing the fantasy. The last thing we need is youngsters yearning for the kind of relationship portrayed in “Fifty Shades of Grey”.

We need a wise, informed and practical response to the dangers teenagers face. Churches excel at teaching young people that “true love waits” for marriage – and this is a good thing too. However, we could spend much more time insisting that true love also honours, respects and protects. Young people need to know the signs of an abusive relationship, how to get out if they’re in one – and that the Church will protect and support them.

Their hypothesis is that EL James has given us a perverted portrait of a natural female desire for male dominance. To put it politely, this analysis is unbiblical and unwise. To be a little less polite, it is the sort of biblical exposition that Neill Strauss would appreciate. Contrary to popular belief, while Paul insisted that children obey their parents he never asked any woman to obey her husband. The Apostle directly commanded husbands to care for their wives as they would their own bodies and to exercise a sacrificial love which mirrors Christ’s sacrifice for the Church. We are all to submit to one another out of reverence for Christ. Should anyone want absolute authority over another’s body and desires, listen to the apostle’s voice: 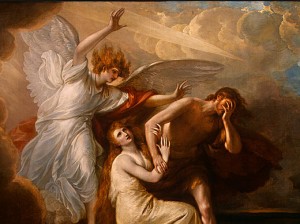 Nor is it sufficient to cite Genesis Chapter 3 as an explanation. Yes, the fall explains why relationships between men and women are less than perfect; but merely to say that sin is the cause of dangerous romantic delusions is a little like saying opium induces sleep because it has soporific qualities. That’s true insofar as it goes, but we need to dig a little more if we are to discern deeper explanations. Part of the explanation for the success of “Fifty Shades” lies in the fact that we live in a “sensate culture” which values raw, physical experience over ideas or morals. Ana’s choices make sense in such a culture: she might have set her values and her own safety aside, but at least she could say that she has had extraordinary experiences.

Two secular myths might also explain Mr Grey’s popularity. The first is that evil is more fascinating than the good. Popular culture idolises Hannibal Lecter, Anton Chigurh, Walter White, Francis Underwood, even Heath Ledger’s Joker. The Romantics read Milton’s Paradise Lost and concluded that Satan was the most sympathetic character. And why not? There is a heroic grandeur in their war against moral norms; these rebels have insight, emotional strength and philosophical depth.

Milton’s devil claimed that he could make a hell of heaven and a heaven out of hell. Instead he carried hell with him and inside him and inflicted it on everything he touched. Evil can only tear down; it can only destroy what the good has patiently created and nurtured. Satan will offer beautiful seduction, but he will quickly become terrifying and tyrannical if that is what it takes to impose his will. Milton realised that be evil must reject, destroy or pervert what is good. If the ‘Good’ is identical to a God of infinite love and wisdom, then his opposite is reckless, irrational hatred. When there is nothing else to tear down an evil man will rip himself to pieces. Lacking the power to create, he can only pervert. Lacking the humility to worship, he is left with idolatry.

The second myth is that romantic love is an irrational, powerful force which will heal corrupted souls; the idolatrous belief that human love is the cure for sin. All that Christian Grey needs is the love of a good woman: if Ana can endure the worst of him she will bring out the best in him. This myth kills: in Britain two women die each week as a result of domestic violence, believing that they have a duty to suffer at their partner’s hands and that true love conquers all. This myth is a perversion of the Christian gospel, leaving no room for repentance – the acknowledgement that we do not deserve to be forgiven. There is no call for faith – trusting in God because without him we are beyond hope.

There is no need for a Cross if all we need is the love of a romantic partner. Yes, Jesus endured the worst of human depravity when he was crucified; but he did more than that. He revealed that evil has a cost; that wrongdoing demands judgement. He can pay that price for us if we unite our lives to his; otherwise, we will pay the price ourselves. Mr Grey is a hellish character who needs more than a touch from an angel; no human love can redeem human evil. Part of the success of Fifty Shades might lie in the fact that it turns the moral universe upside down and perverts the Christian gospel. And the dark fantasy that it sells might come at the price of darker, more dangerous romances for our young people. 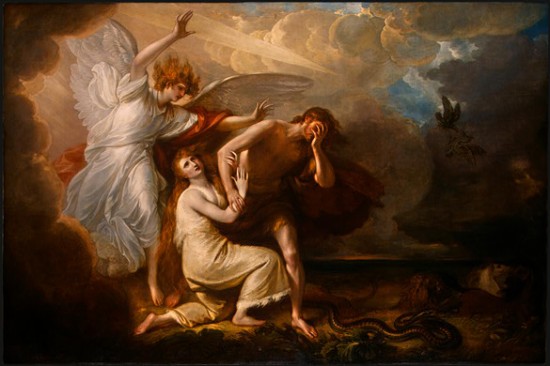 [ii]  So, whatever Paul meant by “headship” he didn’t mean anything like “the husband gets to order the wife around.”