Polyamory, Incest and the Meaning of Marriage

If anyone wants to understand the prejudice faced by the proponents of covenantal marriage, he need only read Adam Gopnik’s homily to religious conservatives in the BBC online magazine. Mr Gopnik scolds religious conservatives for our “persecution mania”. No temples, churches or mosques have been closed, he opines, since the Supreme Court changed America’s marriage laws. Some people may lose their livelihoods because their conscience does not allow them to provide services for gay weddings. But so what? “If you run a business that is open to the public, like a wedding caterer, then it does seem that you may have to cater for gay marriages along with straight, but that was a civil rights battle fought and won at the lunch counters of the American South 50 years ago.” 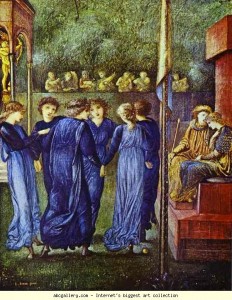 I’m not entirely sure which piece of civil rights legislation Mr Gopnik thinks abolished religious freedom; but then I’m not sure he has put a lot of thought into his little sermon at all. By callously dispensing with the religious conscience and casting those with specific religious convictions out of a large sector of the economy, and by aligning those who understand marriage in covenantal terms with those who opposed civil rights in the 1960s, Mr Gopnik exactly reproduces the thinking which worries religious conservatives. Over and over, in op-eds and stump speeches, the intelligentsia and the establishment bracket us with segregationists and racists. If they are consistent, the struggle for gay rights must now move to marginalising religious conservatives.

Presumably, Mr Gopnik would castigate me for offering a “slippery slope” argument. Just because religious minorities might suffer discrimination in the future, it doesn’t mean they will.

[A]ll such “slippery slope” arguments are silly, because all social life takes place on a slippery slope. Once we have banned walking across the street when the red light is on, what is there to prevent us from imprisoning all pedestrians?

A law lowering the drinking age does not mean that some day soon all babies will have bourbon in their bottles, and gay marriage no more implies polygamy and bestiality and incest than a law against breaking and entering implies the abolition of windows and doors.”

Once more, Mr Gopnik misses the point with spectacular style. It is true that populist arguments against gay marriage warn about this sort of slippery slope; but it does not feature in more academic defences of covenantal marriage. Thoughtful writers are only too aware that many of our legislators lack a moral compass, so our laws are driven by the results of polls and focus groups (and generous donations). There is no strong public demand for the legal recognition of incestuous or polyamorous marriage, and we are unlikely to see either in the immediate future. 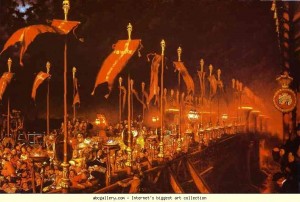 Mr Gopnik cheerfully tells us that “manners make laws”. And I’m sure that Mr Mugabe and Putin would cheerfully agree with him. So we might hope that principles, and not manners alone, still play some part in law-making. In which case, we need answers to a few conundrums. Suppose a father and daughter, or a brother and sister, wish to be married. Why should we criminalise their desires? Why have they lost their right to sexual self-determination if they are both consenting adults? The German Ethics Council recently pointed out that, while it is believed that incest carries a higher risk of resulting in children with genetic abnormalities, other genetically affected couples are not banned from marrying or having children. A majority of that esteemed council rejected arguments against recognising incestuous relationships.

Or suppose two sisters wished to marry? Why should we worry about degrees of consanguinity if two brothers wish to marry? No children could result from those partnerships; why could they not be married? Alternatively, suppose three men and two women in a polyamorous relationship wished to have their relationship honoured as a marriage. Britain’s Guardian newspaper has been doing its bit for the polyamorous community in recent months.  One young chap defended having two boyfriends in a video and article, arguing that:

My relationships are based on a simple philosophy – there is no limit to the amount of love we can feel for other people. Loving someone does not diminish the love we have for others. Just because I love vanilla ice cream doesn’t mean I can’t love chocolate ice cream as well.”

I rather expect that his simple philosophy would be tested by the amount of love one can have for one’s in-laws, but put that to the side. Suppose a Parliament or Supreme Court was asked to recognise such relationships as marriages. They have already asserted that the meaning of marriage can be changed by fiat. So, what principled reason can they offer to deny marriage to people with to with strong romantic attachments? Why restrict marriage to partnerships? According to the “Lovemore” website:

Polyamory refers to emotionally connected relationships openly involving three or more people. It is about honesty, integrity and respect. Some examples of poly relationships: A married couple might have other emotionally connected partners. Three, four or more people might all live together bonded as a family, raise children and have emotional and sexual connections between all or some combinations within the group.”

Surely, if romantic love and commitment make a marriage , then revisionists should redefine marriage as “any romantic, committed, loving domestic living arrangement”. So what principled grounds could be used to deny the polyamorous family the right of marriage. If the revisionists are correct, we seem to have no moral right to impose conservative norms on the complex variety of human relationships. There would not be a principled reason to forbid even incestuous marriages, especially if the couple is sterile. 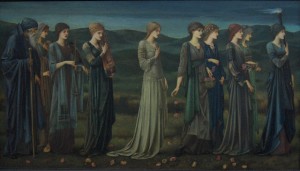 Now, here is the point that Mr Gopnik misses. Polyamorous and incestuous romances are not mentioned as fodder to create an argument from a slippery slope. These are thought experiments, offered solely to clarify the purpose of marriage. By identifying what we believe marriages cannot be, we clarify what we mean by, and expect from, marriage. We are reluctant to grant polyamorous groups the right of marriage. We allow homosexual partnerships – but why only partnerships? The polyamorous, quite correctly, point out that this depends upon a heterosexist norm. Traditionally, marriage was restricted to one man and one woman because only one man and one woman are required to make a new generation. Given our need for identity, family love and nurture, it is best that our parents have an exclusive, permanent relationship.

On the covenantal understanding of, marriage is a union which is designed to bring men and women together so they can create the next generation. As Dietrich Bonhoeffer explained:

Marriage is more than your love for each other. It has a higher dignity and power… in marriage you are a link in the chain of the generations… in your love you see only the heaven of your own happiness, but in marriage you are placed at a post of responsibility towards the world and mankind. Your love is your own private possession, but marriage is more than something personal – it is a status, an office.

Does this mean that those who are infertile, or those who marry in old age, or on their death-bed,  are not truly married? Hardly. On the covenantal understanding, every marriage is a message and has a meaning: that men and women are designed for one another; that we need each other because no child can come into the world without an act from one man and one woman. Every true marriage also teaches us that sacrificial, exclusive, life-long commitment should be required of any couple who wish to have a child; that love should be the precondition of the next generation.

In other word, marriage exists to place demands upon men and women. It imposes certain norms and requires a specific structure. When moral norms are abandoned, marriage becomes a nose of wax, which can be twisted and reformed to meet the desires of the elite or the masses. Mr Gopnik preaches the merits of doubt with the self-belief of a fundamentalist. He dismisses the importance of principle, so he cannot appreciate the principles which lead others to disagree with him. His essay is, in short, an excellent illustration of the thinking which gives religious conservatives serious cause for concern.