Even the most ardent proponents of the idea that science is in conflict with God do not think that science and God are incompatible in the sense that accepting one (science say) logically requires you to reject the other (God). As Jerry Coyne states in his latest book:

“I don’t mean logical incompatibility: that the existence of religion is simply and a priori incompatible with the practice of science. That’s clearly wrong, for in principle there could be both science and a god to be worshipped.”

So if science and God aren’t incompatible, what is the nature of the conflict supposed to be? Well, perhaps science undermines belief in God because science explains God away.

The idea is that as science explains features of the universe it makes God unnecessary. This objection to belief in God can be thought of in terms of a version of Ockham’s razor – there is no need for two explanations (science and God) when one will do (science). But this argument is very weak. 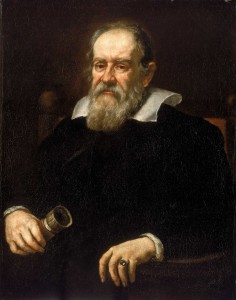 1. Whether one hypothesis explains away another hypothesis (i.e. whether Ockham’s razor can be applied) is a common question that arises in science, history, medical diagnosis, criminal investigations and everyday life. Typically proponents of the view that science explains away God don’t even try to show that the conditions for explaining away are met. They simply assume that Ockham’s razor can be applied. But this is simply begging the question.

2. It cannot simply be assumed that explaining away occurs in a given case, i.e. that the truth of one hypothesis removes the need for another hypothesis. Suppose a friend is going to get the train to meet you after work. You go to meet him at the railway station as planned, but he hasn’t turned up yet. This could be because he missed the train or because he was delayed at work, but accepting one of these hypotheses doesn’t undermine the other since they could easily both be true; he could have missed the train because he was delayed at work.

6. Theism may well be the best explanation for the laws of nature. Scientists use laws to make predictions. Now some laws (Kepler’s) can be explained by other laws (Newton’s). But sooner or later we’ll reach a set of laws that are just foundational to science. They can’t be explained by any other law. At this point scientific explanation breaks down. At this point there is room for a metaphysical explanation; and theism is an excellent candidate.

7. Other theistic arguments (appealing to God as the cause of the universe or or fine-tuning) point to a strong dependence of science on God. These arguments would need to be refuted if the argument against God from science is to work. 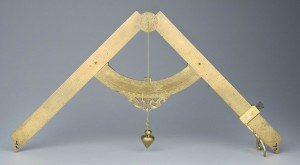 8. It should be noted that theism can explain evidence which science, plausibly, cannot. Consider morality. Science can, at best, explain the origins of our moral feelings. This does not tell us if there are moral values that correspond with those feelings. True values could not change according to our whims; nor could they be composed of particles. And assuming there really are moral values, why should I pay any attention to them? There isn’t any point to moral values in a purposeless universe and I cannot be obliged to give them any attention.

9. Or consider consciousness, which cannot be captured by the physical sciences. The language of mathematics and physics cannot even describe first-person, subjective experiences. Describing feelings of grief or joy in words is close to impossible. Heaven help the fool who thinks that they can be quantified or measured. Neurology does not grasp conscious experience: the feeling of pain is not captured by a description of sodium ions fluxing in and out of a semi-permeable membrane; it cannot be captured by a description of an organism’s behaviour. The experience of colour is not included when we describe the effect of photons on photosensitive cells and the depolarization and repolarization of neurons.

10. Given the problems, the argument against God from science loses its appeal. It seemed to offer a straightforward argument for atheism that appeals to science and Ockham’s razor and so circumvents philosophical debates about the existence of God. But there is no argument from the success of science to atheism. For these reasons, and others, the argument that science explains away God is very unlikely to succeed.