There is a popular perception that there is an inevitable conflict between science and belief in God. This idea is often assumed in discussions about science in the media and is promoted by some prominent scientists who are also atheists such as Peter Atkins, Richard Dawkins and Stephen Hawking. Nobel prize winner Peter Higgs, who famously predicted the existence of what became known as the Higgs boson, which was discovered in 2012, is also an atheist, but he claims that this has more to do with his family background than any conflict with science; in fact, he criticizes Dawkins for taking a fundamentalist approach. Other prominent scientists such as William Phillips (another Nobel prize winner), Don Page and Simon Conway Morris are religious believers. Clearly, there are different views and the issue can’t be settled by a vote anyway. So is there a conflict or not? 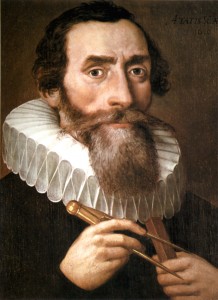 The answer turns out to be ‘no’. Well, a slightly qualified ‘no’ because particular religious beliefs can, of course, come into conflict with particular scientific beliefs. But the idea that there is an ongoing and inevitable conflict between the two simply doesn’t stand up to scrutiny. It’s interesting to note that in the most rigorous defences of atheism by atheist philosophers, they rarely place much weight on an alleged conflict between science and religion (contrary to the popular approach of the new atheism where nearly all the weight is put on this kind of argument, which is generally recognized by atheist philosophers to be very weak). On the historical side of things, scholars have shown decisively that the conflict thesis is much too naïve. As the late historian of science, Colin Russell, put it

The common belief that . . . the actual relations between religion and science over the        last few centuries have been marked by deep and enduring hostility . . . is not only     historically inaccurate, but actually a caricature so grotesque that what needs to be     explained is how it could possibly have achieved any degree of respectability.[1]

So why might people think there is a conflict? I think there are probably four main reasons for this. The first reason is that despite the detailed work of historians, people still seem to think that the history of science is one of continuous conflict. Some particular events in the history of science seem to suggest this such as Galileo’s trial and the debate between Huxley and Wilberforce about evolution. An important point to note is that examples such as these which supposedly illustrate the conflict are relatively rare in the history of science. Furthermore, they need to be balanced with the plausible claim that religious belief played an important role in the development of science (see Six Ways Christianity Supported the Growth of Science). Another key other point is that even these cases are not nearly as clear cut as is often assumed. A helpful book that looks at these issues is Galileo Goes to Jail and other Myths about Science and Religion edited by Ronald Numbers. A talk on some of these examples of conflict by historian Diarmid Finnegan at a recent workshop on science and religion can be found here.

A second reason for thinking there is a conflict is based on the idea that science is based on evidence whereas belief in God is based on faith. Of course, this is only a problem if there’s an incompatibility between faith and evidence. The new atheists claim that faith is ‘belief without evidence’ but this just isn’t what Christian faith is at all. See Seven Things You Need To Know About Faith.

A third reason is that particular scientific theories are in conflict with belief in God. As pointed out earlier, it is true that particular scientific theories can come into conflict with particular religious beliefs, but is this the case for religious belief more generally, and particularly for belief in God? The most obvious candidate here is, of course, the theory of evolution. As we’ve argued on this site, while there are legitimate questions here for Christians, there isn’t nearly as much of a problem as many people seem to think. In particular, we argue that evolution has little bearing on the central claims of Christianity. See Debating Darwin.

A fourth and final reason for thinking there is a conflict is that science explains away any need for God. It is not that science and God are incompatible, but that as science explains more and more about the world, there is less and less need for God. Applying this approach to evolution the claim would be that a scientific explanation for intelligent life removes the need for a theistic explanation; there is no need for two explanations when one will do. That’s where my paper with Mark McCartney ‘Explaining and Explaining Away in Science and Religion’ (see also here) fits in. Looking into the logic of ‘explaining away’ reasoning, we’ve argued that it is much more difficult to explain away God than some atheists seem to think. In particular, we’ve also argued that evolution does little to explain away design even in biology.

Proponents of the argument that science explains away God need to show that the conditions for explaining away are satisfied. They need to show that science does not depend on God, but this is an enormous task. For example, theism might provide the best explanation for the reliability of our cognitive faculties.   Theism may also be the best explanation for the laws of nature. Scientists use laws to make predictions. Now some laws (Kepler’s) can be explained by other laws (Newton’s). But sooner or later we’ll reach a set of laws that are just foundational to science. They can’t be explained by any other law. At this point scientific explanation breaks down. At this point there is room for a metaphysical explanation; and theism is an excellent candidate.

In any case, other theistic arguments (appealing to God as the cause of the universe or or fine-tuning) point to a strong dependence of science on God. These arguments would need to be refuted if the argument against God from science is to work. In conclusion, there doesn’t seem to be any good reasons to think there is a conflict between science and belief in God. In fact, we’ve argued on this site that science gives us many good reasons to believe in God, but that’s another story.

This entry was posted in Science and Christianity. Bookmark the permalink.