What Was New About The New Atheists?

“We are in need of a renewed Enlightenment”, wrote Christopher Hitchens in the final chapter of his bestselling book God is Not Great.[i] In his closing sentence he stated, “To clear the mind for this project, it has become necessary to know the enemy, and to prepare to fight it” (GNG, 283). The enemy was religion which, he told us, “poisons everything” (GNG, 13). We can be grateful that he was not calling on his fellow atheists to take up arms, but to participate in an intellectual and cultural project to marginalise religious belief.

Why the antagonism towards religion? The rest of his final chapter identified at least two main answers to this question. First, religion is dangerous. While discussing the aspirations of President Ahmadinejad for Iran to become a nuclear power, Hitchens commented, “This puts the confrontation between faith and civilization on a whole new footing” (GNG, 280) and he then went on to discuss the role of religion in the terrible atrocities of 9/11.The second answer was that religious belief is no longer tenable in the light of modern science. He expressed this point as follows:

Religion has run out of justifications. Thanks to the telescope and the microscope, it no longer offers an explanation of anything important. (GNG, 282)

How exactly this was supposed to follow from the existence of the telescope and microscope is not immediately obvious, but throughout the closing chapter and in the rest of his book Hitchens was adamant that there is a conflict between science and religion, a conflict with only one winner. Indeed, science would have such a central role to play in his new Enlightenment that it almost seemed to take the place of religion: it “offers the promise of near-miraculous advances in healing, in energy, and in the peaceful exchange between different cultures” (GNG, 282).

Hitchens’ closing chapter provided a summary not only of his own book, which was published in 2007, but also a fairly accurate summary of books published by Richard Dawkins, Daniel Dennett and Sam Harris in the preceding few years.[ii] In addition to their content, the other factors linking these books were their enormous success in terms of sales and their impact in promoting debate about the existence of God and the place of religion in the modern world. As well as formal debates, there were many reviews in magazines and journals, a substantial number of book length responses, numerous TV and radio interviews, and seemingly endless online discussions about their ideas.

Their provocative claims about belief in God were such that readers now tend to fall into one of two categories: enthusiastic supporters or ardent opponents, with very few lying anywhere in between. In fact, the distinctive nature of the atheism on offer is such that it has become known as the ‘New Atheism’.[iii] Although other atheistic writers such as Victor Stenger and Michael Onfray could also be described as New Atheists, there is little doubt that Dawkins, Dennett, Harris and Hitchens were the founding figures of this movement.[iv]

There are a number of themes which are prominent in New Atheism. One of the most important aspects of the New Atheism is that it promotes a rejection of belief in God on scientific grounds with particular prominence given to Darwinism. This is despite the fact that arguments for and against God’s existence lie within the domain of philosophy rather than science. So although scientists are quite entitled to offer arguments for or against God’s existence, it must be recognised that when they do so they are engaging in philosophy, not science.

It must also be emphasised that many leading atheistic thinkers, both past and present, have seen the need to scrutinise the arguments for God’s existence in great detail. Not so the New Atheists. They seem to think that this is unnecessary and that by appealing to science they can circumvent this process. There is very little attempt to engage seriously with any recent philosophical work on the topic of God’s existence. In fact, they do not even draw on the best arguments by atheistic philosophers, never mind coming to terms with detailed arguments by theistic philosophers.

Daniel Dennett is a philosopher, but even he does not wish to engage in the traditional kind of debates about God’s existence. In fairness to Dawkins, he has gone well beyond the other New Atheists in proposing a new argument against the existence of God. Ironically, it turns out to be essentially an updated version of an argument proposed by the eighteenth century philosopher David Hume and so it does not depend on modern science in a significant way.

Another important dimension of the New Atheism is that belief in God is viewed not merely as mistaken, but as irrational and delusional. The reason for such a negative assessment is linked to their rejection of God on scientific grounds. There is no evidence, we are told, for God’s existence and so belief that he exists must be irrational. Given this conviction, it is not too surprising that the New Atheists frequently adopt the tactic of ridiculing religious belief. After all, if no rational person could believe in God, what is the point in engaging in serious debate? Wouldn’t ridicule be more appropriate and perhaps more effective?

One of the most obvious examples of the use of ridicule is found in Dawkins’ discussion of agnosticism where he states, “I am agnostic only to the extent that I am agnostic about fairies at the bottom of the garden”. He then approvingly quotes other authors who put God in the same category as the Tooth Fairy, Mother Goose, an invisible, intangible, inaudible unicorn, and the now famous Flying Spaghetti Monster.[v]

There are two aspects to this. One is the argument Dawkins is making. The argument is that there is no way of disproving the existence of any of these entities because you cannot prove a negative. But, of course, that does not mean we should be neutral about them; since there is no reason at all for believing that they exist, we should assume that they do not. As an argument against the existence of God this is completely hopeless. Why? Because it simply assumes that there is no reason for believing in God, which is precisely what is in dispute in the first place.

So much for the argument, but what about the second aspect to this comparison with the Tooth Fairy, etc.? As a way of ridiculing belief in God it is very effective. Once the comparison has been made, especially by intelligent people such as the New Atheists, it tends to stick in the mind. As an argument it might be hopeless, but if it is repeated often enough an association is made which influences how people view the debate. How ridiculous it would be for someone to offer sophisticated reasons for believing in the Tooth Fairy? And for anyone who makes the mental association offered by Dawkins, however ill-founded it is, it becomes very easy to dismiss, without consideration, any reasons offered for belief in God. Of course, this applies not just to belief in God, but any kind of belief. If I can get an association between your favoured political party and the Taliban, say, into your mind, arguments become unnecessary.

Had the New Atheists been writing in the 1950s or 1960s, their mindset would have been understandable. At that time atheism was dominant in academia, especially in philosophical circles. But then in the late 1960s and 1970s things began to change. Christian philosophers showed that many of the reasons given for rejecting belief in God weren’t nearly as persuasive as many atheists had assumed. Some, such as Alvin Plantinga, argued that just because God’s existence could not be proved logically to the satisfaction of atheists, this did not mean it was irrational to believe in God. He also presented detailed arguments to show that the problem of evil did not disprove God’s existence (as many had thought).

Around the same time many arguments for God’s existence started to make a comeback through the work of people like Richard Swinburne, who has written extensively on the subject. Swinburne’s approach has not been to try to prove with certainty that God exists, but instead to show that on the basis of a whole range of features of the universe the cumulative case for God’s existence is very strong. William Lane Craig is another leading figure who has presented various reasons for belief in God, most notably, an argument based on the universe having had a beginning. Many other philosophers have also been involved in making a case for the rationality of belief in God and Christian belief as well. These include William Alston, Robin Collins, Stephen Evans, John Hare, J. P. Moreland and Nicholas Wolterstorff to name just a few.[vi]

This does not mean that theism has become dominant either amongst philosophers or scientists. It has not. But these developments have given rise to an environment where belief in God is a viewpoint which is taken very seriously and this is because there is a strong rational and evidential basis for belief in God. The New Atheists completely ignore these developments in philosophy and fail to do justice to the scientific issues. Of the philosophers mentioned above only two even get a mention in the books by the New Atheists; Plantinga in two footnotes by Dennett, and Swinburne is discussed briefly by Dawkins, who completely fails to do justice to Swinburne’s arguments. 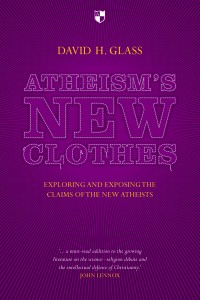 [i] Christopher Hitchens, God is Not Great: the Case Against Religion (London: Atlantic Books, 2007). This book will be referred to as GNG.

[iv] For a discussion between the ‘four horsemen’ see http://richarddawkins.net/videos/2025-the-four-horsemen-available-now-on-dvd (last accessed: 30/10/10).

[vi] For an introductory overview of these developments see William Lane Craig, ‘God is Not Dead Yet: How current philosophers argue for his existence’, Christianity Today (July, 2008).