God, The Beginning and the Big Bang: 10 Quick Points [Updated] 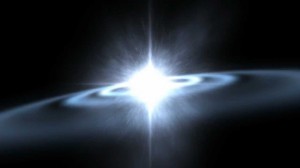 2)      The universe is expanding and hence becoming less dense. This means that in the past it  was much more dense.  If we extrapolate back far enough, we reach a state when the universe was extremely dense and hot and finally a state of infinite density where the theory of general relativity breaks down (a state known as a singularity). The big bang theory describes the expansion of the universe from this early hot, dense phase. According the standard account , not just energy, but space and time came into existence at the singularity.

5)      Some speculate that future scientific research will provide strong evidence in favour of cosmologies that avoid a beginning of the universe. For example, in the oscillating universe model the universe expands, then collapses back on itself, then expands again, and so on. However, many such models turn out to be  incompatible with an infinite number of cycles and so do not avoid the beginning. Furthermore, our current evidence indicates that our universe will not collapse back in on itself.

6)      Research by Borde, Guth and Vilenkin has shown that, under reasonable assumptions, an expanding universe will have a finite past. [i] 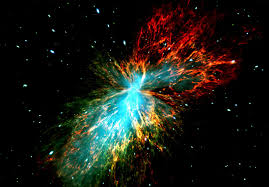 8 )  A key point here is that things do not come into existence completely uncaused. Although quantum theory does allow for particles to appear in a quantum vacuum it does not give us any reason to believe that particles (or universes for that matter) can spontaneously come into existence out of literally nothing.

(A) Whatever begins to exist has a cause;

(B) The universe began to exist;

(C) Therefore, the universe has a cause.

There can be very little doubt about (A) and we have a good deal of scientific evidence for (B); therefore, there is not a great deal of uncertainty about the conclusion.

10)  The cause of the universe could not be physical and would exist outside our space and time. This is certainly much more consistent with belief in God than it is with  materialistic atheism. The argument is not based on scientific ignorance, but depends only on whether the universe had a beginning, which is a question science can address.