‘God of the Gaps’ – a guide for the Perplexed 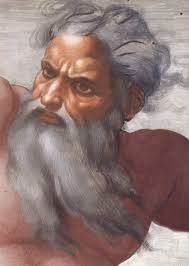 Jerry Coyne on his ‘Why Evolution is True’ blog has criticised the biologist Kenneth Miller for believing that:

the fact that there are ‘laws’ (regularities, really) in the Universe can be understood only as an act of God. The last claim is in fact a God-of-the-gaps argument, since it asserts that the best answer to the question, ‘Why are there scientific laws at all?’ is ‘God made them.’  Here Miller merely swaps ignorance for ‘God,’ just as creationist Michael Behe swaps ignorance of biochemical evolution for God.

Coyne is completely confused about the nature of Miller’s argument. Since this misunderstanding comes up a lot in Atheist posts and blogs, it’s worth spelling out just how wrong Coyne is.

Nowadays ‘God-of-the-Gaps’ is nothing more than a slogan aimed at any argument that concludes that God exists. Coyne seems to think that theists point to a fact that science is currently unable to explain. The theist then, allegedly, argues that science cannot explain this fact because God created it. But ‘God did it’ is just what we say when we can’t explain something scientifically. And sooner or later science will come along with a more satisfying answer.

Cosmology will explain why the universe exists. Evolutionary psychology will explain consciousness, morality and art. Even love and religious experience will be measured, quantified and rationalised as the interaction of forces and particles. God will vanish like a vapour – like the aether in fact. We will have no more need of that hypothesis, thank you very much. The ‘God of the Gaps’ slogan is just an instance of the myth that Science will make God obsolete.

But ‘God of the gaps’ arguments are explicitly rejected by most theistic philosophers. Lydia McGrew, for example, makes this very clear in her article Testability, Likelihoods, and Design

An argument for design…therefore does not merely involve saying that the object we find is very unlikely given our physical theories. One can easily imagine a situation in which we knew that the likelihood on chance was low, but in which we did not have evidence for a higher likelihood on design. Suppose, for example, that we located a cloud of hydrogen molecules, not very large, floating in interstellar space and not dispersing. In the apparent absence of a sufficient amount of mass to hold the cloud together gravitationally, the discovery would certainly be anomalous on the assumptions of our current physics. But there would be no particular reason to consider design a better explanation than some as-yet undiscovered physical law or unknown factor in the vicinity of the cloud. There is no evidence, either a priori or from past observation, that agents have any inclination to make small clouds of gas serving no particular function.

In other words, a gap in our scientific knowledge is not nearly enough for an inference to a designer. To generate a good argument the theist must  (i) explain why atheism cannot explain a certain fact,  (ii) show that theism provides a good explanation for the fact. Perhaps the fact will have some feature that a Designer would value, like beauty. Or perhaps the fact would have some feature that other designers frequently produce; it might have a complex structure, for example, or be shaped for some use. The hydrogen cloud in McGrew’s example has neither.

A Brief History of the Gaps

William Paley is often accused of offering a ‘God of the Gaps’ argument. Science could not explain how the biological world displayed so much intricate order. ‘God did it’ was Paley’s reply. Just as we would infer a watchmaker if we discovered a watch, we should infer a designer when we discover the structure of the natural world. Then Darwin discovered a ‘blind watchmaker’, the mechanism of Natural Selection, and left Paley looking rather silly. Or so the story goes. 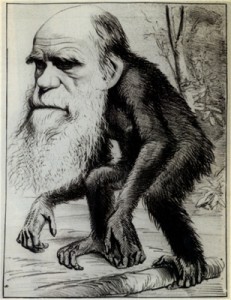 As it happens, the design argument that Paley offered initially did consider the possibility that we would find some ‘watch-making mechanism’ in nature. But what would explain the ‘watch making mechanism’? We could find an infinitely long series of mechanisms, each making the next mechanism in the series.  But sooner or later, Paley reasoned, you would find a Designer, or all those mechanisms making other mechanisms would be inexplicable.  Paley couldn’t think of a mechanism that could create other new mechanisms with novel and useful features. Darwin could and so Paley’s science went into the dustbin of history. But one of his design arguments remains unanswered.

Perhaps a more likely ‘God of the Gaps’ explanation  is due to Sir Isaac Newton. He famously suggested that God corrected the planetary orbits.  Newton’s calculations indicated that there would be accumulating errors in the orbits of the planets. This, he suggested, is corrected by God, who intervenes periodically to set the solar system aright. However this was not offered as an argument for God’s existence so much as it was an attempt to correct a potential fault in his scientific model.

But what Gap is Miller Crossing?

But Kenneth Miller is not pointing to gaps in our scientific accounts of nature. Miller is pointing to facts that science cannot explain in principle. Generally, scientists use laws to make predictions. Now some laws (Kepler’s) can be explained by other laws (Newton’s). But sooner or later we’ll reach a set of laws that are just foundational to science. They can’t be explained by any other law. At this point scientific explanation breaks down. As Richard Swinburne points out in The Existence of God

Now science can explain why one law operates in some narrow area, in terms of the operation of a wider law in the particular conditions of that narrow area. Thus it can explain why Galileo’s law of fall holds – that small objects near the surface of the Earth fall with a constant acceleration towards the Earth. Galileo’s law follows from Newton’s laws, given that the Earth is a massive body far from other massive bodies and the objects on its surface are close to it and small in mass in comparison. But what science by its very nature cannot explain is why there are the most general laws of nature that there are; for ex hypothesi, no wider laws can explain their operation.

So science cannot, in principle, explain why there are Laws of Nature. Why can we use mathematics to describe the universe? And why does anything exist for these laws to describe? Why is there something rather than nothing? Why is there intricate complex beautiful order when there are so many more ways for the universe to be chaotic? Science just can’t answer these questions as it needs the laws of nature before it can give explanations. To quote again from The Existence of God

The most general phenomenon that provides evidence for the existence of God is the existence of the physical universe for as long as it has existed … This is something evidently inexplicable by science. For a scientific explanation as such explains the occurrence of one state of affairs S1 in terms of a previous state of affairs S2 and some law of nature which makes states like S2 bring about states like S1. Thus it may explain the planets being in their present positions by a previous state of the system (the sun and planets being where they were last year) and the operation of Kepler’s laws which state that states like the latter are followed a year later by states like the former. But what science by its very nature cannot explain is why there are any states of affairs at all.

Can theism provide an explanation where science fails? Physics explains events by describing a state of affairs and a law of nature that made the event likely to happen. But Richard Swinburne points out that there is another type of explanation – Agent Explanation 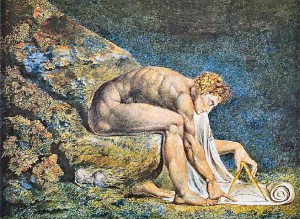 God is unlimited, personal power. We all know what it is to be personal: to be thinking, conscious beings. We can all readily experience personal power – this is simply the power to make choices. Our power is quite limited in nature, as we are finite physical beings. As sole creator, God’s power and awareness could not be limited by anything else. So, because God would be aware of everything that he could do, and everything that he has done, God would know every truth. This idea of God is perfectly meaningful; and if science has taught us anything it is that we should not dismiss an idea because it seems strange or difficult to imagine.

Theism just argues that there is a God who desires and makes an orderly universe. Such a person would have good reasons to bring a universe like ours about. Apart from our universe’s beauty and majesty, the order of the universe also allows for life and intelligent observers like us. And we know that agents frequently bring about order and structure in art, literature, music, dance and technology. This type of creativity seems to be part and parcel of being a rational agent.

So Kenneth Miller justifiably believes that theism can explain what science can’t. This is hardly an appeal to ignorance; it is actually an incentive to further study. Knowing that the universe has a creator deepens our understanding of nature and ourselves. But this is only the beginning of enquiry. What laws or mechanisms has the creator used? There is no way to know a priori; empirical investigation is required. Miller believes that the universe is rational, and that our minds have been designed to comprehend it. He is well motivated to examine nature so that he might “think God’s thoughts after him”.

In any case, Coyne’s position is simply incredible. It seems that, in practice, no amount of evidence could convince him that God exists: every argument for God’s existence is a ‘God of the Gaps’ argument. It makes you wonder how Coyne would explain judgment day. ‘All this thunder and Hell fire is very impressive, but there must be a scientific explanation…invoking God’s judgment is just renaming my ignorance.’ There’s a technical name Coyne’s argument in Philosophy of Religion – ‘bluffing’. But that’s all there is to the New Atheism. A long and tiresome series of bluffs and insults.