This year Good Friday falls on 3rd April,[1] but when did the crucifixion actually take place? Interestingly, it might well have taken place on Friday 3rd April in the year 33 AD. Identifying the date of the crucifixion is a tricky business, but there are good reasons for narrowing it down to a small range of options and perhaps even to the very day. 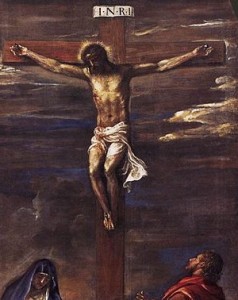 The Roman historian Tacitus confirms the account of the Gospels that Jesus was crucified when Pontius Pilate was procurator of Judea and so it must have occurred between 26 and 36 AD. It also seems clear from the Gospels that Jesus died before the beginning of the Jewish Sabbath, and hence on a Friday, at the time of the Passover, which occurs at a full Moon and takes place on 15th Nisan (corresponding to March/April). Allowing for differences of opinion as to whether Jesus was crucified on 14th or 15th Nisan, all we need to do is find out when the 14th or 15th Nisan fell on a Friday in the period 26 to 36 AD.

That turns out to be rather difficult, however. In a study of this topic, published in the prestigious scientific journal Nature in 1983, Colin Humphreys and Graeme Waddington improved on earlier attempts to use astronomical calculations to determine the relevant dates.[2] To do this they had to calculate when the lunar crescent following a new Moon and marking the beginning of the Jewish month would have first been visible from Jerusalem. Also allowing for other complications such as intercalary (leap) months, they came up with the following dates when 14th/15th Nisan fell on a Friday: 11th April 27 AD, 7th April 30 AD, 3rd April 33 AD, 23rd April 34 AD.[3]

27 AD is too early since according to Luke 3:1 John the Baptist began his ministry in the fifteenth year of Tiberius Caesar, which means 27-29 AD. At the other end, 34 AD is too late since it conflicts with the likely date of Paul’s conversion and would not fit so well with the length of Jesus’ ministry. So the main options are 7th April 30 AD or 3rd April 33 AD. To decide between the two 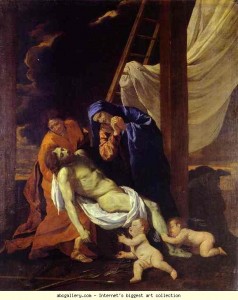 remaining dates, Humphreys and Waddington appeal to a partial lunar eclipse which can be dated to 3rd April 33 AD. Remarkably, their calculations show that this eclipse would have been visible from Jerusalem between 6:20pm and 6:50pm on that day. The Moon would have been just above the horizon and would probably have appeared red in colour. They link this to Peter’s quotation of the prophet Joel on the day of Pentecost that the Moon would be turned to blood. This interpretation could certainly be questioned, however, and many have favoured 7th April 30 AD instead. However, other factors may still favour the later date. In particular, given the likely starting date of John the Baptist’s ministry and hence the later start of Jesus’ ministry as well as the duration of Jesus’ ministry, arguably 3rd April 33 AD is more plausible. For more discussion see here.

Irrespective of which of these dates is correct, it is interestingly that both correspond to 14th Nisan and, as Humphreys and Waddington point out, this means that Jesus was crucified at the time when the Passover lambs were being slain, which is consistent with various New Testament passages such as 1 Corinthians 5:7 which refers to Christ as ‘our Passover lamb’. Furthermore, this sort of work shows that the life and death of Jesus and of the Christian faith more generally is firmly rooted in history.

[1] At least for Western Christianity. In the Eastern Orthodox Church it is on 10th April.

[2] For their Nature article, see here. For related articles by the same authors see here and here.

[3] Dates refer to the Julian calendar.