“You’re Only a Christian Because of Your Birthplace!”

A popular criticism of Christian belief, and religious belief in general, is that it is an accident of birth. Typically, the argument goes something like this: If you are a Christian, the chances are that your parents were Christians too. If you had been born to Muslim parents in Saudi Arabia, you would almost certainly have been a Muslim. This shows that your Christian faith is unjustified since it is simply an accident of birth. And, of course, the same point would be made about other religious beliefs too.

This really is a very weak argument, but it is surprisingly popular so it merits a response. When this objection is raised, I usually point out that if the person making the objection had been born to Muslim parents in Saudi Arabia, he too would almost certainly have been a Muslim. If he is an atheist, then his atheism seems to be an accident of birth[1] and, if his argument is valid as an objection to Christianity, then it would also be valid as an objection to atheism, showing it too to be unjustified. Most people see the problem here, but on one occasion a person tried to tell me that he would have been more likely to reject Islam if he had been born to Muslim parents than I would. 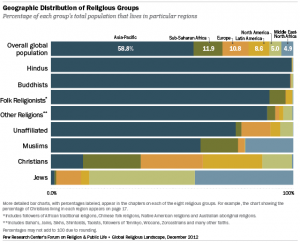 Roughly, the idea seemed to be that, unlike me, he had not gone along with the prevailing religious beliefs in our society. Hence, he thought he would be more likely to reject Islam in an Islamic society. I pointed out that I too had questioned the beliefs of my society, but that unlike him I had come to the conclusion that there were good reasons to accept the claims of Christianity. What would I (or he) have done in an Islamic society? Who knows? Maybe we’d both have gone along with it. Maybe he would have questioned the beliefs and rejected them becoming an atheist, while I would have questioned them and rejected them becoming a theist with no particular religious commitment.

Perhaps what he really meant was that he had found the truth (atheism) here and so he would have found it in an Islamic society too, but of course I could just as easily claim that I have found the truth (theism) here and so I would have found it an Islamic society too. Without begging the question about whether either of was correct in our beliefs, he couldn’t apply the argument as an objection to Christianity without it also applying as an objection to atheism. 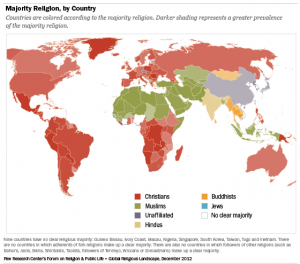 It certainly seems to be true that if you are a Christian, it is reasonably likely that your parents were Christians too, but nothing very interesting follows from that. How did Christianity become the world’s largest religion having started out with just a handful of followers? It certainly wasn’t because people just accepted their parents’ beliefs without question. Also, if we broaden the discussion out to consider societies, then it is clear that Christianity crosses all cultural and ethnic boundaries – it is a global religion.

In fact, in the past it was dominant in Europe, but that is no longer the case (presumably because people rejected their parents’ beliefs) and in fact it is rapidly growing in other parts of the world including many parts of Africa, Asia and South America (presumably again because people rejected their parents’ beliefs). Ironically, atheism appears to be much more prominent in certain societies. In particular, atheism (or at least being non-religious) is correlated with wealthier nations. Could it be that atheism is an accident of birth, not only because most atheists would have been Muslims if they had grown up in Islamic societies, but also because they happen to have been born in more materialistic societies? 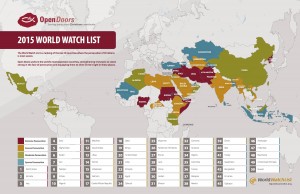 I think part of my friend’s point was that it took more courage to be an atheist in our society. Again, it’s not clear that anything very interesting follows from that, but in any case it is very doubtful at least in the case of Western Europe. The intellectual scene has been dominated by secularism for two hundred years and most societies in Western Europe are deeply secular even if there is an acknowledgement of a Christian heritage in some cases. So it really doesn’t take much courage to be an atheist or agnostic in Western Europe. Contrast that with the widespread persecution of Christians in many countries such as Iraq, Pakistan and Nigeria. John Allen in The Spectator claims that “the global persecution of churchgoers is the unreported catastrophe of our time.”

Many Christians criticize the argument we have been considering on the grounds that it commits the genetic fallacy. That is, it seeks to discredit a belief based on the origins of the belief rather than by trying to evaluate the belief on its merits. Proponents of the argument will deny that it commits this fallacy, claiming that it highlights an arbitrariness in the belief that undermines its credibility. However, as we have seen above, this arbitrariness is really not much of an objection and would apply to atheism just as well as it does to Christianity. That being the case, there is little more to the argument than the genetic fallacy. 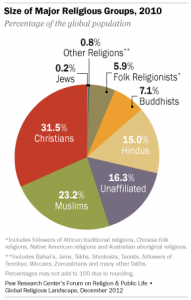 Why is the argument so popular? Arguably, this is because of the grain of truth in it. If someone tried to justify their Christianity on the grounds that they believed it because their parents believed it, that would of course be an astonishingly poor justification. In fact, it would be a version of the genetic fallacy itself (in this case supporting a belief based on its origins rather than on its merits). So the argument would have some force if there were no grounds for Christian belief other than believing what your parents believe, and sceptics would be entitled to point this out. #

But there are plenty of reasons that can be offered in support of Christianity and many of them can be found on this site. Sceptics might deny that these reasons provide any support for Christianity or claim that advocates of other religions could provide similar reasons for their beliefs, a claim which often amounts to little more than the assumption that all religions are equally false. There are excellent reasons to deny both of these sceptical claims, but more importantly, the only way to decide is to evaluate all the relevant reasons on their merits. Appealing to the origins of people’s beliefs or what they would have believed had they been born in other societies will simply not do. 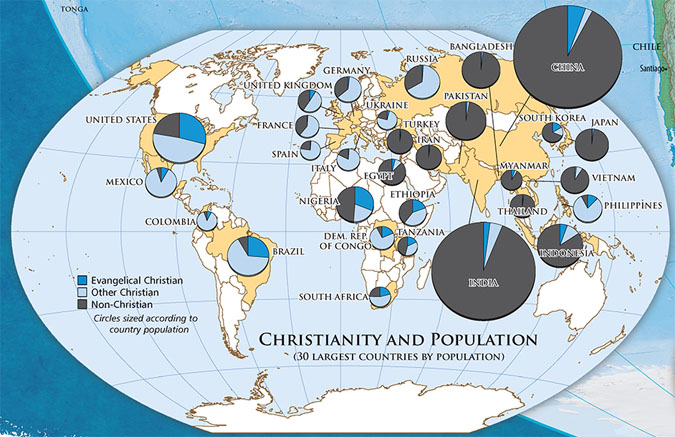 [1] Perhaps his parents were not atheists (I’m not sure), but even so his atheism still seems like an accident of birth if he would have been a Muslim had he been born to Muslim parents in Saudi Arabia.