The Open Society and Its Respectable, Elected Enemies

Anyone interested in a free and frank discussion about religious doctrine and ethics will be feeling a distinct chill in the United Kingdom. David Cameron’s government is proposing to introduce Extremism Disruption Orders (EDOs) which would  censor “non-violent extremist” views and penalise those who express them. This is part of a policy to repress viewpoints which are hostile to basic liberal values such as “democracy, freedom and sexual equality”. Should there be any doubt about the range of views which could be targeted, Mark Spencer MP has stated  that these orders could be used to prevent teachers from teaching that gay marriage is wrong.

So to support the traditional, covenantal view of marriage  would not merely be bigoted: the law would define it as “extremist” and might criminalise those who defend it in public. The National Secular Society (who have defended free speech with admirable consistency),  civil liberties groups and The Christian Institute have all expressed alarm; it is possible that, in the absence of intelligent safeguards, legitimate dissent to mainstream religion and secular orthodoxy will become impossible. Claire Fox, founder of the Institute of Ideas, has accused the government of trying to “police thought“; atheist Brendan O’Neill has called the proposals “terrifying“. We do well to remember that Frederick Douglas,  Henry David Thoreau and William Lloyd Garrison would have qualified as “non-violent extremists” given their public sympathy for vigilante John Brown. 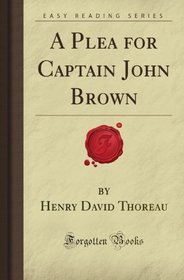 As if to illustrate just what life might be like under EDOs, in Northern Ireland, Pastor James McConnell is being prosecuted under the 2003 Communications Act[i] for an online sermon which called Islam “satanic” and “one of the great evils in the world”. He also said he agreed with the late MP Enoch Powell’s infamous “Rivers of Blood” speech, which criticised multi-culturalism and mass- immigration. However, he subsequently stated that he was merely referring to those Muslims who use their religion as justification for violence and condemned all religious discrimination.

Several points need to be made in response to Pastor McConnell’s case. First of all,  civility is a Christian virtue. Christians need to be careful in the language they use, particularly in public discussions, when offensive language can have the effect of dehumanising others and closing minds before civil debate can even begin. It is true that some of the sermons in the New Testament  use abrupt, harsh language. But Paul did not begin his sermons in Lystra and Athens by demonising idolaters. And Jesus did not compare the religion of the Samaritans or the pagans who lived in the Decapolis as “satanic”. He did, however, use such language to describe hypocrites within his own religion and to rebuke his own disciples. Our most ferocious language must be retained for self-criticism.

Second, true freedom of religion demands more than freedom from legal discrimination. Christians believe that we need to be transformed inwardly if we are to truly worship God; outward conformity means nothing in the absence of sincere belief. To have genuine religious freedom, we must be able to freely choose the beliefs and values we live by. Religious minorities must not be brought under social pressure to conform to other norms. Third, everyone has a right to a quiet and peaceful life. While freedom of religion depends upon freedom of speech, free-speech must be balanced against an individual’s right to be free from harassment and fear. In other words, we must not cause others needless anxiety, inconvenience or annoyance. So it is morally wrong to suggest that a particular religious minority cannot be trusted or that their presence in the United Kingdom could lead to “rivers of blood.” 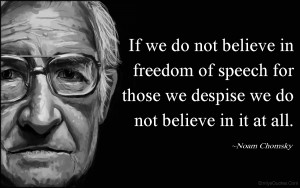 In other words, I do not approve of Pastor McConnell’s sermon. However, to say the least, I have deep concerns about his prosecution. While civility sets boundaries for the speaker, it also places demands upon the listener. If a group insists on discerning offensive language every time its beliefs are publicly challenged then rational debate with that group becomes impossible. If they use the law to silence language which makes them uncomfortable, many will be intimidated into silence. If liberal democracy is to survive individuals must feel free to criticise any set of ideas. This means that one’s deepest commitments can be challenged in ways that cause discomfort or offence.

Some religious and ‘free-thinking’ doctrines will naturally offend others. I might be upset when Muslims preach that my belief in the Trinity is idolatrous and my belief in the incarnation is blasphemous. It is infuriating to be accused of “blind faith” and “doltish credulity” by atheists who should know better. But that is simply the price I pay for religious freedom. In any case, it benefits me to have my faith challenged publicly: it motivates me to defend it, which inspires me to know it more deeply. So, while we must always try to be civil, being uncivil should not be criminalised. 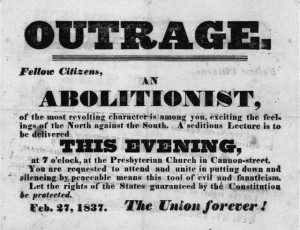 It is devilish to threaten a septuagenarian in ill-health with a six month prison sentence when he has not harmed anyone. Pastor McConnell preached his sermon in an evangelical Church; it was not uploaded to social media but to a Church website. You would have to deliberately seek out the offensive content to be offended. You would also need to have a thoroughgoing ignorance of the Protestant fundamentalist subculture. It is not uncommon for fundamentalist preachers to denounce anything they consider false or misleading as “satanic.” In my youth I heard beer described as the “devil’s vomit”; pub landlords and off-license owners did not feel menaced or offended.

Unfortunately, Pastor McConnell’s trial is part of dangerous trend and a worrying context. “Reckless muzzlers”, like Tony Blair’s European Council on Tolerance and Reconciliation, want to use the law to silence the plurality of voices in Britain. A plural society is morally and intellectually challenging precisely because no-one can take their beliefs for granted. “Common sense” is a poor defence for a practice when different members of numerous communities hold radically different practices in common. Everyone is forced to examine their basic assumptions – especially those in power. So it must be tempting for the establishment to use the law to leverage dissidents into silence. 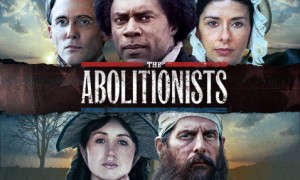 According to journalist Nick Cohen, Blair and his ilk ‘want to extend the borders of censorship by criminalising prejudiced speech as “group libels“‘. Any statement which could cause tension between communities might carry a criminal or civil penalty. The underlying assumption is that religious communities and their secular critics cannot peacefully tolerate one another. This implies that liberal democracy has failed – that citizens have failed the moral challenge presented by the right to free-speech. Worse, anything which challenges the norms valued by the establishment – including “non-violent extremism”, “homophobia” and “anti-Feminism” – would be removed from the public square.

Of course, in a free society we can be exposed to many bigoted and dangerous world-views; but we do not need the police to defeat these. As Cohen quite correctly argues:

I have often dismissed such authoritarianism with the chirpy riposte that if you cannot beat a neo-Nazi/Islamist/misogynist in argument then you shouldn’t be in the arguing business at all. It is not as if they have brilliant points to confound you. If you cannot take them on without calling for the cops, you should make way for someone who can.

The establishment may think it is promoting enlightened peace and tolerance. However, it is difficult not to suspect that it is merely using the law to shield all of its values from public critique. Furthermore, their proposals are horrendously dangerous. By criminalising intolerance, it will turn fanatics into exotic and exciting martyrs. Young people will suspect that dangerous views are banned simply because there are no good arguments against them. And by shutting down public debate we will lose the opportunity to win hearts and change minds.

Legislation cannot change motives or inclinations; if an open society is to survive its members must desire to live peacefully with one another. We must see that it is good to freely choose our beliefs, to subject them to criticism and to build a home with the very neighbours who have criticised us. Liberal democracy is not merely a set of rules but a moral challenge to turn the other cheek and to seek the good for everyone who lives in our city. The establishment seems to be abandoning our open society; Christians must work with those fighting to keep the vision alive.

[i] It is worth noting that the Lord Chief Justice made it clear that “Satirical, or iconoclastic, or rude comment …even if distasteful to some or painful to those subjected to it” should not be affected by the Communications Act 2003. In the Crown Prosecution Service’s Guidelines on prosecuting cases involving communications sent via social media there is some concern to protect secular satirists and comedians. This leads me to wonder why similar courtesies have not been extended to religious and philosophical leaders.