Should we view the order of the universe, and our ability to comprehend that order, as evidence of God? As discussed in the article The Evidence for God, a fact provides evidence for God if God’s existence provides a better explanation (or helps us make more sense) of the evidence than would be the case if there is no God.  So we need to consider the evidence in light of theism on the one hand and atheism on the other. Let’s start with atheism. From an atheistic perspective, there doesn’t seem to be any explanation for the order in the universe; it would just be a brute fact or a ‘happy accident’ as Polkinghorne puts it.

But that doesn’t seem good enough. In the absence of an explanation, we would have no reason to expect the high degree of order that we find. But does theism fare any better? To many it seems very likely that if the universe is the product of an intelligent mind, it would exhibit order. But others object that theism has no predictive power because we don’t know what sort of universe God would want to bring about. We simply do not know enough about his plans or values to make a prediction. 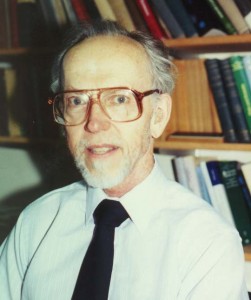 But this objection is deeply flawed. Whatever else God is, he is personal and can be thought of as a rational agent.  Philosopher William Alston points out that part of the very definition of an agent is a “being that acts in the light of knowledge to achieve purposes, a being whose actions express attitudes and are guided by standards and principles.” And Del Ratzsch notes: “Agents, nearly by definition, act toward preselected ends, and typically employ instrumental means in the pursuit of those ends”.

So, if God has been at work, we can expect to find evidence of rational actions. While there are differences between God and humans, God and humans still have certain properties in common. Both are rational, both are agents, and -unless we wish to embrace some form of moral scepticism – we should acknowledge that both would recognise similar values. If we share some values with God then we could recognise at least some of his aims. 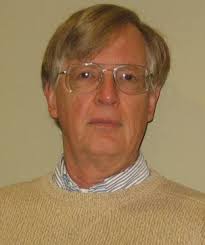 We simply do not need precise information about a designer’s intentions and goals to know that a designer is responsible for some state of affairs. Suppose an unmanned probe discovers curious items on the surface of Venus, or on the surfaces of Titania and Oberon, two of Uranus’ moons. These items are simple blade-like objects with smoothed edges and what seem to be decorative patterns. Further suppose that each item has the appearance of age, and seems to be made from material that is abundant in that vicinity. The devices also seem to be quite primitive compared to our current technology. So space travellers are unlikely to have left the devices behind. 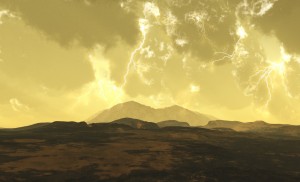 Intuitively, it seems likelier that these items would exist given design than by chance. This could be because these artefacts could serve utilitarian, ceremonial or aesthetic purposes. The designer’s exact goals are not clear. One does not need independent evidence of the designer’s nature and goals to infer that design is a likelier explanation than chance. One need merely see some feature of the object that would plausibly give rational agents reason to create that object as an  artefact. 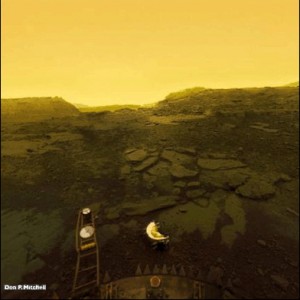 So it seems sensible to infer that rational agents existed on the planet at some stage and created these artefacts. If it is confirmed that the location is extremely hostile to complex carbon-based life, human-like creatures as the designers can be ruled out. Natural selection would have had to have taken a radically different course to produce complex intelligent life on Venus or Oberon. Yet it could still inferred that “devices” or “artefacts” had been discovered.

So beings similar to humans need not be present to infer design; and knowledge of a designer’s abilities and intentions does not seem to be necessary to infer design either. Imagine another scenario. Sunspots appear as darker features on the photosphere of the Sun, and are regions of slightly lower temperature. Suppose that scientists were to observe a sunspot behaving in a very unusual fashion. The sunspot dips and rises in temperature very rapidly at regular intervals. After a period of observation, an unexpected pattern emerges. 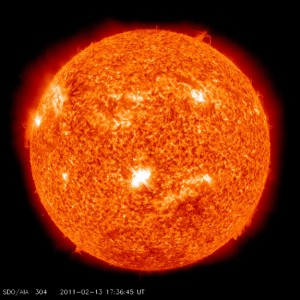 The sunspot’s temperature will dip and rise from 4000 to 3000 K twice, then three times, five times, seven, eleven, thirteen, etc.  After a period of rest the cycle will begin again, but each time a new prime number is added. It seems very likely that the cause of such an event could involve a designer. Yet it is difficult to see any strong analogy with any event caused by humans. No human technology could manipulate the photosphere of our sun in this way. There is no way of specifying the purpose of making a sunspot dip and rise in temperature in accordance with the set of prime numbers.

In other words, there is no way to independently justify auxiliary hypotheses about a designer’s abilities or goals. Is it a signal? An aesthetic exercise? An experiment? It could be any of these, or none. Yet it seems obtuse not to consider design as a plausible explanation of the sunspot’s activity. This second thought experiment shows that an inference to a designer can be made from objects which do not strongly resemble objects made by humans; and both thought experiments suggest that design inferences can be made to designers who would not strongly resemble human beings. Indeed, it does not seem that much information about the designer is needed, other than the designer is a rational agent with the power to bring certain events about. 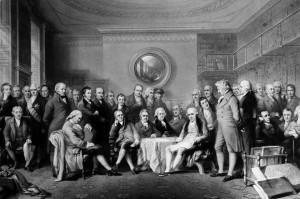 We know from observation and our own direct experience that rational agents bring about complex states of affairs that are ordered for some purpose (eg. machines) or that bring about some value (eg art). So the complex detail  and objective beauty of the cosmos (and the fact it makes biological life possible) cry out for a theistic explanation. Of course we can’t predict exactly what kind of order God would produce nor how he would do it. This is exactly why the first scientists believed that experiment and observation were essential for knowledge of our world.  But they did predict that the universe would have an order which scientists could comprehend because the universe had a rational designer.

So theism makes an ordered universe more likely. But does theism make an intelligible universe – especially one which is governed by comprehensible laws and which can described by mathematics – any more likely? As a matter of historical fact, many of the founders of modern science expected the universe to be intelligible to humans because they believed in a rational creator. The mathematician and astronomer Johannes Kepler remarked that in doing science he was ‘thinking God’s thoughts after him’.

This was not at all far-fetched. If our minds are the result of design we could rely on them to discover the truth. Rational rulers used laws to govern – and God was the ruler of the universe. And it would not be surprising to discover that mathematics could describe the universe if the divine mind and human minds were analogous in at least some respects. Finally if the universe is created by a good God, he would not systematically deceive us. In light of these considerations, Kepler and his fellow scientists were surely right to think that there is much more reason to expect an intelligible universe if there is a God than if there is not.

So it is obvious that any complex, valuable, beautiful and intelligible state of affairs – including our universe – is much, much more likely given theism than chance.