Can Scientists Trust Their Brains If Atheism is True?

Modern atheism has been sustained by the world-view of scientific naturalism. This worldview has two notable elements –  scientism and materialism. Scientism is the belief that the scientific method is the only way we can discover the truth about whatever is real.  The arts may make life bearable, but if we want to know the truth about the universe we need to use the scientific method. Everything that exists will ultimately be described in the language of biology, physics and mathematics.  A “Theory of Everything” will explain why the universe exists with just the laws that it has. Consciousness and moral values will turn out to be events in, or functions of, the human brain. 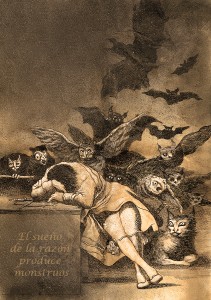 Of course, if you only ask certain kinds of question you’ll only receive certain types of answer. If someone insists that scientific questions are the only questions worth asking they are determining, in advance, the types of answer that they will receive. Scientific answers are tied to the language of mathematics, and tend to avoid the language of purpose, meaning and value. If you will only listen to scientific answers then you will inevitably conclude that the universe lacks purpose meaning and value.

Materialism is the belief that there is no non-physical reality. Everything is composed of objects that could, one day, be quantified, measured, and described by physicists. Whatever cannot be described by science is not real. So you do not have a soul, your mind is nothing other than your brain in action, and no divine power governs this universe. Whatever thoughts and feelings turn out to be they will be entirely determined by the physical facts – facts about the environment, our nervous systems and how they interact.

If every physical event has physical causes which are sufficient to produce it, then scientific naturalism subscribes to the causal closure of the physical domain. Whenever we seek to explain an event or entity we need appeal only to physical laws and physical objects. This entails that we need never appeal to subjective consciousness, thoughts, plans, intentions or desires to explain the properties of any organism. As Kai Nielsen points out:

So it may seem as if we have non-physical minds and that our thoughts and intentions and choices produce actions. But, in fact, the immaterial soul and  free-will are illusions. Every mental state is caused by an underlying brain state and its connections to other brain states. If brain states fully explain our beliefs and their connections, then there is no need for an accompanying explanation in terms of persons and their reasons. In fact “reasons” have no causal power at all. Human rational reflection is an illusion – merely the afterglow of neural processing. 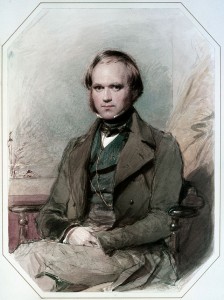 Why would a naturalist believe that our cognitive mechanisms reliably produce true beliefs? Darwinian evolution offers an explanation. Organisms with mechanisms which reliably produce true beliefs are better adapted to their environments; therefore natural selection ‘favours’ these organisms.  A trait is adaptive if it helps a creature which has it survive and reproduce given the way its environment is. If an environment contains a dangerous predator, then traits which keep organisms away from that predator are adaptive.

Darwinian evolution might also guarantee the reliability of our inductive practices. We regularly make generalisations because we cannot treat every situation as if it is entirely new. To make generalisations we must be able to group things into categories or classes.  If we recognise lions as forming a class we can form the useful belief ‘lions are not safe to approach’. But there are many different ways in which we could classify things. 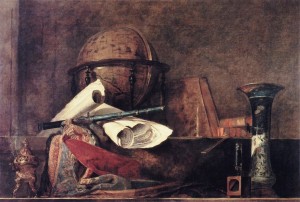 Furthermore, if scientific naturalism is true there is no teleological explanation for the development of our faculties; that is, the course of our evolution was not designed. Our beliefs are “visible” to natural selection only insofar as they influence, or are influenced by, adaptive behaviour. So, given Darwinian evolution and scientific naturalism, will adaptive behaviour be reliably correlated with true belief? It isn’t clear that it will.

Furthermore, there are many “adaptive misbeliefs”: beliefs which are not true but are nevertheless adaptive; it is useful for the organism to believe this particular falsehood. The belief that true love lasts forever, that it is good and noble to die for one’s country, or that a placebo can ease our pain are all useful. Plus, the scientific naturalist believes that free-will, objective moral truths, the reliablility of conscience and religious experience are all widely believed useful fictions.

And, even though misbeliefs might carry a cost for an organism, there is no guarantee that natural selection will weed out every maladaptive misbelief. In evolution, forgivable malfunctions may be common.Even if true beliefs are the best beliefs for organisms, design constraints and historical contingencies may prevent natural selection from finding the best solution. Natural selection never optimises, it only finds locally satisfactory solutions. 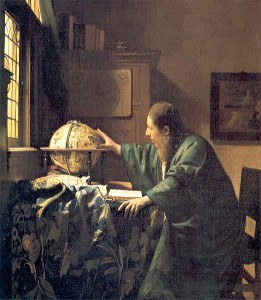 But suppose we grant that those faculties which are relevant to survival and reproduction are reliable; suppose we allow that we have true beliefs about predators, food, mating and the like. A deep problem for scientific naturalism remains. For it hardly follows that faculties which are not relevant to survival should be considered reliable. It is perfectly possible that our mental machinery should work well on simple perceptual tasks, but is much less reliable when applied to theoretical matters.

Consider those faculties which produce our beliefs about theoretical and metaphysical matters. Consider large scale scientific theories, like quantum mechanics and general relativity, or metaphysical schemes, like idealism, theism and naturalism. According to scientific materialism, our cognitive faculties were selected because they were useful to our distant ancestors. But the problems of string theorists and cosmologists are not the problems of stone aged hunters. We noted that our inductive practices will only be reliable if we have the ability to pick out the relevant similarities between things. But we can only allow that our faculties allow us to make accurate generalisations about the observable world .

So Darwin’s theory provides little encouragement that we will make reliable inductions about subatomic particles or evolutionary processes which are, in principle, unobservable. It is also fairly clear that reliable metaphysical beliefs would have no clear survival value. So the scientific naturalist’s beliefs about science’s explanatory power and the truth of materialism as a world-view are undermined by a defeater: we cannot trust the source of our beliefs about the unobserved processes and entities invoked in large-scale scientific theories.

Our faculties were not selected to form reliable beliefs about the sorts of unobservable forces, processes and entities that many scientific theories appeal to. We have no reason to think that the evolutionary process responsible for creating human cognitive faculties produced cognitive faculties which could provide reliable beliefs about unobservable forces, processes and entities or metaphysics. And we have very good reason to think that evolutionary process would not aim at producing reliable beliefs about physics or metaphysics. It would not filter our unreliable intuitions and beliefs from our assumptions and premises.

Therefore, we cannot trust our beliefs about unobservable forces, processes and entities or metaphysics. Scientific naturalism is a metaphysical world-view which contends that science can provide satisfactory explanations for the universe. But if scientific naturalism is true then we shouldn’t trust such scientific explanations, and we shouldn’t believe in world-views like naturalism. This particular brand of atheism devours itself.

This conclusion is quite shocking, and that naturalists will strongly resist the conclusion that this version of atheism is self-defeating and will explore every possible avenue before accepting it. But there is a less shocking version of the argument, which merely points out that scientific naturalism has difficulty explaining the reliability of our cognitive faculties. Suppose, as we do in practice, that our cognitive mechanisms are generally reliable in terms of giving rise to true beliefs.

This reliability is what we would expect if there is a God since it is very plausible to believe that he would create us in such a way that our cognitive mechanisms produce beliefs which are not merely useful, but also true. This is much less to be expected if atheism is true. If so, then the reliability of these mechanisms provides evidence in support of belief in God. The reliability of our cognitive mechanisms is just one more piece of evidence to support belief in God. Arguably, it is quite a strong piece of evidence since it is much more easily accounted for by theism than atheism