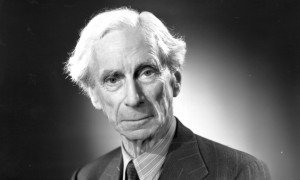 atheists today cite the same objection. Let’s call this the insufficient evidence objection. Before responding to it, it is worth exploring how it relates to the presumption of atheism which I considered in Part 1. Recall that the presumption of atheism is basically the idea that in the absence of evidence for God, atheism should be the default position. Or to put it another way, it can be considered as the claim that there is a greater burden of proof on the theist to make a case for God than for the atheist to make a case against God.

What about the insufficient evidence objection itself? Should it be accepted? If evidence is conceived too narrowly, then it might seem reasonable. For example, if the only kind of evidence that can be considered for the existence of an entity is direct detection with the five senses, then there would be no evidence for God. However, this is completely inadequate as an account of evidence, even within science. If evidence is understood more plausibly in terms of facts that are better explained by one hypothesis than its rivals, then there could well be evidence for God. The theist would be able to argue that there are various features of the universe and human existence that are best explained by the existence of God, and so provide evidence for God.[1] For more on this, see The Evidence for God.

Even if it is granted that there might be some evidence for God, it might still be objected that it is insufficient, but how are we to decide? How much evidence is needed and how convincing does it need to be? In previous articles on this site we’ve argued that there is plenty of evidence for God, but see also the article on From Evidence to Faith. We wouldn’t claim that the evidence logically proves God’s existence nor that it is such as to make God’s existence obvious, but neither of these are requirements for evidence to make a belief reasonable and neither is appropriate in science.

Interestingly, since Russell’s death in 1970, powerful new scientific evidence concerning the fine-tuning of a range of physical constants that are necessary for intelligent life has provided an interesting twist on the design argument. Is this evidence sufficient? If not, why not? And perhaps more importantly, what kind of evidence would be needed? A challenge for the modern day defender of Russell’s claim is to show why evidence from fine-tuning is insufficient, while at the same time not setting the bar unreasonably high in a way that would be inappropriate even in science (e.g. demanding logical proof or evidence that makes God’s existence obvious).

So is the evidence sufficient for God? The only way to decide is by considering the evidence in detail. Like the presumption of atheism, merely stating that there is insufficient evidence isn’t much help. Regrettably, for some atheists it has become little more than a slogan, a way of avoiding the need to consider the evidence seriously. And it would be an unfortunate irony if a statement which at face value emphasizes the importance of evidence is actually used as a strategy for avoiding it.

[1] Some would deny that evidence is needed at all for belief in God, but the most plausible way to make sense of this claim is to maintain that it can be reasonable to believe in God based on personal experience. This, however, could be thought of as a kind of evidence that is not available to others and so differs from the publicly available evidence I have in mind here.