An excerpt from “New Atheism: A Survival Guide”

Available in Paperback and  Kindle (UK) and Kindle (US) 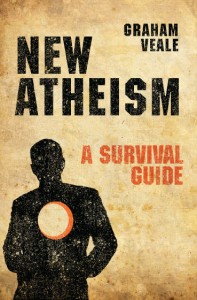 Here’s a simple lesson for teachers. It’s never pleasant to have your ideas challenged in class. So you have several options when a student challenges your opinions. If the student has made a simple factual error, you should correct them. If the disagreement is over interpretations, simply state why you disagree with the student. But help them to state their objection with greater clarity, and more precision. Encourage students to pursue their own ideas in their own time. The best teachers engage with opinionated students, offering guidance and even incorporating that student’s viewpoints into the class.

But there is another course of action that is too tempting for many teachers to resist—especially for those in higher education. The academic holds all the cards in the lecture theatre. He has and he is the authority. So it is all too easy to ridicule the student’s ideas in front of her peers. Or, at the very least, make her seem backward, ill-informed and out of fashion. Doesn’t she know that her ideas have been abandoned long ago, and are dismissed in the latest publications? Who has put these ridiculous notions in her head? The student’s question is not thoroughly examined. Her position is dismissed without critique. We can’t have the Professor’s opinions challenged by an undergraduate, can we?

This is the strategy pursued by the New Atheists. Dawkins’ grasp of philosophical arguments wouldn’t get him a pass grade in a high school class. But he doesn’t mean to deal with the questions that theists are asking. He’s ridiculing his opponents’ position. The reasons for theism must be so bad, why even read about them? My goodness, no, you just dismiss them. For example, Dawkins asserts that scientists who hold orthodox Christian beliefs ‘stand out for their rarity and are a subject of baffl ement to their peers in the academic community.’ He cites surveys to show that the majority of scientists do not believe in a personal God, and that the vast majority of Nobel Laureates are unbelievers.

In The God Delusion Dawkins discusses a similar tactic in a section entitled ‘The Argument from Admired Religious Scientists’. There Dawkins, correctly, ridicules the idea that the existence of theistic scientists, past or present, is some- how evidence for the existence of God. So why mention that ‘American scientists are less religious than the American public generally, and that the most distinguished scientists are the least religious of all’ or that Nobel Laureates don’t tend to be religious? If we can’t use religious scientists as evidence for God’s existence, why argue against God’s existence from admired non-religious scientists?

So maybe Dawkins is pursuing a very different strategy. Perhaps it isn’t so much that Dawkins wants young scientists reading his book to consider these statistics as evidence against the existence of God. Rather Dawkins is showing young scientists what they need to believe to fi t in with the elite. No- one who wants to be considered well informed could possibly consider theism as an option. Don’t they know it’s all just fairy tales and imaginary friends? We can dub this rhetorical strategy ‘sneer pressure’. The aim is to gain converts by peer pressure, to make the faithful feel foolish and out of place in the modern academic environment. The reader is pressured to yield to the Professor’s superior intellect, and to conform to the norms of the ideal rational community. The New Atheists have not offered one original argument for atheism. But they’ve plenty of original insults. Dawkins merely talks about theistic arguments in condescending terms, and implies that the well-educated would never take a theist seriously. If a young man or woman wishes to get ahead in the academy they should be advised to drop any religious conviction as soon as possible. This must be a sobering thought for those at the bottom of the academic food chain.