Something that has struck me recently is a certain attitude towards Christianity that can lead people to dismiss it completely. Some people have so many questions about Christianity that they think there couldn’t be reasonable answers to all of them and, as a result, they quickly conclude that Christianity couldn’t possibly be true. By contrast, I happen to think there are very good reasons to think that Christianity is true. That leaves them confused. They listen politely to my reasons (and perhaps accept that there is something to them), but are still bewildered as to how I could accept Christianity when to them there seem to be so many unanswered (and perhaps unanswerable) questions. What is going on? Of course, we all have our different perspectives, biases and worldviews, but even taking all of that into account it’s difficult to understand why two people can arrive at such different conclusions. 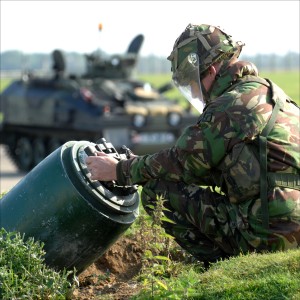 What kinds of questions have I in mind here? The sort of person I’m thinking about has loads of questions about the first few chapters of Genesis and that’s just for starters. Isn’t the Genesis account in conflict with science? How could anyone believe that everything was created in just six days a few thousand years ago? If I say that I don’t believe that, they’ll acknowledge that as a possible move, but think that this is just the first step in rejecting a whole host of things that Christians really should believe. Then there’s the topic of evolution, the creation of Adam and Eve, the Garden of Eden, the flood, and so on.

And the questions aren’t just scientific ones. There are historical questions too. Can we accept the Old Testament as an accurate historical account of the history of Israel? Similarly, how do we know the Gospels are completely reliable? (And don’t they contradict each other anyway?) And then there are moral questions about the actions of God in the Old Testament or the existence of hell. And theological/philosophical questions about, for example, how to explain the human and divine natures of Jesus, the Trinity, or how God’s sovereignty could be reconciled with free will, etc., etc.

The above questions are just a sample, but it gives the general idea. All of this can make for a challenging conversation! I happen to think that there are reasonable answers to a lot of these questions, but they are all big topics that require exploring in some detail and aren’t amenable to pat answers.If I try to address one topic, it’s easy to move on to another, and even if some of my answers might seem plausible, the endless list of questions might still leave the impression, that overall I’m fighting a losing battle.

But this impression is very misleading. To see why, we need to distinguish between problems and puzzles. By a problem I mean something that strikes at the core of Christianity. By a puzzle I mean an interesting but less core question about Christianity that thoughtful Christians should think about. The idea is that there are key beliefs at the core of Christianity. For example, I would say that if there are good reasons to believe that a) there is a God, and b) Jesus rose from the dead, then there are good reasons to think Christianity is true. We can think of Christian belief as being like a web where the core beliefs play a very important role, so that if one of these is rejected the whole web unravels. So, if Jesus didn’t rise from the dead, Christianity is false. Other beliefs are much more peripheral, so that Christians can disagree about them without it having much effect on the web as a whole. Differing views on how God’s sovereignty is to be reconciled with human freedom would be an example. Of course, other beliefs might fall somewhere in between – not right at the core, but not peripheral either.

My contention is that many of the questions mentioned earlier fall into the category of puzzles rather than problems because they don’t call into question the beliefs at the core of Christianity. In particular, they don’t call into question the existence of God or the resurrection of Jesus. I would strongly recommend that anyone who is considering Christianity should focus on these core beliefs. Objections to the core beliefs could constitute problems and so need to be addressed, but notice that the questions mentioned earlier are not of this kind. 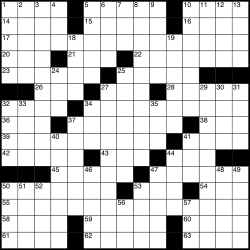 Let’s take a couple of examples. What about creation? How did God do it? To what extent did God use natural process and to what extent did he act directly in creation? There are a whole range of views that Christians have on this. Some might be more plausible than others, but note that the question about how God did it (and how Genesis relates to science) is a totally different order of question from whether God did it. The latter is a potential problem that needs to be addressed because it strikes at the core, whereas the former is an interesting puzzle for Christians to think about it.Furthermore, I would argue that on the core question of whether God did it, there are excellent reasons to answer in the affirmative. Of course, that is another topic, but the key point here is that the fact that there are puzzles about how God did it does not constitute a problem for whether God did it.

Or consider the question about how we could know that the Gospels are completely reliable and the related claim that they contain contradictions. Now, while I wouldn’t want to claim that we can establish the complete reliability of every claim in the Gospels on historical grounds, I’d say a good case can be made for their general reliability. Similarly, responses can be given to many of the alleged contradictions, some more plausible than others. However, there are puzzles here for Christians to think about. Note again, though, that such puzzles do not constitute a problem for the core claims of Christianity. In particular, I would argue that an excellent case can be made for the core belief that Jesus rose from the dead. The sceptic might disagree, but that’s where the focus of the conversation should lie, not on the need to verify every claim in the Gospels or resolve every apparent inconsistency.

I should stress that my point is not that the questions mentioned earlier are unimportant. Not at all. My point is just that many of them should be thought of as puzzles, which Christians should think seriously about in order to understand their faith better, rather than as problems that strike at the core of the Christian worldview.