Creationism and Evangelicals: an Important Clarification

The National Trust drew some criticism a few years ago for including an exhibit at the new Giant’s Causeway Visitor Centre which acknowledges that:  “Young Earth Creationists believe that the earth was created some 6000 years ago. This is based on a specific interpretation of the Bible and in particular the account of creation in the book of Genesis.” The exhibit does not suggest that these beliefs have any scientific merit. It merely points out that many people in Northern Ireland share this perspective. Nevertheless, secular organisations were outraged at what they consider “religious propaganda”.

In contrast, the Caleb Foundation, which believes that it represents the interests of mainstream evangelicals in Northern Ireland, welcomed the exhibit. Around the same time,  Alan Judd, a senior advisor to the Education Secretary, argued in the Daily Telegraph that Faith schools are beneficial to society; however, he added that the government would not want to support the “extremes” of “evangelical Christians, totalitarian Muslims or segregationist Jews.” Mr Judd is wary of evangelicalism’s “far-out religious and ideological beliefs.” The only evangelical doctrine that Mr Judd mentions is “creationism – essentially, the assertion that the universe is not evolving but was created much as it is by a single deity and centred on us.”

We need to make three points. First, Christians have never unanimously agreed that Genesis Chapter One should be read as literal history. In an age before digital watches and atomic clocks people measured time by the rising and the setting of the sun. Morning commenced when the sun rose, evening commenced as the sun set, and days were measured from sunset to sunset; yet in the Genesis account the sun is not created until day four. This puzzled many ancient minds; how could there be evening and morning in the absence of the sun?

So, long before the dawn of modern science, many theologians concluded that the Creation Week of Genesis One could not be interpreted literally. In The City of God Augustine wonders “What kind of days these were it is extremely difficult or perhaps impossible for us to conceive.” He would go on to reject a literal interpretation of the seven creation days. The early Christian theologian Origen asked “What person of any intelligence would think that there existed a first, second, and third day, and evening and morning, without sun, moon, and stars?”

Third, we are anxious that the debate in the media is creating more heat than light. The wider public is unfamiliar with the nuances of evangelical theology. So the average viewer or listener who hears that “Creationism” has been scientifically discredited might conclude that science has undermined all evidence of a creator. Nothing could be further from the truth. Evidence from physics and cosmology strongly supports the belief that our universe has been exquisitely designed; this has helped to renew interest in the traditional arguments for God’s existence. The protestations of New Atheists aside, Christian Theism is alive and well in Western Universities.

What do we believe at Saints and Sceptics? We are not convinced that “Creation Science” is scientific. One can quibble about the precise definition of science, of course. Some historians and philosophers of science have argued that Creation Science is a “dead” scientific theory: that is, it was once a reasonable scientific theory, but is now taken to be falsified. That said, Creation Science is often based on a faith commitment to a particular interpretation of Genesis chapter one. Creation scientists will not revise their opinion on the age of the universe in the face of competing data because they believe that theology, philosophy and science taken together point to a young Earth. Scientific facts which support a young Earth are accumulated and facts which suggest an old Earth are explained away. This does not resemble the methods used by working scientists in any meaningful way: some varieties of Young Earth Creationism do not have hypotheses so much as presuppositions. That in itself does not prove that Young Earth Creationists are wrong, or even irrational; but we might hesitate to call Young Earth Creationism a scientific theory.

This philosophical debate about the definition of science aside, what does seem irrational is the distinction which some Young Earth Creationists draw between “observational science” and “historical science”. “Observational science” supposedly studies what we can sees now: its subject matter is the present, which is described through observation and repeatable experiments.  “Historical science” allegedly studies the past, and so extrapolates from the evidence, and it is this extrapolation which makes historical science suspect. Frankly, this is nonsense. Every field of scientific inquiry attempts to provide explanations, and when they do so they very often extrapolate from observed to unobserved. One cannot be a radical empiricist about the past, but a naive realist about the present!

Finally, we believe that natural science overwhelmingly points to an old cosmos. Though Young Earth Creatio 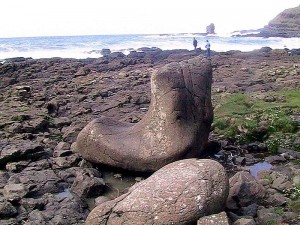 nists have suggested some evidences for a recent cosmos, none is widely accepted as convincing; and we do not know of any argument- biblical, theological, philosophical or scientific- that would rationally compel an evangelical to accept Young Earth Creationism.  We do not know of any reason to think that evangelicals who believe in an Old Earth are being less faithful to scripture than our Young Earth Creationist brethren. Beyond that we believe God the Father made the Heavens and the Earth; that sin entered Creation through the actions of one man and one woman; that one man, Jesus Christ, the Father’s only Son, was born of a Virgin; and that he died and rose again to save us from our sins. Finally, we believe that our greatest concern should be to proclaim and defend this Gospel.