Planned Parenthood, Newsweek, and the Media’s Retreat from Reason

What is the best way to dismember a baby, so that its various body parts can be passed on intact to independent researchers? Doctors at Planned Parenthood in Louisiana have given the matter considerable thought. Pro-life activists videoed Dr. Deborah Nucatola, Planned Parenthood’s senior director of medical services, detailing how abortionists can destroy a child so that highly valued organs are preserved for researchers.

“We’ve been very good at getting heart, lung, liver, because we know that, so I’m not gonna crush that part, I’m gonna basically crush below, I’m gonna crush above, and I’m gonna see if I can get it all intact.”

She also reassures the two activists, who were posing as representatives of a biologics company, that an abortion can be carried out in such a way that the head is preserved intact. She muses on a recent request for lungs, and wonders why so many people request the lower extremities: “I don’t know what they’re doing with it; I guess they want the muscle…”

There is some debate over what the film establishes. The Center for Medical Progress, the unabashedly partisan pro-life group responsible for the “sting”, claims their video demonstrates that Planned Parenthood is illegally selling body-parts. Planned Parenthood argues that the film’s editing is misleading. In their view, Dr Nucatola is merely discussing the donation of tissue for scientific research, which is quite legal. Indeed, in the transcript of the unedited video Dr Nucatola does not appear to be an inhumane, callous monster – though what she describes still seems monstrous and inhuman. Crucially, she clearly states that she does not (and no-one ever should) sell human tissue for profit. The Center for Medical Progress needs to clarify why it claimed to have evidence to the contrary.

At Slate magazine, Amanda Marcotte leapt to Planned Parenthood’s defence, claiming that the entire video is misleading. Pro-life activists have learned to zero in on “gross medical details for maximum impact.”

Abortion is gross, no doubt about it. It becomes grosser the later in a pregnancy it gets. But so is heart surgery. So is child-birth, for that matter.”

It’s hard to find any moral, spiritual or intellectual merit in that response. Producers and directors have no problem at all in filming cardiovascular-surgeons, neurosurgeons and osteopaths delving into blood, brain and bone. Cosmetic surgeons peel skin back from faces, and the camera does not blink. Numerous true crime programmes tell us how pathologists weigh intestines or discern the contents of a last meal; we watch forensic scientists studying corpses at different stages of putrefaction. Little shocks us: the BBC has broadcast a couple copulating in an MRI machine and dying man’s final breaths. 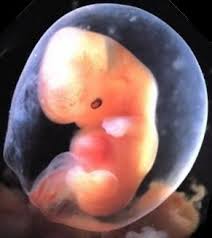 Abortion, however, remains taboo: television will never put it under the microscope. It might be glanced at from a safe distance if the mother is in the first trimester. But there will be no high resolution photograph of the foetus before the procedure; there will be no detailed reconstruction of what happens to the baby. It is not the “gross” medical details which disturbed those who listened in to Dr Nucatola’s business lunch; it was the fact that she was unmistakably talking about the clinical execution of a healthy human individual, with heart, liver, muscle, lungs and brain.

Newsweek’ defence of Planned Parenthood’s practice was a little more plausible. It quite correctly notes that tissue donation is different than the harvesting of human organs for sale. Next of kin, generally speaking, have the right to decide what happens to the body of the deceased. That said, next of kin do not normally have their relatives killed for everyone else’s sake. Nor do we, generally, have our relatives ripped apart by  trained medical professionals, to ensure their tissue is preserved for medical research.

Fetal tissue transplantation offers unique research opportunities for exploring fetal development and epigenetic changes that stem from common environmental exposures and other stressors,” researchers wrote in the U.S. National Library of Medicine in 2012.”

There you have it; “Science” with a capital ‘S’, has spoken. It needs the parts, and we need not concern ourselves with the details. The optimates have declared that we lack the expertise to judge these issues, so we should just move along like good little plebeians. Eric Ferrero, Planned Parenthood’s vice president of communications, raised the scientific stakes even further: 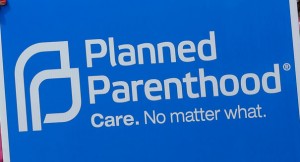 In health care, patients sometimes want to donate tissue to scientific research that can help lead to medical breakthroughs, such as treatments and cures for serious diseases. Women at Planned Parenthood who have abortions are no different. At several of our health centers, we help patients who want to donate tissue for scientific research, and we do this just like every other high-quality health care provider does — with full, appropriate consent from patients and under the highest ethical and legal standards….

It seems that the great god Moloch has offered to save some of our lives if we sacrifice a few of our children. Not a bad price, overall, when you consider that these children were unwanted anyway. And no individual human being will profit financially. Of course, in the first paragraph Ferrero admits that not all of the donated tissue will be directly used for the research of life threatening or serious diseases. This doesn’t matter: “Science” has requested the body parts; therefore, there are no legal or ethical issues to discuss here. 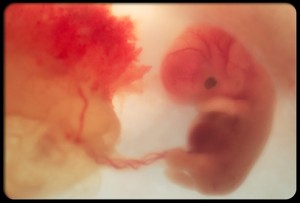 Except, of course, that Mr Ferrero doesn’t tell us if any of the labs who receive tissue donations then make healthy voluntary contributions to Planned Parenthood. And Dr. Nucatola did seem to be describing the sort of partial-birth procedure which has been outlawed in Federal Law. And, above all, Dr. Nucatola was definitely describing the death of a living human being. Furthermore, scientists do not speak with one voice. Many are pro-life and many are pro-choice, and they will interpret the scientific data about the unborn child in different ways. There are no experiments or theoretical frameworks which can uncover good and evil, right and wrong. There is no grand “Scientific” worldview which can settle these issues for us.

Yale social psychologist Stanley Milgram carried out an experiment  to see how far the participants would go in administering electric shocks to a stranger when ordered to do so by an authority figure. The shocks started at 30 volts and increased by 15 volts each time up to a maximum of 450 volts and were given when the learner gave wrong answers to questions. Most continued to administer electric shocks until they reached the maximum, lethal voltage. Thankfully, the recipient was an actor mimicking pain. But Milgram’s experiments warn us that we can view the horrifying as perfectly acceptable and normal when a trusted figure tells us to.

We often neglect the fact that the authority figure in the experiment was not pretending to be a politician, philosopher or priest: he was an actor dressed as a scientist. Ordinary men and women will deny the obvious if a man in a white coat tells them otherwise. Dr. Nucatola is not in the business of selling body parts for personal profit; but she has let us glimpse behind the magician’s curtain just a little. Abortion is not a mere medical procedure; it aims at the brutal death of a living child. Whether or when that can ever be justified is a question that should be addressed by anyone with a mind or a soul. It is not something best left to the experts.

A Brief Defence of the Unborn Child

Why It’s OK to Pray to End Abortion

Book Review of “Embryo: A Defence of Human Life”

The Humanity of Innocents