Christian apologists should pay much more attention to politics because politics is giving faith a very bad name. Relentless scandals and exposes have created a culture of cynicism and suspicion which devalues trust. But “trust” is central to the Christian world-view: Christian faith is nothing other than a deep personal trust in Christ. When people refuse to trust, they will refuse to have faith. And we are dealing with something much deeper than an incredulity towards meta-narratives in our culture. No institution of office is above contempt or suspicion; rival political parties are regarded as a threatening alien tribes. 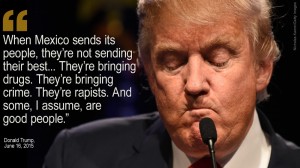 Shrewd politicians can capitalise on this cynicism and transform it into hard political currency. In particular, Donald Trump’s campaign profits by offering the American public bread, circuses and scapegoats. He could be the first man to entertain a democracy to death. His outrageous gaffes and absurd policies distract from a  sinister subtext: if only America could get rid of all these outsiders then it could be great again.

As a person and a politician, he is viscerally opposed to the doctrine of repentance. For Trump, it is always the other who is to blame, whether they be illegal immigrants, Muslim asylum seekers or Asian businessmen. The solution is not to negotiate or to assimilate, but to eliminate these outsiders. There is no need to convert others to our viewpoint when a swift and aggressive judgement is on the cards. 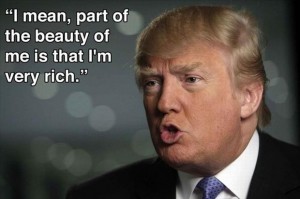 Walls will be built between economies and nations. Those inside the city gates will be made great again when the barbarians are driven back outside. It is no surprise that Trump hesitated before he renounced all white supremacists and endorsed the Geneva convention. The whole rhetorical force of his campaign implies a fiery reckoning for all of America’s problems, both foreign and domestic.

Even ardent secularists will pay lip service to the Christian virtues like humility and service. Few would reject repentance and forgiveness as casually as Donald Trump. Indeed, it is difficult to think of a more anti-Christian campaign. He celebrates wealth, but not trade; he values his image, but not integrity. To a culture hungry for authenticity, he offers the authenticity of the reality TV star. 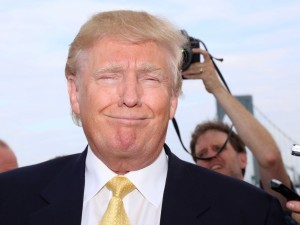 We can only be great by sticking by those who speak, act and look like us. No matter what the evidence suggests, we must never trust those who are not “insiders”. We can have no faith in others because life is just like the board-room. In Donald Trump’s world-view, everyone is a greedy, power-hungry wolf who is trying to make it to the top of the pack at everyone else’s expense. It makes sense to find allies and to get behind an alpha-male who can even the odds a little. But, in the last analysis, it’s about self-interest.

It is simply not enough to worry about “the Donald’s” lack of decency. Trump is a symptom of secularism; he is a sign that our churches are no longer communicating the gospel to those who sit in our pews. Committed evangelicals have little time for Trump; but the fact remains that millions of men and women who affiliate with evangelical churches support him. They have heard the gospel without picking up the slightest inkling of its implications.

The Christian faith has no place for cynicism. It is true that humans can be absurdly irrational, cruel, proud and self-destructive. However, the Christian does not counsel despair. There is more to us than our sin; no matter how much we have marred it, we remain in God’s image. a hope stored up in heaven insures against cynicism here on Earth. 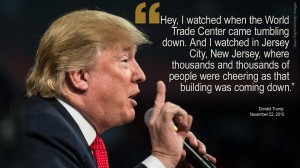 In the Christian world-view we are all damaged goods, but we are all still designed to do good. Our leaders should be able to boast of something more than coming first in a rat-race. So how should the Church respond to the challenge of Trumpism? Christian political witness begins by helping whoever we can, however we can, while we still can. This challenges what the powerful can achieve and demonstrates the limits of governments and markets.

Congregations must be reminded that politics should, ultimately, be another way of loving our neighbour and that love is measured in humility, sacrifice and service. We should support the leaders and the policies which we believe will best make these possible. Ultimately, every programme, initiative and strategy will fail without compassion, kindness, humility, gentleness and patience, all bound together in love.