Perhaps you are a sceptic who is interested in belief in God and Christianity. You’re not completely closed to the idea that there might be something to it, but you’re far from convinced. You realize that Christianity isn’t all about rational arguments and evidence, but you can’t just set them aside either; it’s not as if you could just set your reason aside and force yourself to believe. Yet, you’ve looked at the arguments and aren’t persuaded. How do you proceed?

I think one place to start is by thinking about your own beliefs and attitudes. What sort of a sceptic are you? Perhaps you wouldn’t describe yourself as a sceptic at all, but all I mean is that you doubt the claims of Christianity. Here I want to distinguish two broad categories of sceptic. First, there is what I’ll call the Confident Sceptic, who not only has doubts about the claims of Christianity, but is confident there is no God and that Christianity is false. He’s confident he has evaluated all the relevant arguments and evidence, and concluded that the case for atheism, if not completely established, is extremely compelling. Typically, the Confident Sceptic will be very dismissive of reasons for belief in God and Christianity, considering them to be little, if any, more than post hoc rationalizations for beliefs that have no credibility. 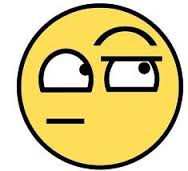 Alternatively, you might be what I’ll call an Uncertain Sceptic. This type of sceptic doubts the existence of God and the claims of Christianity, but she’s also sceptical about alternative views, including the typical atheist view that the physical universe is all there is. For example, she’s aware of objections to arguments from design, but isn’t sure that everything is the result of purely physical processes without a mind behind it. So, she isn’t completely convinced by the arguments on either side, but she’s also aware that she hasn’t looked into the arguments as much as she might have done. Typically, the Uncertain Sceptic will not be dismissive of reasons for belief in God and Christianity, but she would want her questions and objections to be taken seriously.

Suggestions for the Confident Sceptic

If your position is closer that of the Confident Sceptic, I’d suggest trying to answer a few questions as honestly as you can. First, have you really tried to understand the reasons for belief in God as best you can? For what it’s worth, and I grant it’s only anecdotal, the majority of Confident Sceptics I have met haven’t tried to do this. The vast majority of the material they have read has been by atheists. Yes, they’ve heard of some of the leading defenders of Christianity, but rather than reading any of their detailed work and evaluating it for themselves, they form their objections based on reading atheist books or online material that is strongly atheistic in character. Quite often their views are based on reading new atheists such as Richard Dawkins. Now as many well-informed atheists (and indeed the Uncertain Sceptic) will attest, that does not provide adequate grounds for the Confident Sceptic’s confidence.[1] No matter what your view of the new atheists, anyone who has formed their views largely on the basis of the new atheist writings simply hasn’t considered all the relevant arguments. If you find yourself protesting in defence of the new atheists or claiming that it would be a waste of time to read the theistic literature, that really just confirms my point. 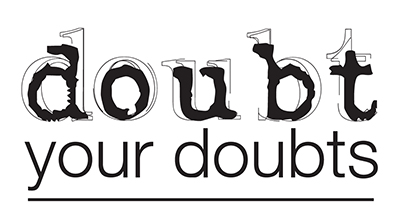 Second, could your rejection of belief in God be driven to a large extent by your dislike of religious belief in general? Could it be that a prior bias against religious belief has influenced how you have evaluated the arguments for God? The new atheists have a very strong dislike of religion and so their focus has been on ridiculing belief in God, or persuading people to reject religion by pointing to extremes, rather than trying to present detailed and fair evaluations of the arguments. If you have focused a lot on their material or similar online material, could that be because you want to find arguments just to back up your initial bias? Or that having read their material, their bias has rubbed off on you? The eminent philosopher Thomas Nagel has said “I don’t want there to be a God; I don’t want the universe to be like that.” The point is that at least he acknowledges his bias. If you are in the same position, it would be good to acknowledge it and then consider how it might have affected your approach to God.

As a Confident Sceptic, you will probably have thought that the above points are a bit rich coming from a Christian. After all, there are many Christians who have only read Christian material and haven’t considered any objections to their beliefs. And couldn’t believers in God also be guilty of the kind of bias I mention, just that they believe in God because they want to believe in his existence? Well, yes, that’s true, but what of it? This is essentially the tu quoque fallacy, which appeals to hypocrisy. The point is that whatever the failings of Christians might be, here we are talking about the beliefs of the Confident Sceptic. If he forms his beliefs without adequately considering the relevant arguments or is biased in his assessment of them because of a dislike of religion, it isn’t much help to point out that other people might be in the same boat.

One suggestion I’d make to the Confident Sceptic is to be more sceptical about his own viewpoint. If you think that everything is to be understood in purely physical terms, I’d suggest trying to be sceptical about that. It’s not difficult! It’s really quite easy to doubt that consciousness, and all that goes on our mental lives more generally, as well as human relationships, love, justice, morality, beauty, etc. are to be understood in purely physical terms. Often evolution is appealed to explain some or all of these things by Confident Sceptics, but it certainly doesn’t explain consciousness and it just seems like wishful thinking to believe that it explains these other things too. To take this view is to extrapolate evolution way beyond its biological roots into a sort of philosophical belief system – and it’s very easy to be sceptical about that. I’d also suggest being sceptical of the idea that science has, or will, account for the origin of the universe or the fine-tuning of its physical parameters.

Suggestions for the Uncertain Sceptic

As I pointed out, the Uncertain Sceptic is typically aware that she hasn’t looked into all the arguments as much as she might have done, so my first suggestion would be to keep looking. Truth is important and so it’s important to look into the arguments on both sides and ask the difficult questions. At the same time, it can be easy to become too sceptical and think that the truth is unattainable. It’s also easy to fall into the trap of setting the bar too high, so that you will not take God seriously unless you have complete proof. But that kind of proof isn’t available in other areas of life, including in science, and more relevantly, in our everyday lives including personal relationships.

One way to think about things is in terms of worldviews. If we think of God merely as a hypothesis and try to weigh up the arguments and evidence on both sides, we miss out on a key aspect of belief in God. That is, we think of belief in God as a purely intellectual exercise, rather than as a transforming relationship with God that affects all aspects of our lives, not just our intellectual beliefs. A worldview is a general outlook on life and includes how you approach various big questions such as: what is the fundamental nature of reality? (e.g. is it just the physical universe or is there a mind behind it); what is a human being? what is the purpose of life? how do we know what is right and wrong? what happens when we die?

How we approach these questions affects not only our beliefs, but also our lives, and an important point is that we all have a worldview. Take the question: what is the purpose of life? An atheist will say that there is no ultimate purpose and so any purpose must be one constructed by ourselves. A Christian will say that God has created us for the purpose of entering into a loving relationship with himself. If you aren’t sure, you will probably take on an attitude to this question similar to that of the atheist by default. For this reason, you need to think about whether that is really what you should do. With that in mind, you should now think about which worldview makes most sense, not only in terms of science and the traditional arguments for God, but of life as a whole.

Finally, if, as I suggested, there is a God who wants us to come into a loving and transforming relationship with himself, weighing up questions about evidence or even worldviews will not be enough. We need to be willing to be changed and this requires a change in attitude. Rather than keeping God at arm’s length, we need to be willing to take the first steps towards him. Jesus along with many of the prophets made it clear that people with the wrong attitude would not come to know God at all. Even people who believed that God existed ended up living as if he did not. Instead we need to seek God with an attitude of humility, asking him to make himself known to us. This is an entirely reasonable thing for the Uncertain Sceptic to do and it doesn’t mean that she needs to stop asking questions. In fact, it is the right way to find the truth.

[1] I’m not claiming that no well-informed atheists are Confident Sceptics, but that many Confident Sceptics have not really studied serious material defending belief in God in any depth. They may of course be very well-informed about other subjects such as science or politics, for example. Also many sceptics who have studied the reasons for belief in God in depth are often more like the Uncertain Sceptic.