Christian theology affirms a number of miracles, most importantly the atonement, the resurrection, the incarnation and the virgin birth. The secular mind dismisses these as tall-tales and myths produced by superstitious, pre-modern minds. However, it seems to us that the modern prejudice against miracles is not very rational.

1) Experience shows that miracles do not occur

It is true that human experience establishes that miracles are, at the very least, rare. But relying on our experience of what usually happens can lead to terrible mistakes.  “This medicine has never harmed patients in the past; therefore it will not hurt anyone tomorrow; these buildings have withstood all earthquakes until now; therefore they will withstand the next earthquake.” We should always be open to evidence of  the unexpected. Sometimes that evidence can tell us that an unrepeatable, unprecedented event has occurred!

2) Science shows that miracles are impossible! 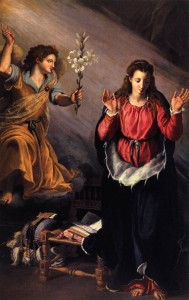 It is true that miracles like the virgin birth are naturally impossible, but who ever thought otherwise? Christians claim that the resurrection is a supernatural event. The laws of nature are just mathematical descriptions of how nature normally behaves. But suppose there’s more to reality than the natural world. Suppose the reason the universe behaves in an ordered, law-like manner is that the universe has a rational creator.

In that case, the behaviour of the universe would be  predictable and we would have a good knowledge of the laws that govern the Universe.  But, on occasion, God do something new, to bring about an event which normally does not happen in the day to day running of the Universe. After all,  isn’t it possible that God could have reason to do something extraordinary in his universe now and then? Couldn’t God cause an exception to the laws of nature?

3) If we believe in one supernatural event we might as well believe in Santa and flying reindeer!

It’s possible to believe in a miracle (say the resurrection) and to be extremely sceptical about most reports of paranormal activity. Miracles are not impossible, but they are unusual (in the sense that they do not occur frequently). We should expect miracles to be rare and to be events that God would have a good reason to bring about. Indeed, miracles lose their significance if they are not exceptional events. So we would not expect every miracle report to be true. The Christian world-view insists that we should not uncritically accept every miracle claim.

What about Krishna and Buddha? The only way to determine whether a miracle has occurred is by a detailed study of the relevant evidence. Merely pointing out that different religions have different miracle claims is beside the point. The question is: what is the evidence for these miracle claims? Do all the religions have equally good evidence that their central, defining, most important miracles occurred? Here we would suggest that the evidence for Jesus’ miracles – and especially the miracle of the resurrection – is unparalleled.

4) But surely miracles are so improbable, so extraordinary, that no amount of evidence could justify believing a miracle had occurred?

All sorts of events can be very improbable before relevant evidence is taken into account, but highly probable afterwards. Unique historical events may be extremely improbable in the absence of evidence, but accepted on the basis of fairly mundane evidence. Physicists have never observed proton decay despite all their attempts and believe that it must be exceedingly improbable that a given observed proton will decay; but they also believe that evidence could show that it had in fact decayed (otherwise they wouldn’t spend time trying to observe the phenomenon). 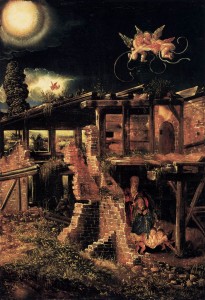 Or consider this thought experiment: suppose my friend John claims that he has inherited billions of dollars from an eccentric Russian oligarch. This billionaire made John his sole beneficiary after he had chosen John’s name at random from a phone-book, which was itself chosen at random.This seems like a tall tale; it seems fair to say that it is very probably false. Oligarchs typically don’t act this way and, even if they did, it is very improbable that John’s name would be chosen at random.

However, the next week John arrives at my house driving a new BMW. He then shows me a newspaper which has a picture of him at his new Russian mansion.  Later I see reports of John’s good luck on the national news; all these reports confirm John’s testimony about the eccentric billionaire. All this evidence would be very improbable if John’s story was false, but is just the kind of evidence I would expected if he was telling the truth. This is sufficient to overcome the initial improbability of John’s tale being true.

Someone might object that this story does not help the case for miracles because a miracle involves a supernatural event. John’s tale does not involve a supernatural agent. But this objection would amount to a stubborn refusal to examine any evidence that could overturn the initial improbability of a miracle having occurred. The objection assumes that miracles are impossible; that assumes that there is no God.

There is no reason in principle to think that evidence for miracles is impossible. Suppose someone thinks (as almost all atheists do) that God’s existence is improbable, but not impossible. Such a person would  consider a miracle to be extremely improbable; but evidence can completely overturn a low probability. Evidence for a miracle could in turn increase the probability of God’s existence and so provide evidence for God. (In the same way that evidence of Tom’s inheritance made the existence of the Russian oligarch seem more probable!)

6) There is no way to tell from the historical record if a miracle has occurred.

Ask yourself two questions. One: would this be the sort of evidence that I would expect if a miracle had occurred?  Two: is there a good non-miraculous explanation for this evidence? There could be situations where the key witnesses were extremely unlikely to have been fooled or mistaken. If the evidence is more likely given the truth of the miracle then you have good evidence that a miracle has occurred.

A large enough number of independent, reliable witnesses (even if they are only partially reliable) to a miracle will result in the miracle being more probable than the witnesses being mistaken. If a dozen journalists, a dozen doctors, a dozen police officers and a dozen members of the Skeptical Society all testify under oath that they witnessed a “Holy Man” part the waters of a river, and we find no evidence of deceit or illusion, we should take their testimony very seriously.

Of course, hypothetical scenarios and thought experiments of this kind do not show that miracles have ever occurred.  However, they do undermine the idea that there is some sort of problem with gathering evidence for miracles in principle. It is also worth noting that the evidence for one important miracle, the resurrection, is stronger and more subtle than a simple appeal to eyewitness testimony. No one is arguing that some historically reliable documents report a resurrection, and that we should therefore believe that a resurrection occurred.

The case for the resurrection of Jesus Christ depends on various well-supported facts. Not one of these facts is supernatural in character and each can be established by normal historical methodology. The case for the resurrection is that it provides a much better explanation of these (and other) facts than any purely natural explanation. And it really is much, much better, not least because there are no plausible natural explanations on offer.

Rather, the historical method is used to establish certain facts, and a miracle is inferred as the best explanation of those facts. Here we can focus on 18 facts:

1. Jesus was put to death by crucifixion. This was a shameful death which should have devastated the disciples and ended Jesus’ movement.

2. His body was buried in an identifiable tomb (Joseph of Arimethea’s).

3. A few days later a group of women followers claimed that Jesus’ tomb was empty.

4. It would have been more convenient for the Church if this discovery had been made by men (whose testimony was considered more reliable) and by one of the early heroes of the faith (like Stephen or Cleopas).

5. The disciples were not expecting Jesus to be resurrected. Jews had many other ways of conceiving life after death: the disciples could have claimed to have seen Jesus’ angel, or his Spirit in heaven, or that Jesus had been translated into a “star”. It was decidedly odd to claim he was resurrected from an identifiable tomb.

6. Multiple appearances took place in which many people who had known Jesus well believed they had seen him alive again.

7. Paul, who initially persecuted the early Christians, became a follower of Jesus as a result of believing he had seen the risen Jesus.

8. James, the brother of Jesus, who was not a follower of Jesus before the crucifixion became a follower afterwards. He also became a leader in the church in Jerusalem and was put to death for his faith.

9. The Christian movement started in Jerusalem, where Jesus had been crucified, shortly after the crucifixion.

10. The message of the early Christians focused on the death and resurrection of Jesus. “Resurrection” could only mean that Jesus’ body had been raised from the dead.

11. The early Christians met on the first day of the week, and not on the Jewish Sabbath. Something about the Sabbath was significant to the first Christians.

12. The early Christian church had a highly exalted view of Jesus.

13. The early Christians were willing to die for their faith.

14. There was no attempt to venerate Jesus’ tomb.

15. Jewish apologetic claimed that the disciples stole the body; so Jewish critics agreed that the tomb was identifiable and empty.

16. The early church grew in a Hellenistic context that would have been hostile to the idea of bodily resurrection. Gentile philosophers wanted to escape the confines of the body; they didn’t want to be trapped in their bodies forever!

17. It is unlikely that the later Church invented the story of the empty tomb.”Bodily resurrection” would mainly have impressed Palestinian Jews, and not later Hellenistic Christians (who struggled with the idea that they would have resurrection bodies too). So the preaching of a resurrection could only have started with the first Jewish Christians in Palestine.

18. It is highly unlikely that the disciples stole Jesus’s body to keep Jesus’ movement going. If they wanted to venerate Jesus’ memory athey could just have said that they had had visions of Jesus’ “spirit” or “angel”.

Some explanation of these facts is sought; and it seems that the only adequate explanation is that God raised Jesus from the dead.

And, if we have good reason to believe that the resurrection occurred, then we should be more open to testimony of other miracles involving Jesus.

This entry was posted in Quick Thoughts and tagged Christianity and Science, ECREE, God and Science, Miracles, Myths of Secularism, The Bible Tells Me So!. Bookmark the permalink.