Should we Prepare for Persecution #2 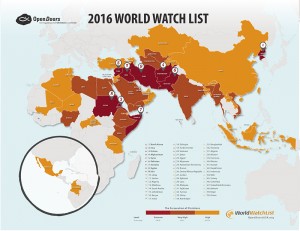 In the first ‘Persecution’ related article (now updated with links) I suggested we consider a thought experiment – it is to that possibility that I turn now.

But why a thought experiment on the persecution of Christians?

It’s a reasonable question, but the answer is straightforward – very straightforward: the possibility of persecution is probably the furthest thing from the mind of most Christians in the West. Sure, some like to point to high profile cases like wedding cakes, or the prohibition on wearing Christian jewellery and other such trinkets – but that is not persecution, and the fact remains – persecution is probably the last thing on the mind of most Western Christians – but what if?

To help us into this world, I have drawn on some suggestions from the life of Pastor Richard Wurmbrand and in particular from my reading of his book, ‘Preparing for the Underground Church’.

Richard Wurmbrand was a Romanian pastor who lived through and was imprisoned and tortured during the worse of the Soviet oppression of the Church, and then known in the years following his release through his writing, including, ‘Tortured For Christ’ and ‘Sermons in Solitary Confinement’. Three of his fourteen years in jail were spent alone in a cell thirty feet below the ground during which time he saw nothing of the outside world except his guards, interrogators and torturers.

“I have lived in exceptional circumstances and passed through exceptional states of spirit… I must share these with my fellow men. They need to be known… Reader, enter into fellowship with your Christian brothers who are in prison in situations where there is no voice but of weeping, no face but of the tormentors… Use your imagination to feel what it is like to be in solitary confinement and tortured.”

The hope then, that we can use our imagination in the following thought experiments is the aim of this second article.

As a result I trust that not only might we be able to empathise with and so show compassion to those who suffer, but also be able to step outside the everyday fault lines of our still comfortable Western Christianity.

If we can do the latter, we might also be able to contemplate how we might react under ‘exception circumstances’, and so prepare ourselves it they should come.

The Church in the West is not facing persecution – but what if it was? What is our apologetic then?

(1) “Your duty is to glorify God and Christ alone.”

The Voice of the Martyrs website describes how in 1945 Romanian Communists seized control and Russian troops invaded the country.

“That same year, Richard and Sabina Wurmbrand attended the Congress of Cults organized by the Romanian Communist government. Many religious leaders came forward to praise Communism and to swear loyalty to the new regime. Sabina said, “Richard, stand up and wash away this shame from the face of Christ.” Richard warned, “If I do so, you’ll lose your husband.”

“I don‘t wish to have a coward as a husband,” she replied. Thus Richard declared to the 4,000 delegates, whose speeches were broadcast to the whole nation, that their duty is to glorify God and Christ alone.”

Three years later Pastor Wurmbrand was arrested by the secret police while on his way to church. He was locked in a solitary cell and labeled ‘Prisoner Number One.

This week you may not speak, by any means… to anyone.

You are alone… for three years.

“A loudspeaker repeated day and night: “Is your name Joseph or not Joseph?” (His name was not Joseph.) “Think it over. Are you Joseph or are you not Joseph?”

What is your name, Joseph?..

(6) In Prison You Loose Everything

“Nobody resists who has not renounced the pleasures of life beforehand. There is a verse in Colossians about mortifying your members which are on earth. Protestants have given up mortification altogether. But there exists a Christian mortification, now a “giving up” of the joys of the earth.”

This week, you have no money to spend…

(7) Next Week You Will be Beaten

You can become an informer, or you can be beaten.

(8) You Have a Toothache

You may not take any medication or visit any clinician.

If you have ever had a toothache, you will know.

(9) Your Toothache Will Last for Three Years.

“I believe. My Communist oppressor does not. He is an oppressor and I am not. But I have my sins which he has not, and these may be more heinous than his.”

This week we may find that we have sins to confess.

Persecution is probably the last thing on the mind of most Western Christians – but what if?