Jerry Coyne on the Incompatibility of Science and Religion: Part 2

In my previous article on Jerry Coyne’s book Faith vs. Fact, I looked at problems with his attempt to spell out just what he thought the incompatibility between science and religion amounted to. Basically, he doesn’t think they are logically incompatible since ‘in principle there could be both science and a god to be worshipped’ and it turns out that incompatibility boils down to various differences between science and religion. Mere difference hardly constitutes a problem, but he attempts to argue that there are serious differences that should lead to a rejection of religion.

Chapter 1 sets out what Coyne considers to be evidence of a conflict, while chapter 2 articulates the key differences he has in mind. Chapter 1 gets off to a poor start. On p. 1 he writes, ‘One can in fact argue that science and religion have been at odds ever since science began to exist as a formal discipline in sixteenth-century Europe’. It really is difficult to overstate how wrong this is and to make matters worse he appeals to the infamous books of John William Draper and Andrew Dickson White. These books were written in the late nineteenth century and are the clearest example of the ‘conflict thesis’ between science and religion, a thesis which has now been thoroughly discredited by historians of science. Coyne is aware of some of the criticisms of Draper and White and the conflict thesis more generally, but there really is no justification for his claim that these criticisms do not “invalidate the books’ theses” or that the “truth lies between Draper and White on the one hand and their critics on the other”. The literature on this is too voluminous to mention, but as a starting point see the short online article The Mythical Conflict between Science and Religion by historian of science James Hannam. (See also the book Galileo Goes to Jail and Other Myths about Science and Religion edited by Ron Numbers or for more detail John Hedley Brooke’s Science and Religion.) 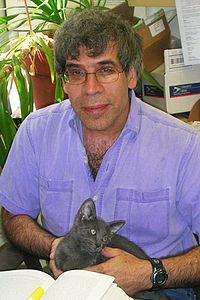 Other evidence given for the conflict between science and religion is that so many scientists are non-believers. It is true that the proportion of atheists is higher among scientists than among the general public, but the reasons for this are far from clear and there has been a lot of debate about the statistics. As Coyne points out, some studies show remarkably little difference in the profile over about an eighty year period, but if science leads people to atheism why has the proportion of atheists not increased over time? Some studies also suggest that scientists do not become atheists in general because of science, but for other reasons. Coyne rightly asks whether it is not hypocritical of him to argue that the existence of religious scientists is not evidence for the compatibility of science and religion, but the existence of atheistic scientists is evidence for incompatibility? His completely inadequate answer is that religious scientists are like smokers who don’t get cancer. He claims that “Scientists of faith happen to be the ones who can compartmentalize two incompatible worldviews in their heads.” But this has nothing to do with the statistics! This is a philosophical belief Coyne holds for other reasons – the statistical evidence is irrelevant. 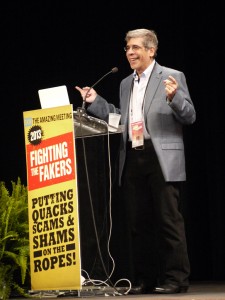 In the previous article, I drew attention to the problems with Coyne’s attempt to spell out what he means when says that science and religion are incompatible, but here it’s worth commenting on three areas where he thinks there are conflicts: conflicts of method, conflicts of outcome, and conflicts of philosophy. In terms of conflicts of method, Coyne covers a lot of familiar New Atheist territory. Science is about evidence, religion is about faith, etc. Faith – I’m sure you’ve guessed it – is of course considered to be “belief without – or in the face of – evidence”. How many times does it have to be pointed that this simply is not what Christians take faith to be? Why does Coyne, like the New Atheists, who have been corrected numerous times on this, continue to ignore what Christian theologians and philosophers have to say about faith? Doubting Thomas is used to support his view of faith because Jesus says “blessed are those who have not seen and yet have believed”. But the point of the passage is that Thomas’ doubt was unreasonable because he had plenty of evidence available to him. And just two verses later John gives his reason for writing his book – so that people might believe, not based on blind faith, but on his account of the events of Jesus’ life, i.e. on the evidence he was presenting.

Another concern of Coyne’s with regard to method relates to attitudes to the Bible and dealing with conflicts between science and the Bible. Here Coyne’s religious fundamentalism becomes clear. Actually, even most fundamentalists would say that the Bible is not a scientific textbook, but Coyne thinks that such a view is an admission that the Bible isn’t entirely true. Either you’re a literalist, by which Coyne seems to mean that you take everything apart from the parables literally, or you’re a liberal who denies the truth of Scripture. So if science seems to be in conflict with the Bible and you stick to your literalism, you’re in trouble because you’re anti-scientific, but equally if you allow for the possibility that your interpretation of the Bible might be mistaken you’re intellectually dishonest. Simple. His problem with anything other than complete literalism is that “we can’t step into the minds of the Bible’s authors to see what they meant” and “the big problem for believers, of course, is to find a consistent method for distinguishing fact from metaphor”. Any introduction to biblical interpretation will deal with these questions – in fact these questions aren’t specific to the Bible, but apply to reading literature in general – so it’s very surprising to see these points raised as objections.

Coyne only devotes a page and a half to conflicts of outcome, but the basic idea is that religious truth claims have been repeatedly disproved. Not surprisingly one of his examples is that science has disproved young earth creationism, which for Coyne is, of course, the proper interpretation of Genesis. He also says that he has never had a credible response to his challenge to give him “a single verified fact about reality that came from scripture or revelation alone and that was confirmed only later by science or empirical observation”. Just to give a few examples: the existence of the Pool of Bethesda (mentioned in John 5:2), the existence of the Pool of Siloam (John 9:7), the designation of city officials of Thessalonica as ‘politarchs’ (Acts 17:6), the designation of Gallio as Proconsul (Acts 18:2), and the existence of the ‘house of David’ are all examples were scepticism about the accuracy of the Bible has been revised in light of archaeological evidence. (We might also add the claim about the beginning of the universe being confirmed by big bang cosmology.) So many details from the book of Acts, like the two noted, have been confirmed that Roman historian A. N. Sherwin-White wrote, ‘For Acts the confirmation of historicity is overwhelming. Any attempt to reject its basic historicity even in matters of detail must now appear absurd.’

Coyne appeals to Laplace – ‘I have no need of that hypothesis’ – but Laplace’s view seems entirely reasonable from a theist perspective! As a theist, I don’t think God should be included as part of our scientific explanations of the world around us, as if God were to be treated as a one amongst many rival scientific hypotheses. He also appeals to an argument for metaphysical naturalism based on the success of science / methodological naturalism and the lack of any convincing reasons for belief in the supernatural. Many theists will accept the first point (the success of science), but simply reject the second point since they think there are good reasons for belief in God. Coyne disagrees. He doesn’t think there are good reasons for belief in God (and we’ll see why he thinks this in another article). Fine, but then the conflict is not between science and religion since both sides accept the success of science. The disagreement is about Coyne’s philosophical argument from the success science / methodological naturalism to metaphysical naturalism (atheism). In other words, there is a conflict of philosophy, but it is between Coyne’s metaphysical naturalism and religion, not science and religion.