Fry and the Fall

“Bone cancer in children: what’s that all about?” Stephen Fry asks God. Or, to be honest, he asks theists. He stated the problem of evil with such vitriol that it’s fairly clear that Fry doesn’t seriously envisage having any sort of conversation with the almighty. His anger is more than likely focused on religious chaps who think he owes a creator a great deal of worship and service.

However, despite Fry’s supreme confidence,  it is fairly clear that theists can offer some reasons which explain why God might allow evil.  Some Christians, in particular, will want to point to free-will and the event known as “The Fall[i]”. However, we need to sound a note of caution. As David has said in a previous article

The atheist might well grant belief in the Fall for the sake of the argument, but still demand an explanation as to why God allowed all the suffering to arise from it. Further explanation, it seems, is still necessary.”

For example, it isn’t entirely clear how the Fall explains animal suffering. Why should animals suffer because of human defects? And why should innocent children suffer because an ancestor failed?

Furthermore, the text is not as clear as literalists contend. It seems highly unlikely that Genesis 1-4 should be read as straight historical prose: it is a highly stylised account and it contains poetic language (such as God “knitting” clothes for Adam and Eve; not even the most reactionary fundamentalist would want to claim that God has fingers!) However, it also seems clear that Genesis refers to an actual event in the history of the human species[ii]. It’s also clear that a Fall would explain much the suffering  we endure.

Nothing and no-one forced humanity to reject God; but we did[iii]. Humans chose to rebel against God. On a Christian understanding, a God of infinite love and wisdom is the ultimate good and the source of everything else that is good. To reject God is to deliberately reject, destroy or pervert what is good. It is to rebel against what ought to be. So rejecting God will always cause human suffering.

At times, pain and suffering are consequences of our rebellion: this is clearly so in times of war or social crisis.  Scripture is also clear that God can use pain to punish us when we deserve it. Of course, that does not obviously explain suffering caused by natural causes; disease, earthquake and famine are not the direct result of the free choices of human beings. We live in a dangerous world; but our choices go some way to explaining why our world can inflict so much pain on us. Living in this world without God means that we must face the hazards alone. If God were present to guide and heal us, life might be a great deal easier[iv].

The doctrine of the Fall reveals an important truth: humans were not created to experience the suffering we endure in this life. This is not how we were meant to live; this is not how the world was meant to be. However, we can only learn virtues such as courage, compassion and hope in a fallen world; these “greater goods” go some way to explaining why God allowed a fallen world to exist. And, as CS Lewis noted, God can use pain to force us to faith and repentance:

We can ignore even pleasure. But pain insists upon being attended to. God whispers to us in our pleasures, speaks in our conscience, but shouts in our pains: it is his megaphone to rouse a deaf world.”

So Christians have explanations for the existence of pain and suffering in general. But let’s be clear on what we very often do not have: an explanation for a particular tragedy or horror. We can explain why our world drives us to compassion; but why does God allow the specific disease of bone cancer? Moreover, why should a particular child have this disease? We cannot say for sure; in fact, we must not say for sure. Of course can make conjectures – but we’d have no more success than the theologians who comforted Job.

What we can say is this: those who endure horrendous suffering will receive scant comfort from an academic theory; and they will receive no comfort from the hypothesis that their suffering is ultimately meaningless. A reason for hope can mean as much as medicine to those in crisis, and Christians have that. And the suffering need comfort-  after all, this provides some reason to think that love is stronger than death.

But we only see the tiniest fragment of this world clearly, and we have only the dimmest awareness of God’s love and power. Now we know in part; true understanding lies ahead. So Christians who claim to have the definitive answer to every sceptical question do their own faith a great disservice. We do not know all the answers because we cannot and do not need to have them anyway. 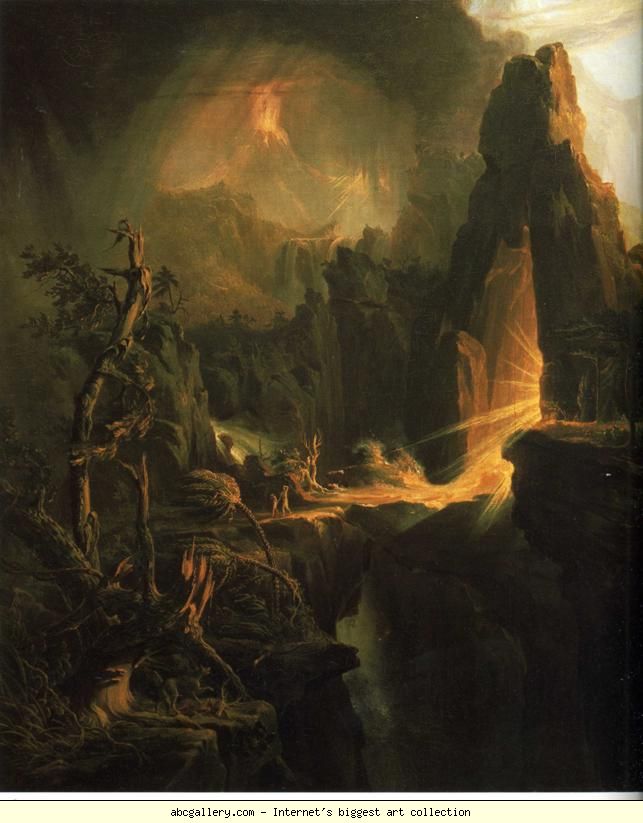 [ii] We should not pretend that we would have made a different choice than the first rebels. We share a common nature. Furthermore, we are not born into an innocent world, as they were, nor do we have a close fellowship with God.

[iv] The ministry of Jesus gives us a glimpse of what it would be like to face the world’s troubles in fellowship with a loving God. Comfort, guidance and healing abound in his Kingdom.