We’ve laboured over several posts to demonstrate that the existence of evil and suffering do not disprove the existence of God. We’ve already pointed out that Christians can point to some plausible explanations for suffering. Suffering might be a consequence of our free-choice to abandon God; this meant that we would face a dangerous world without his help or guidance. When God withdrew his presence from us, our capacity for cruelty developed and grew exponentially. So God allows suffering as a consequence of our free choices; he also uses it to teach us virtues like compassion and to call us back to him.

Now, who would predict that a world created by a God of limitless love and power would contain suffering? Not many people, if we are honest. So it seems that suffering could count as evidence against God’s existence. However, we have also pointed out that suffering is not completely inexplicable for theists. Still, if atheists have a neat account for suffering and evil, then we would have evidence for atheism and against theism.

So does atheism do a better job of explaining the existence of evil and suffering? It’s not clear that it does. Consider human suffering. Obviously, this requires conscious human beings. It’s not at all clear that atheism can explain the existence of consciousness. Furthermore, the human body exhibits an extraordinary degree of organized complexity – apparent design which is highly unlikely if evolution is an unguided process. And our universe needs to be “finely-tuned” to a remarkable degree for embodied conscious creatures to exist. The fact that anyone is here to experience anything, including suffering, is more than a bit of a surprise on atheism.

Given that most atheists believe that the universe is just material, we have to ask where values come from. Would they exist in hadrons, or in the Strong Nuclear Force? They cannot exist in human psychology – because whatever is man-made can be unmade by man. But objective moral values exist no matter what humans desire or think. 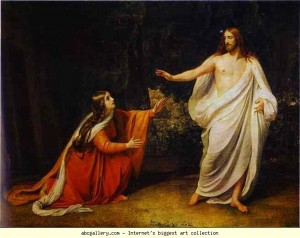 So it is not clear that atheism’s universe has any room for good and evil, right and wrong. Nor can atheists explain why anyone is around to experience suffering[i] – so it is arguable that atheism does not do a good job of explaining evil. Now, while suffering is surprising on theism, it is not completely inexplicable – we noted some theistic explanations for suffering in the first paragraph. However, we should also note that God could have reasons for suffering that humans  have not yet thought of. In fact, there could be good evidence that such reasons exist. Humans have limitations that might prevent them from knowing all the goods that God is aware of.

Consider insects so small that they are invisible to the naked human eye. If an entomologist were to tell you that your arm was covered in such insects, it would not be rational to deny this because you cannot see any insects. You are not in any position to detect these creatures with your eyes. Consider the gap between God’s mind and ours. God might have knowledge of values that we cannot detect. We cannot detect any good that would be realised by certain instances of intense suffering. However it would be false to infer that no goods are realised by these instances of intense suffering.

In fact, the cross and the resurrection give us concrete evidence for believing that human limitations blind us to God’s reasons for allowing suffering. Consider the position of the disciples on Good Friday. Their master had explicitly forbidden violence in the name of the Kingdom, so they could not fight to save Jesus. It was up to God to save him. Yet God allowed Jesus to die – indeed, to the disciples it would have seemed that even Jesus wondered why God had forsaken him. The public humiliation torture and murder of an innocent man is a terrible evil – especially if that man is murdered because he provides hope for the hopeless.

Yet God raised him from the dead. God unexpectedly transformed horrendous evil into the greatest good conceivable: the defeat of death, and the announcement that the universe itself will experience resurrection just as Jesus did. And God confirmed that the cross was not an inexplicable instance of innocent suffering; the sacrificial love of a perfect being for his imperfect creation.

From the perspective of Good Friday the disciples could not see how God could bring good out of the Crucifixion. Yet, to say the very least, Jesus’s suffering on the cross brought about a greater good: sacrificial love without measure. The Father gave his only Son to the cross; on the cross, God the Son has suffered for us and with us. The Son of God took responsibility for our failures. If we will draw near to him, he will accept us as his children. The blame and the shame will be his and his alone. The price for our failure would be revealed, but paid in full.

Here is the crucial point: we have evidence that this is true. The evidence for the resurrection of Jesus Christ is not merely found in Christian experience or transformed lives; it is found by a ruthless, critical examination of the historical sources. And this provides us with evidence that God can have reasons for allowing suffering that we have not yet thought of; after all, if Jesus’ family and closest followers could not predict the resurrection then neither would we.

The cross and the resurrection provide us with good, robust evidence that we can trust God. Even if we cannot see any explanation for an instance of suffering we should not conclude that no such explanation exists; because we have good reason to trust a God who can do immeasurably more than all we can ask or imagine; the evidence demonstrates that he can make even the darkest things work together for the greatest good.

[i] And, of course, humans do not only experience suffering.