The Historical Adam Debate: What Should Christians Believe?

Evangelicals have been more than a little vexed about the existence of the “historical Adam”. Modern science seems to leave little room for Adam and Eve. Apparently population genetics reveals that modern humans descend from a large population that has never numbered below about 10,000 individuals throughout our evolutionary history.

The theory of evolution makes matters even more problematic; Dennis Venema at Biologos informs us:

“[E]volution is a population-level phenomenon: species form slowly, as populations, due to the accumulation of numerous slight genetic differences that shift the average characteristics of a population over time. All that is required to start this process is to have some sort of genetic barrier between two populations – perhaps a geographic barrier to start. Once two populations of the same species are reproductively isolated, genetic changes in the one population are not shared with the other – and vice versa. Over many, many generations enough changes may accumulate in the two populations that their average characteristics are different enough such that they would no longer recognize each other as members of the same species.”

Speciation almost always happens slowly as numerous, slight genetic differences accumulate in a population of animals. There is, then, no room for Adam and Eve in contemporary evolutionary theory. Or so we are told. Evangelical Christians then fret that evolutionary theory would somehow undermine our view of the Fall, of original sin, or even the atonement. So a few quick thoughts are in order.

I’ll begin by noting that evangelical theologians who wring their hands over the dangers people like Venema pose to the Gospel need to calm down. If there was no real person called Adam then the fall of humanity could still have been a real event. There did not need to be a real person called Adam for a group of human beings to have rebelled against God in the distant past. Nor does there even have to be a single event for humans to have rebelled against God in the past.

The exact nature of original sin is debated among orthodox Christian theologians. And, while some confessions state that Adam and Eve conveyed original sin to all their posterity by “ordinary generation”, this is never stated in scripture. Again, there are many conjectures as to how original sin is propagated. Theologians might feel compelled to defend their own particular denominational statement of faith, but that is a far cry from defending the gospel of Christ.

But, as it happens, I not only believe in the fall and original sin; I also believe that Adam and Eve were real individuals who lived in space and time. It is worth noting that at least one expert in evolutionary genomics, Dr Richard Buggs, believes that Venema has overstated his case somewhat: human genetic diversity data do not rule out a bottleneck of one man and one woman in the human lineage between approximately 400,000 and 7 00 000 years ago.

But, for the sake of argument (and also noting I won’t be able to resolve the debate between creationism, intelligent design and evolutionary theory here)  I’ll assume Venema’s account of humanity’s biological origin is correct. My point is that, even in such a “worst case scenario”, science would not have ruled out Adam and Eve’s existence.[1] 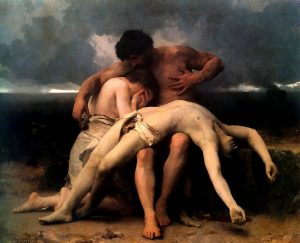 The Discovery of Abel

First, note that it is dangerously misleading to talk about a “historical Adam”. What writers mean by that phrase is that Adam was a real, concrete individual who really entered into a relationship with God – and then broke the relationship. But Adam’s world existed in pre-history.  To some extent, historians can reconstruct the Ancient Near East or First Century Palestine; but there are no surviving texts or artefacts which could give historians access to Adam’s world. Even those who read the text as literally as possible, like Young Earth creationists, must concede that every trace of Adam’s world would have been lost in Noah’s Flood.

So the worlds of Adam and Enoch and Noah are forever lost to us. The only access we have to these figures is through Gods’ word. But we do not learn much, and it is clear that God’s word intends to keep us in the dark on several important issues. For example, take every sophomoric sceptic’s favourite question: who did Cain marry? Everyone agrees that the author of Genesis[2] knew that the Torah would forbid incest; so why doesn’t he resolve the puzzle of Cain’s spouse when he has the chance? 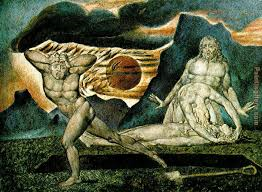 To make matters worse, the author does not tell us whose vengeance Cain feared when he was effectively exiled from his home; or how Cain could find enough people to found a city! Why not? Simply because these stories were not written to satisfy curiosity about our origins: they were written to teach us about man’s ruin and God’s remedy.

In any case, the uniqueness of humans does not consist in anything that can be reduced to biology. We cannot comprehend human uniqueness by grasping subtle shifts which may have taken place in the average characteristics of a population of hominids. Humans have the capacity for propositional thought and complex language, grief and laughter,  conscience and worship, sympathy and self-awareness, aesthetics and awe, exquisite emotional depth and much else besides. 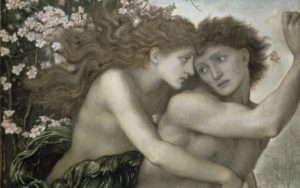 Given the mystery of consciousness, biology alone cannot explain these qualities, or  cross the gap between humans and the rest of the animal kingdom.  Furthermore, humans are made in God’s image. This means that humans embody some of God’ qualities; but to be made in God’s image also means we are called to symbolise God’s presence and to act as his representatives in creation. This is something which can only be gifted by God. So, is it beyond the realms of possibility that there was a first couple to receive God’s image? Hardly. Or that one woman and one man were the first to possess the characteristics which make us human? Not at all. How could science even begin to falsify or verify the existence of such a couple?

Third, while the paucity of information about Adam and his immediate descendants makes scientific speculation pointless, it is worth pointing out that nothing in contemporary science rules out the possibility of a real person named Adam and a real person named Eve rebelling at the beginning of human history. Consider this scenario: in the beginning, God created one unified population of humans. Adam and Eve served as this community’s representatives. This fits with the descriptions in Genesis 2-3: Eden seems a lot like the gardens which surrounded ancient temples; Adam and Eve seemed to have a priestly role within their Garden. 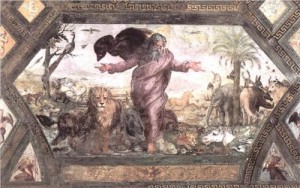 When Adam and Eve turned against God the entire human population also turned against God. That is not implausible, given how quickly vice spreads. And if Adam and Eve’s rebellion brought sin into the world, and they failed in their role as representatives and priests, then God may have withdrawn fellowship from humanity in general. Living outside the Garden, and having lost their close fellowship with God as well, the rest of humanity’s fall was a foregone conclusion.

What about the unity of the human race?  Well, on the most conservative reading scripture only requires that humans are descended from one man. But it does not require that we are descended from only one man; and Adam and Eve’s offspring would have interbred with the offspring of the rest of the first population. (It is clear that one couple could be the genealogical ancestors of everyone in recorded history.) So if we are all descended from this original population, and the decisions of Adam and Eve were responsible for sin spreading to everyone in this population, then the New Testament’s interpretation of Genesis is fine.

We should also remember that the Israelites were all considered to be children of Abraham; yet many were descended from Abraham’s servants. In the ancient world bloodlines could matter a lot less than being accepted into, and accepting ones place in, a family.

The scenario I have described would explain who Cain married and how he was able to found a city. It does not conflict with scripture. So do I believe it is true? No, because I simply don’t have enough information to make a judgment. As I have argued, Genesis 1-3 was not written to provide material for historical reconstructions or scientific theories. Maybe something like the scenario I described did happen; or maybe not; there are other plausible alternatives [3]. In fact, scientifically informed Christians can still believe that one man and one woman were the ancestors of the human race.[4]For recall that Venema’s case against humanity arising from a single couple is not concrete (as S Joshua Swamidass points out).

So, in conclusion, note that the Gospel can stand without a literal Adam and Eve. Sceptics should not use this issue to dodge God’s claims on their lives. However, Adam and Eve’s non-existence would raise questions about the clarity and the authority of scripture. Paul and Jesus certainly seem to have affirmed Adam and Eve’s existence.

But there is not an irrefutable scientific case against their existence, or even against their being our genetic ancestors. The scriptures say so little about Eden and the first humans that there is little point in speculation about or origins; there are many scientifically respectable scenarios which are compatible with a real Adam and a real Eve. But this means that Christians can still affirm that Adam and Eve sinned; because they sinned, all our ancestors sinned; and because all our ancestors sinned, we will sin.

But, though in Adam all die, through Christ everyone can receive eternal life. 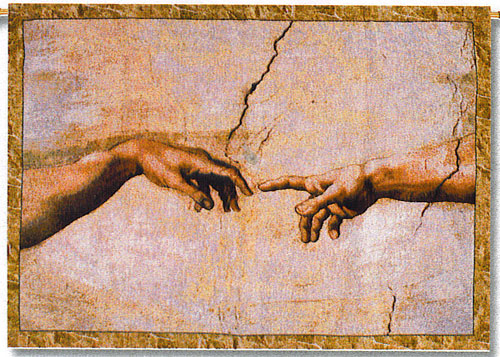 [1] It is worth noting that Vennema himself makes an important qualification: “Note well: the question is not “were Adam and Eve historical individuals?” That is a question that science is not equipped to answer…. Science can tell us about our past population sizes, but it cannot weigh in on the historicity of any individuals within that population.”

[3] Michael Liccione suggests another scenario:“Why not hold instead that Adam and Eve—whoever they really were, and wherever they really lived—were the first humans in a supernatural sense? As a couple, they were the first people to be called and elevated by grace to a state of fellowship with God meant to culminate in a greater union with him. That doesn’t entail that they were genetically the first humans. It entails only that they were the first humans God gave a destiny beyond Nature. So when they sinned and lost his grace, they largely reverted to Nature, which is the state all of us since then find ourselves in until we are somehow incorporated into Christ.”

By “supernatural” Liccione simply means that they received something from God that nature alone could not deliver; for example, awareness of God or the capability to be morally perfect. He does not mean that they had superpowers! I don’t find Liccione’s scenrario particularly plausible, but it is worth mentioning to point out the range of options open to the orthodox believer.

[4] To put a few more of my cards on the table: I am not convinced that evolutionary biology, unaided, can fully explain human nature. I also believe in a God who both intervenes in and directs the flow of history. So my own conviction is that something remarkable – miraculous, even- happened before the first individuals we’d recognise as human walked the earth.