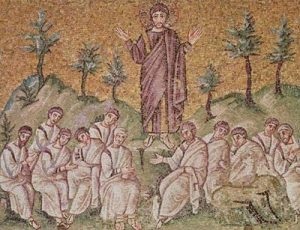 We know the meaning of the good (something which deserves to be desired) the right (permissible) and the wrong (the forbidden) without knowing who or what makes certain things good or right or wrong. Paul explicitly teaches that conscience reveals something of God’s will in Romans 2 and 1 Corinthians 5 (note that these passages also assume that unbelievers often obey the moral law when those who know the scriptures do not!)

And the Bible (in the book of Proverbs) is also clear that a little practical wisdom can reveal the difference between right and wrong (after all, God is wise and made us to be wise). So knowledge of many important moral rules does not depend on hearing them from the Bible, or even on knowing that they were given by God.

TWO: Some might argue that the Old Testament scriptures contain too many strange and apparently uncivilised commands; surely a good God could not have inspired them? But at the very most, this would only be evidence that certain passages of scripture were not inspired by God. That is not even an argument against the general reliability and moral authority of the Bible. Jesus’s ethics are quite clear and obviously these are of supreme importance to the Christian worldview. Furthermore, the central message of the Bible is also quite clear – and it is supremely morally challenging.

Hebrews 1v1-2 makes it clear that the message of the Bible centres on Jesus:

“In the past God spoke to our forefathers through the prophets at many times in various ways but in these last days he has spoken to us by his Son.”

The Scriptures insist that we confess our moral failings, depend on him totally to forgive us because he died for us, and allow him to reshape us in his image because he rose again for us. This is a message of hope, love, forgiveness, rebirth and moral transformation. It is important that we do not lose sight of this landscape when examining a few locations which make us uneasy.

THREE: We worry that the laws given in the Torah are often judged much too harshly by modern readers; we think that a great deal of care needs to be taken when evaluating the commandments God gave to Moses. The Old Testament laws need to be read in a narrative context. The Bible tells the story of God’s saving activity. Briefly, God calls a people; then that people receive a messiah who will deliver the rest of the world. The law was not given, then, to turn the Israelites into morally perfect, enlightened civilization. No set of laws could accomplish that! The human hearts must be renewed from within; it cannot be reformed by enforcing a set of laws established on high. 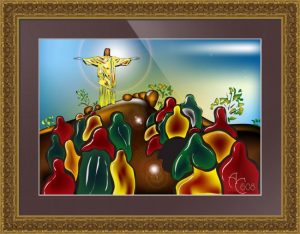 No set of laws can create a utopia because we mostly prefer rebellion to obedience, darkness to light. The law is not meant to be a blueprint for a perfect society; it is important, rather, because it is has a crucial role in Israel’s story. Second, the Old Testament needs to be read in its historical context. We can then see how God directed Israel on to a better path. It is not only that the heart of the law is to love God with all your heart and your neighbour as yourself. We should note the similarities between the Old Testament law and other ancient Near Eastern “law codes”, such as the Babylonian Code of Hammurabi. We will then see the striking improvements made by the law given to Israel.

FOUR: When we study any ancient literature, we have to evaluate it in its own culture and context, not ours. We need to understand that ancient law codes did not function like modern law codes. Ancient law codes functioned as value systems or social visions; they did not set out exceptionless precepts . The punishment in the command illustrated the gravity of the crime; it did not follow that this punishment should be carried out in every (or any) instance. The Old Testament gives many example of faithful judges and kings: the early Solomon, for example, or Josiah; there is no record of these men ruthlessly executing trespassers or Sabbath breakers.

Ancient Near Eastern society did not have a modern penal system. Bureaucrats did not take written records of legal precedents; prisons,in the modern sense, did not exist. Ancient laws were tough, to ensure that society remained orderly. The death sentence is often mentioned to illustrate the gravity of the crime; it also shows the people just how much power resides in the elders who judged them.

FIVE: We need to read the law in its canonical context. That is, the books of the law should not be read in isolation. The bible is a collection of books which interpret each other. The law was to be read alongside the prophets and the books of wisdom. Therefore, all the laws were meant to be applied with wisdom, mercy and compassion. Indeed, the prophetic tradition challenges the heartless application of God’s law. law must be read for its theological message. Strange as it may seem, the law was given to reveal our inability to keep it. 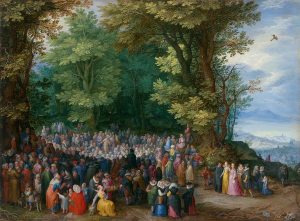 SIX: The Old Testament laws were never intended to be God’s final word on right and wrong: Jesus spends most of the Sermon on the Mount outlining the heart of the Old Testament; a deeper, more challenging set of commandments focused on the heart and not ritual purity or outward conformity. If an individual, never-mind a society, could not keep the laws of the covenant with Moses, what chance do we have of keeping Jesus’ command to love God and one another perfectly? One of Scripture’s central messages is that humanity is so fallen that we are unable to keep God’s commands. The sheer act of disobedience delights us. The more perfect the command (eg. “love your neighbour as yourself”) the more stubborn our resistance. So we need to be forgiven and transformed. The law, above all, reveals our need for salvation!

SEVEN: We need to remember that the Bible is not a “how to” guide for every ethical dilemma. We cannot flick through its pages to find a proof text for every decision. To be sure there are absolute commands – lust and adultery are always forbidden, for example. But there is wisdom and advice also – it is better to show mercy than to perform tedious religious rituals. There are characters to emulate – above all Jesus – and narratives to inspire. When we read the Bible our overall aim must be to become the sort of person God wants us to be. We do not read to update our databanks; we read to change who we are. So the message of the Bible needs to be read as a whole and evaluated as a whole. It is irrational to critique the message of the Bible by offering arguments against the inerrancy of a handful of texts. You cannot dodge the scriptural world-view by leaping out of the way of a few passages.