Understanding the Moral Argument: It’s Not God’s Might that Makes Things Right!

A strong argument for theism is that God best explains several  important features of morality. He explains why individuals have great intrinsic value; why the moral life is a rational life; why we have reliable knowledge of moral truths; and  why there are moral obligations. If theism is true then we live in a moral universe. God would have the knowledge, the character and the power to be the perfect moral authority. We don’t have duties to ideas or principles: we have them to persons, and God would have “property rights” over his creation. This fact would explain why obligations exist and are binding; God’s instructions (revealed to conscience and reason) become our duties.

Now, a popular challenge to the moral argument comes from the Euthyphro dilemma, named after Plato’s dialogue which contains, perhaps, the first version of the argument. The objection, as it is commonly encountered today, can be stated very simply and briefly 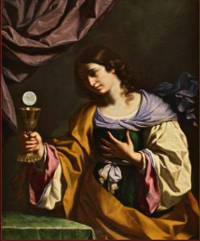 We are asked to choose between two paths: if we take the first path, we admit that it is God’s might that makes things right; God could have created any moral system he liked: morality becomes arbitrary. Furthermore, this path robs the statement “God is good” of all meaning – it would reduce to “God does whatever he likes, and we have to like whatever he does”! But if we will not take this first path, then we are committed to saying that moral principles are not decided by God. At first glance this seems to be a powerful objection; however, it is a false dilemma.

“The good” is what every fully informed, rational agent will view as desirable; if something is “good” it is irrational not to pursue it.  Now, God explains the existence of objectively real, moral goods; but he does not decide on what is good arbitrarily. Goodness is not merely grounded in God’s will and power. Goodness is grounded in God’s nature and by the type of world God decided to create. 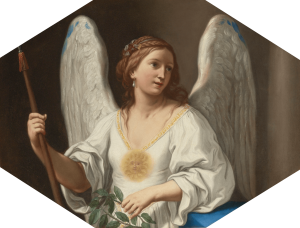 What God does must always reflects who God is.[1] As sole creator, nothing made God, and everything else that exists was made by him and depends on him. If everything else depends on God for its existence then God is supremely valuable. So God provides a transcendent source of moral value for our finite universe. Furthermore, God’s power and awareness could not be limited by anything else. There are no limits on what God knows and what God can do other than the limits of what is logically possible. Furthermore, there are no limits on God’s rationality. God cannot be corrupted, distracted or misled by the intellectual vices that plague humans.

If God is all-knowing with unlimited rationality, then God’s values are ideal. He would know what is best for his creations and desire those things. The earth and the opinions of human beings might pass away into the void; God’s values are eternal. God would be supremely rational and his judgements would be completely trustworthy. So we should value what pleases God – because whatever God values most is “the good”. So objective moral values follow from God’s desires for his creations. 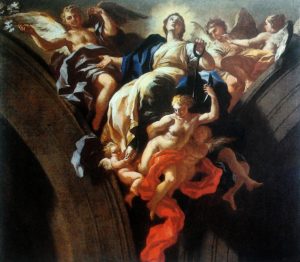 God’s nature shapes what he would desire. Whatever else we say about the nature of evil, we must acknowledge that it is irrational, chaotic and destructive. Part of the reason it is irrational is that evil typically requires a deliberately myopic worldview. Evil seeks the advantage of a single community, person or desire above all others; it is incapable of genuine sacrifice. The racist seeks the advance of his own community to the disadvantage of all others; the envious person wishes his own benefit to the exclusion of everyone else; the addict seeks the satisfaction of his immediate desires, ignoring his own future. If God is perfectly rational and all-knowing he is incapable of having the myopia necessary for evil.

Consider hatred as a paradigm of evil. It is an irrational, destructive desire. Hatred abandons reason for the sake of power and destruction. Evil perverts rationality, but God is perfectly rational. Evil is needlessly destructive, but God is a perfect creator. God’s purposes cannot be arbitrary, given his nature. God would want us to flourish and be happy by having a deep relationship with him. This sets constraints on what he would create and command. God could not desire evil or command us to be evil.

We must also explain the reality of moral obligations as well as moral values. Obligations impose rules upon us.  They guide our actions and take precedence over other considerations, be they aesthetic, legal, or political. We will be motivated to meet our obligations and feel guilty when we fail. 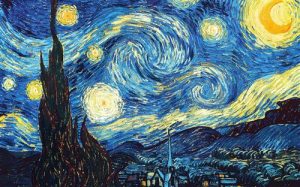 Obligations are normally taken as personal – we have them to someone, a community or a person. It is difficult to see how we can feel obligated to an abstract principle or hypothetical rule. If theism is true ,we have been designed by God for God; therefore, it is imperative that we follow his guidance. God provides a transcendent source of moral obligation because he calls us to pursue the good. This places a real and powerful demand upon us.

Crucially, morality depends upon the relationship between God and his creation. Consider how human dignity simply follows from facts about God and facts about us. We need a very high view of human nature to explain our moral convictions. Consider the statement “the sadistic torture of children is wrong”. That statement expresses a rule – “don’t torture!”- but it also appeals to a value.

The underlying value, on which the rule is based, is the preciousness of innocent human life. To be genuinely morally precious, the value of innocent life must be universal. If something is good, it is good everywhere and always. The value cannot be the product of our desires. Bloodshed does not become good because a society decides to worship war; bravery does not become bad because we prefer life and comfort to compassion and sacrifice. The value of humans must be part of the “furniture of the universe.”

It is not that God whimsically decided that humans are of value and that murder is wrong. Our value follows logically from the fact that we resemble God in important ways and that were made for a relationship with. And the duty not to murder follows logically from these facts. God did not have to create us – but because he did, our value follows from who he is and our potential relationship to him.

Christians believe that a God of limitless, loving power created the universe. It’s not that God “created” or “invented” good and evil. Rather, God is so wise and valuable that God’s will is identical with the good; whatever perverts or undoes God’s will is evil.
In other words, good and evil, right and wrong, depend on who God is and what he has decided to create. On theism they do not depend on arbitrary and non-rational decisions for God is the ultimate rationality and wisdom. The answer to Euthyprho is that God is the way, the truth and the life. 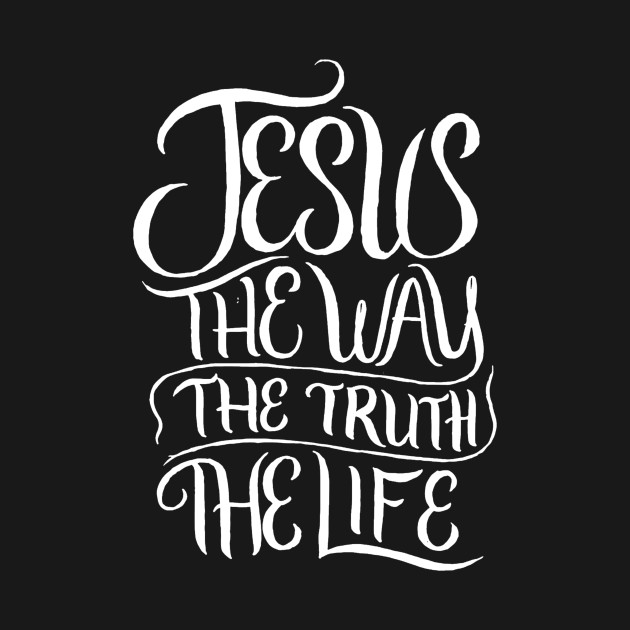 [1] Note that God must be a maximally great being – the greatest thing that we can conceive. Why would we define God as a “Maximally Great Being”? Well, God is meant to be the being most worthy of worship. If there could be something greater than God, it would be most worthy of worship. So, by definition, if God exists then God is a maximally great being.