What About Those Who’ve Never Heard? 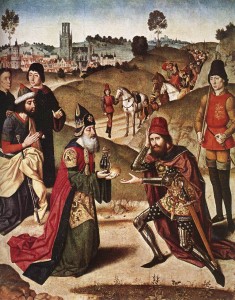 Christianity teaches that Jesus is the way, the truth and the life, and that no one can come to the Father except through him. It seems to follow that God condemns people simply because they’ve never heard that Jesus died for their sins. But wouldn’t it be completely irrational for God to condemn people for being born in a country where they couldn’t hear about Jesus?

First, we should be clear that people aren’t condemned because they’ve never heard of Jesus; we’re judged because we broke God’s law.  God doesn’t judge anyone by a standard they are unaware of. Everyone who is aware of the difference between right and wrong does wrong – and has to take responsibility for that.

But if they haven’t heard of God, how can they be condemned for rejecting God? We’re certainly aware of his rules!  I don’t need to know the origin of the moral code to know that it is a code I should follow. Romans 2 and 1 Cor 5 teach that we have a knowledge of a moral law. So we knowingly reject what God stands for. 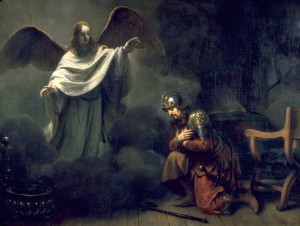 Moreover, there is enough evidence in the world, and in our consciences, for us to know that there is a creator who we are responsible to. So we should know that we need to repent. To receive forgiveness, a person need only call out to a merciful creator for mercy. God won’t cast out anyone who comes to him.

It is not that God expects the individual to “deduce”  that he exists, then “work out” how to respond to him. God can reveal himself in many ways: through religious experiences, for example. He can give a person a sense that they are created, and a sense that they need forgiven. Then that person need only depend on God to forgive them.

This is not to say that all religions lead to God. For one thing, only a direct encounter with God can reveal God to you. For another, you can’t hear about Jesus, reject his message, pursue another religion and then expect him to enter into a saving relationship with you. Finally, it’s total trust in a saving God that leads to healing and forgiveness. A religion which teaches that we are a part of God, or that God is not personal, or that we can please God through good deeds, can’t show you a way back to him. This obscures God rather than reveal Him. 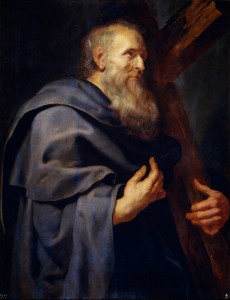 Without Jesus’s life, death and resurrection it would be impossible for anyone to be reconciled to God. If we do not recognise the need for atonement we underestimate the gap between God and man and  belittle God’s Holiness. Something has gone wrong with human nature.  Our problem is not just that we fail in some of our moral obligations, but that we wrong God, not least by turning away from him and going our own way. We have cut ourselves off from the very source of goodness and so are no longer able to meet God’s standards.

How could we please a Holy God by our own efforts? God would know every thought, motive and emotion that we keep hidden from others: could we bear the shame of having our sins uncovered? And could a perfectly good God simply overlook wrongdoing without punishment? Wouldn’t that, in effect, condone wrongdoing?  Wouldn’t it fail to do justice to the seriousness of the wrongdoing? In that case, wouldn’t forgiveness come at the expense of justice?

Some religions suggest we can cross the gap between God’s expectations and our moral failures through our own effort and obedience. But  isn’t God owed perfect obedience by everyone, always? How, then, can our obedience make up for our wrongdoing? Wouldn’t it amount to God turning a blind eye to our wrongdoing? We are hardly doing God a favour—working up extra merit as it were – when we worship him or choose to be good. This is just what God should expect from us; it is exactly what we were made for.

Christianity teaches that we are unable to meet God’s standard by our own efforts but that God has come to our assistance. The Father’s heart broke when he gave his only Son. The Son suffered the punishment that we deserved. They carried the consequences we ought to have suffered. Some will counter that the Christian claim to exclusive truth is arrogant. But is it less arrogant than saying that I am part of God, or more personal than God, or that I can be good enough to meet a Holy God on my own merits?

God can only forgive wrongdoing and remain just because his son paid the price of our wrongdoing. But a person need not be aware of the atonement to benefit from it.  After all, no-one in the Old Testament could have predicted that God’s son would die for them. Their faith was in God; and the God’s word teaches that whoever calls upon the Lord will be saved.

But while salvation is accessible to all without exception, it is certainly the case that many will need to hear the good news about Jesus explicitly preached and explained before they believe. Knowing God demands humility. If we are not  ready  to accept that a personal God exists; and we if will not choose to develop the necessary humility that would bring us to that point, then the lack of knowledge would be our fault, not God’s. God has given us all the information that we need. 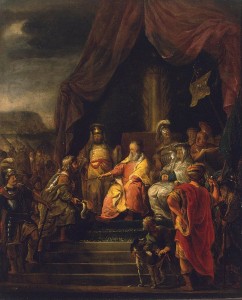 We need not expect the knowledge of God to descend on a person all at once. It might take time; it might be a process. And we might walk away from that process at any time. Say we become aware of design, and the “goodness” of nature. But then we realise that we don’t want to be accountable to a personal God. At that stage we might stop “listening” to what God has to say. Generally, people resist the presence of God in conscience and creation – so it takes the direct message of the Gospel to wake us up.

So, sooner or later, theoretical objections to the Gospel need to be set aside. If you have heard the only question that ultimately  matters is: “what shall I say to the Son of God who loved me, and gave himself for me?”