Unrestricted Abortion in the UK

This article will be brief, and necessarily so.

There is, as ‘The Teacher’ says, a time to be silent. This is almost it.

Words in such circumstances, some of those outlined below, and especially some in the linked articles lose all meaning.

According to the chief executive of the Royal College of Midwives, “It’s not our (their) job really to say anything about the rights and wrongs of abortion.”

That, of course doesn’t mean that she has nothing to say, just nothing about the morality of abortion, or much any ‘argument’ for or against it.

Her preference is for, “complete decriminalisation of the procedure”, which is, in effect, “the introduction of abortion up to birth for any reason”, as highlighted in a letter of protest signed by 200 midwives.

If there is an ‘argument’, it is that, “Terminations should, she said, be viewed as part of the “family planning jigsaw”.

But that isn’t an argument, merely an assertion – which is most often what passes for argument in the 21st century.

As is the idea (one used more often that we might have realised) that we should change the law to prevent people breaking the law, not, I suggest, something we can argue consistently.

But listen to this and the wider debate carefully. All mention of the unborn child as a person, or even non-person has almost gone, and with it any attempt to justify abortion on such a basis. 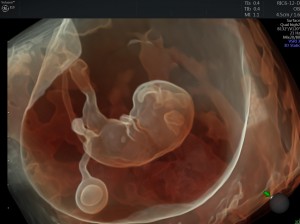 And interestingly, as Northern Ireland continues to debate a change in the law on abortion in specific circumstances, and some voice that the law here should be brought into line with the 1967 Abortion Act which applies in the rest of the United Kingdom, and as they do so on the basis that this will allow for limited abortion, the chief executive of the Royal College of Midwives offers a view which would see the restrictions of that act removed entirely.

There is also a time to weep, and a time to mourn.

For some, however, it seems that there will be no time for them to be born.