The Fall and Rise of Tim Farron

“To be a political leader – especially of a progressive, liberal party in 2017 – and to live as a committed Christian, to hold faithfully to the Bible’s teaching, has felt impossible for me.” Tim Farron

On Wednesday 14th June, 2017, Tim Farron resigned as leader of the Liberal Democrats, citing the impossibility of living as a committed Christian, one holding faithfully to the Bible’s teaching. 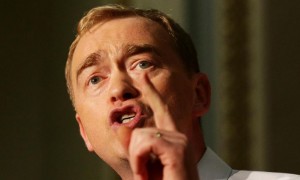 Whatever we make of Tim Farron’s resignation as Liberal Democrat leader, and whatever we think of the links between religion and politics, or what they should be, it is clear that Mr. Farron has felt and thought the need to choose. And we find ourselves faced, perhaps for the first time in living memory, with a Christian who having lived and worked at the heart of public life and in the public square, now thinks it impossible to be both faithful and a political leader.

Much has been written in response to Mr. Farron’s decision; some of it has supportive and positive; some has drawn attention to the illiberalism of modern Britain; some of it has commented rightly on the inspiration of his reference to Isaac Watts; and some has been negative and less than complimentary.

My mind turned to something else, another occasion, 72 years ago, when Romanian pastor, Richard Wurmbrand also chose between politics and faith. This account, and extracts from Tim Farron’s speech are summarised below.

Readers will draw their own parallels.

In 1945 Romanian Communists seized power and a million “invited” Russian troops poured into the country. Pastor Wurmbrand ministered to his oppressed countrymen and engaged in bold evangelism to the Russian soldiers.

That same year, Richard and Sabina Wurmbrand attended the Congress of Cults organized by the Romanian Communist government. Many religious leaders came forward to praise Communism and to swear loyalty to the new regime.

Sabina said, “Richard, stand up and wash away this shame from the face of Christ.” Richard warned, “If I do so, you’ll lose your husband.”

“I don‘t wish to have a coward as a husband,” she replied.

Thus Richard declared to the 4,000 delegates, whose speeches were broadcast to the whole nation, that their duty is to glorify God and Christ alone. (My emphasis.)

From “The Voice of the Martyrs”.

“From the very first day of my leadership, I have faced questions about my Christian faith. I’ve tried to answer with grace and patience. Sometimes my answers could have been wiser.”

“To be a political leader – especially of a progressive, liberal party in 2017 – and to live as a committed Christian, to hold faithfully to the Bible’s teaching, has felt impossible for me.”

“…I seem to be the subject of suspicion because of what I believe and who my faith is in.

“In which case we are kidding ourselves if we think we yet live in a tolerant, liberal society.

“That’s why I have chosen to step down as leader of the Liberal Democrats.”

“Imagine how proud I am to lead this party. And then imagine what would lead me to voluntarily relinquish that honour.

“In the words of Isaac Watts it would have to be something ‘so amazing, so divine, (it) demands my heart, my life, my all’.” (My emphasis.)