David Cameron’s Extremism & The Clash of the Fundamentalists

As the British government argues that it needs much more muscular legislation to grapple fundamentalism effectively, it seems that ministers have not quite grasped the dangers to free speech. According to this week’s Private Eye magazine (30th Oct-12th Nov 2015, p.13) this week in Parliament Home Office Karen Bradley offered contradictory remarks about the nature of “hate speech”. Tory backbencher Fiona Bruce was reassured that “nothing we are doing, or are planning to do, to tackle hate crime and extremism will stop the UK’s long tradition of preaching.” However, Bradley then told Kwasi Karteng “what we are doing is focusing on people who seek to use religious texts as an excuse to promote hatred and extremism. That is what we want to stop”.

When the DUP’s Gavin Robinson pointed out that a preacher is being prosecuted in Belfast for aggressively criticising Islam, Bradley replied that “using religious texts as an excuse for hatred is not acceptable and we will not stand for it.” So Labour front-bencher Lyn Brown challenged Bradley to cite one clear example of the sort of extremist preaching or university teaching the government wishes to stop; worryingly Bradley could not. It seems that we will have right to free-speech in Britain, except when we won’t.

The problem is that a proposed counter-extremism bill will enable the government to crack down on speech which could be interpreted as vocal or active opposition to fundamental British values. These values include democracy, the rule of law, individual liberty and the mutual respect and tolerance of different faiths and beliefs. But there is a lot of room for interpretation.

The aim is to strand extremists in a field of legal obstacles. While the exact content of the bill has yet to be revealed, it seems that the Home Office will acquire a formidable arsenal of legal powers. Colleges, schools and doctors will be required to monitor individuals who might be attracted to extremism and have policies in place to protect them. Universities – and perhaps even Student Unions –  will be obiged to exclude extremist speakers from their premises.

“Extremism Disruption Orders” will allow the authorities to ban troublesome individuals from speaking in public or publishing on social media. It seems that anyone who  spreads, incites, promotes or justifies hatred on the grounds of disability, gender, race, religion, or sexual orientation – or who even causes members of these protected groups “distress” – will count as an extremist. The government will only need to show that an individual “probably” meets these criteria; a reasonable doubt will not suffice to protect the accused. And venues and organisations who support extremists will also be tackled.

The Prime Minister has argued that every “genuinely liberal country…believes in certain values and actively promotes them. It says to its citizens: this is what defines us as a society.” But if the above proposals can pass as “liberal” then John Stuart Mill will be spinning in his grave for his wisdom’s dead and gone. Whatever their original intention, the government could use these proposed powers to intimidate anyone with a social conscience – especially when that social conscience bothers the political establishment.

This is not merely a threat to religious freedom. As far as the powers that be are concerned extremism comes in religious and secular varieties. Already police officers have warned teachers that Green Party MP Caroline Lucas – who was arrested for blocking a road at an anti-fracking demonstration in 2013 – is a proponent of domestic extremism.  And last year it emerged that London’s Metropolitan Police had recorded Green Party Peer and London Assembly member Jenny Jones as a “domestic extremist”.

All in all, it appears as if the British government is determined to fight Islamic fundamentalism with its own fundamentalist ideology. After all, fundamentalism comes in a variety of flavours. Early in the twentieth century American and British Protestant fundamentalists drew a line around a number of non-negotiable doctrines which defined the essence of authentic Christianity. For example, the incarnation, the virgin birth, the resurrection of Jesus, the atonement, the necessity of personal conversion and the inspiration of scripture we all considered to be non-negotiable.

If this was all that fundamentalism stood for then there would be little for evangelicals to quibble with. But fundamentalists came to define themselves by what they rejected. To be an authentic Christian was to oppose modernism, secularism and ecumenism. Not only did they practice “first degree separation”, refusing to associate with those who were morally or doctrinally suspect; they would only associate with Christians who practiced first degree association. Dialogue and tolerance were not on the list of things to do.

David Cameron’s defence of fundamental British values could take Britain down a similar path. It seems that he would not only exclude extremists, but also those who either associate with or even sound a little like extremists. Those who cannot whole heartedly endorse the values of the establishment will find themselves marginalised or silenced.

Most worrying, the British values endorsed by Cameron are amorphous and vague. “Respect” and “tolerance” might lead some to demand freedom from religion and others to demand the freedom to manifest their beliefs in public. The terms mean different things to different communities; in the absence of a concrete worldview and overarching narrative, the terms are both blind and empty. Simply stated in sound-bites, these words offer no guidance and provide little motivation.

The simple fact of the matter is there is no one way of being British; every community will have a different set of responses to the events, ideas and movements which have shaped our country. To be fully British should only require some, minimal loyalty to British laws and institutions, a commitment to build a better future for every other citizen, and an undertaking to obey the rules of liberal democracy. 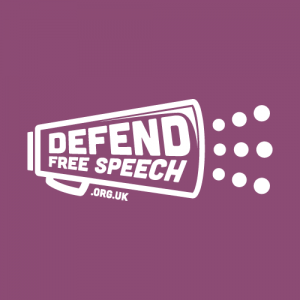 Eventually, some deeper sense of belonging must also be sought or created. Britain’s history has involved slavery, racism, colonialism, imperialism and religious discrimination; it has also included exploration, emancipation, scientific revolution and technological innovation. The past can unite us, but each community will have different responses to the events and ideas that have shaped our nation; everyone will have a different story to tell and a particular vision for our future.

Britain is home to a variety of competing secular and religious traditions, different comprehensive doctrines with unique ethical stances. The great strength of an open society is that it allows these communities to challenge, debate and co-operate in the quest for truth and happiness. The danger of the government’s new fundamentalism is it reduces an open society to a few values and those values to a few sound-bites. As a result, free speech will ossify.

Law abiding citizens who wish to criticise accepted moral or political dogmas will want to check their notes twice and approach their subject with care and circumspection. Those who are already drawn to violent extremism will be driven further into the fringes of society where their beliefs will not even be noted, never mind challenged. Only the government, tough on terror and the perceived causes of terror, really stands to benefit from the power to criminalise anyone with a dangerous idea.