Scientism and Our Pornographic Culture

British television finally scraped the bottom of the barrel clean with Channel Four’s dating show Naked Attraction. This program does exactly what it says on the tin: six strangers are presented in all their naked glory to a contestant who chooses the most attractive person as their date. Private Eye magazine summed up the product rather neatly: “porn”which is “no more daring than a flasher in a grubby mac.”

It would be difficult to disagree with Private Eye’s assessment of Naked Attraction. Pornographic material is not merely risque or alluring but, as philosopher Roger Scruton delicately explains, “sexually explicit and rich in anatomical detail”. Its primary purposes are entertainment, titillation and arousal. If the explicit content was removed no-one would have any reason to purchase the product. That seems to sum up Naked Attraction: lewd content with no redeeming qualities.

Thankfully, the critical consensus is that the show is bizarre, dull and boring (the Telegraph has described it as the “least tantalising TV show ever”). Yet, incredibly, this is not the first time that Channel Four has managed to make sex seem boring. Consider its surreal Sex Box, in which couples have sex in a sound-proofed and opaque box, chatting with a scientific expert before and after proceedings. 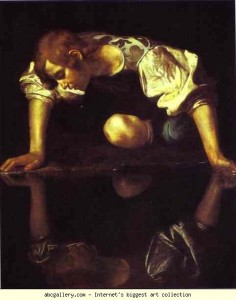 A few decades ago this program would have been marketed as performance art. After all, it leads to the pseudo-intellectual questions which captivate the Tracey Emin’s of the world. Why should the audience believe that the couples were really having sex? Did viewers tune in to watch what they couldn’t see? Who knows? Who cares? These days, broadcasters are more interested in the pseudo-pornographic than the pseudo intellectual.

Channel Four insists that such programs meet a social need, educating the public about sex. Hosts and guest experts offer the latest studies or expert scientific opinions to fill out the screen time. As Private Eye explains, there has to be “some intellectual Botox to smooth over the smut”. Obviously, theologians and philosophers searching for meaning, significance and purpose would be out of place on these shows. So sex on Channel Four is an entirely secular experience; only scientific expertise is welcome during the pillow talk.

Science works in abstractions and generalisations; it reduces complex wholes to their component parts for analysis. It is blind to objective values and deep purposes. If we confine ourselves to the world described by science sex is disenchanted. Physical attractiveness, for example, is confused with beauty. But generations of painters, artists and dancers have revealed that the human form is objectively beautiful. We can obscure that beauty by mistreating our bodies but, nonetheless, that essential beauty remains in everyone. 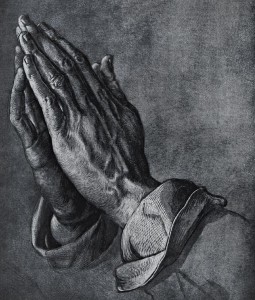 We do not even grasp attraction if we analyse statistics to discover what the average person considers physically “attractive”. We have all met attractive people who gradually seemed less and less lovely as we became acquainted with their mean and vapid spirits. Someone less immediately striking can grow in beauty as their joy and kindness becomes more and more apparent. Ultimately, it is the unique qualities of the person we are attracted to; and mere empirical observation cannot capture the person who animates the body.

By assuming that expertise is the sole preserve of science, Channel Four’s  producers have unwittingly surrendered to the worldview of scientism. Interestingly, there is a deep coherence between this worldview and the gaze of the pornographer. Both view the human body as nothing more than an assemblage of physical parts; each can think of no higher value than the satisfaction of human psychological desires. Thankfully, there are more fulfilling ways of viewing the world.

The Bible values desire and sensual pleasure; but it also values human sexuality as a source of meaning and significance. If sex is the source of new life, then  love is as strong as death and passion as powerful as the grave.  Sex is about pleasure and affection; but when a man and woman know one another their bodies also strive to make a child. A pregnancy could result even if they are using contraception to diminish their chances of having a child. So when they have sex their bodies communicate that they are ready to have a child with each other. This is the intrinsic meaning of the act; in fact, it gives their actions a deep significance. Love is necessary for raising a child; so the Bible requires love- expressed in promises, measured in sacrifice and lived out through commitment- before sex.

When romance was possible a man and woman could require respect, commitment, love and the vows of marriage before they would be naked and unashamed with one another. So there is something depressingly soulless about a person choosing a naked body in the hope that he might actually like its owner. Apologists for Channel Four claim it is merely reflecting the realities of dating in the age of sexting. We may hope this is a wild exaggeration. For just how cynical, desperate and lonely must a generation become to view such behaviour as not only reasonable – but fun?