Reflections on the Pennsylvania Abuse Scandal

The revelations contained in a Pennsylvania grand jury report into child sex abuse within the Catholic Church strike the reader like a physical blow. Attorney General Josh Shapiro’s investigation has uncovered facts almost too unbearable to read.  The scale alone is disturbing: for over seven decades, about eight per cent of the 5000 priests who served in Pennsylvania abused over 1000 children. 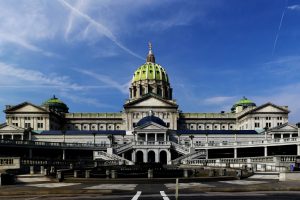 But particular details in the 1,400 page report will leave many on the brink of despond. (Some of the details below are deeply upsetting – but far from the worst in the report). It seems that some priests made boys pose as Christ on the cross before photographing and molesting them; others gave children golden crucifixes to mark them out for others as having been suitably groomed. All this is redolent of occult practices; it is certainly blasphemous, and reeks of malevolence.

One seven year old boy was told by the priest who molested him that he had to confess his sins – to that same priest – the next day. One girl was 18 months old when she was first molested. Another fifteen year old boy was raped so violently that he was left with severe spinal injuries. He became addicted to painkillers and subsequently died of an overdose. One survivor, James VanSickle, uses a striking phrase to describe such malignity: “the murder of a soul”.

It seems that the church hierarchy was aware of such gratuitous and horrendous evils; incredibly, they chose to hide the facts from the faithful and  the wider world. This went beyond ignoring suspicious activity or even transferring accused priests to different parishes without proper investigation. The assessment of the FBI’s National Center for the Analysis of Violent Crime led the grand jury to conclude that the church had something “like a playbook for concealing the truth.”

In church documents, terms like “inappropriate contact” or “boundary issues” were used, rather than “rape” or “sexual assault”. The church often carried out brief, perfunctory investigations and did not inform law enforcement of serious allegations. Complaints were kept in a “secret archive” that only bishops had access to. Bothersome priests were sometimes sent to church run psychiatric facilities, where they often received a clean bill of health – before going on to abuse more children. 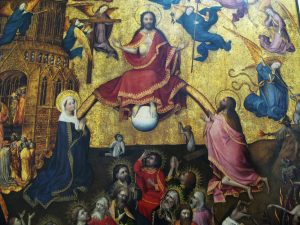 There are lessons to be learned here. First and foremost, a perverse culture can flourish in the presence of orthodox theology and venerable traditions. Conservative Christian culture warriors need to take note: mere belief benefits no-one.

But there are other lessons. For example, that moral evil is objectively real: as real as gravity or energy. Were it not, our reaction to these stories would be hard to fathom; we would not recoil from the insidious perversity and cruelty. Just as we can see another person’s feelings through their expression and actions, we can clearly perceive wickedness through the horrors inflicted on little children.

We can also see that morality is not a matter of preference: we can compromise on matters of taste or preference; but we cannot compromise with someone who takes delight in malicious torture of infants. The bishops might have felt obliged to support a noble institution; but that duty was clearly overridden by their duty to protect the helpless.

What happened in Pennsylvania ought not to have happened; the world should not be like that. We feel this in the very marrow of our bones; it is as certain as our planet’s core. Our certainty, though, is accompanied by the feeling that retribution is long overdue. For a time, the scales of fortune were tipped in favour of the molesters and their allies. They enjoyed this privilege for too long, and, if there is to be any moral order, they must pay.

And Jesus is clear: the payment could be severe.

Whoever welcomes one such child in my name welcomes me. If anyone causes one of these little ones to stumble, it would be better for him to have a large millstone hung around his neck and to be drowned in the depths of the sea.

Not everyone who says to me, ‘Lord, Lord,’ will enter the kingdom of heaven, but only the one who does the will of my Father who is in heaven. Many will say to me on that day, ‘Lord, Lord, did we not prophesy in your name and in your name drive out demons and in your name perform many miracles?’  Then I will tell them plainly, ‘I never knew you. Away from me, you evildoers!’

“Away from me you evil doers; better for you that you had never been born.” These are not the last words one wants to hear from a God of love. Yet when we read of a woman who dreads the very word “God”, because it reminds her of her abuser, we recognise that a very religious man in Pennsylvania deserves to hear such a verdict.

Morality is real, so retribution is due. There is a degree of comfort in both those facts. But where do those facts leave us? If the abusers in Pennsylvania have to pay for their faults, should we not have to pay for ours? We might not have acted with the malice of an abuser; we may not be as callous as their enablers. But we’ve all wished for some terrible things in our most private thoughts. We all can be malicious, and cruel, hurtful and selfish, greedy and base. 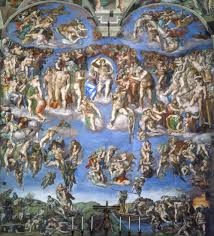 There is a vast gap between the good that we should do and what we actually choose to do. We have all gained from our vices; surely,we have debts to pay. But how? Our good deeds cannot make up the difference, for we know we ought to do good always. And if Pennsylvania teaches us anything, it is that mere religiosity is worthless.

Hence the Cross, where the Son of God takes responsibility for those who are prepared to be united to him and let their old selves die. This means personally surrendering to Jesus and admitting we do not deserve anything he has done for us. It means giving him his full rights as Creator, Saviour and Lord, knowing that he will transform us as he sees fit. But that is a small price for us to pay; and we would be foolish not to pay it.

For how shall anyone escape God’s judgment if they neglect such great salvation?