Islam and All That

Between Naivety And Hostility: Uncovering the Best Christian Responses to Islam in Britain

On April 18th 2007, three employees of a Christian publishing firm were savagely tortured and murdered by five young Sunni Muslims. Immediately, evangelicals concluded that the three martyrs – Necati, Ugur and Timann – were the victims of Jihadists. Yet, in his contribution to Between Naivety and Hostility, Necati’s personal friend Ziya Meral argues that the English speaking world misunderstood and misrepresented the killer’s motives. This book brings together 20 evangelical authors who are all actively engaged with Muslims. It warns against the conservative tendency to demonise Muslims and the post-modern tendency to explain away all the points of tension.

Meral’s discussion of the Zirve Publishing House massacre is particularly helpful. A Turkish evangelical theologian and social scientist, he points out that Neacti, Ugur and Timann were murdered by men with connections to ultra-secularist, ultra-nationalist groups. The killers were not interested in establishing Sharia law or a caliphate, and were only committed to Islam insofar as it is part of Turkish identity:

It was sad to see a local incident in Turkey, caused by factors unique to Turkey, being sucked into ongoing British and European debates on Islam and faulty notions of ‘clash of civilizations’. The actual sufferings of our brothers were effaced and utilized as metaphors for such debates.” 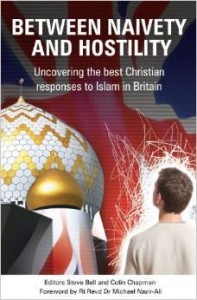 Meral points out that because human knowledge is limited we have a marked tendency to interpret complex events through the lens of our own worries, concerns and limitations. Panic about immigration, secularization, multiculturalism and terrorism shapes our interpretation of Islam. We look for simple categories which will enable us to make simple deductions and useful predictions about how a community will think and behave. We “unify a host of different issues into one single issue; Islam… emerges as almost a robotic, single body.”

A common evangelical mistake is “deductive theological thinking.” Christians do not begin with the cumbersome task of examining and describing the beliefs of the various Islamic communities; it is much too easy to search for a verse in the Quran or a saying from the Hadith which will reveal the essence of Islam. In effect, Christians search for a core set of doctrines which will explain militant Jihadism; we then preach that this is the true nature of Islam. This critique of Islam functions as a powerful polemic, but it is a poor  apologetic and a terrible political response. It merely reassures Christians who feel displaced and besieged in a post-secular, multi-cultural age.

Of course, as Meral acknowledges, some Islamic communities hold beliefs which are not compatible with liberal democracy. Between Hostility and Naviety refuses to gloss over these issues. Militant or revolutionary Islam provides the most obvious point of conflict. John Azumah, a theologian with a doctorate in Islamic studies, argues that Islam has the “seeds of violence” within its texts, traditions and history. For example, Islam is a “territorial religion”. After all, the holy sites of Mecca and Medina are central to most strands of Islam. While some Islamic traditions – like the Jakhanke in Western Africa – rejected political power as corruptive, today some Muslims in Africa seek power to impose Sharia law, which is viewed as the defining characteristic of Islamic territory.

The doctrine of the “lesser Jihad” (the duty to defend the Islamic community) and the example of Muhammad’s (impressive) military success can also be used to justify armed conflict. However, these ‘seeds of violence’ require social, political and economic realities to grow. It is much too simple to say that ‘all Muslim violence is religiously motivated’ or that ‘there is no such thing as Muslim violence; there is only political violence’. In certain conditions humans will be motivated to use violence and will seek to justify their actions. Islamic texts can offer more comfort to the holy warrior than the Gospels or the letters of Paul. But human beings, not texts, go to war. Humans must choose to elevate one text or hermeneutic over another; “blaming a faceless and nameless Islam stops people being held accountable for their actions.”

Most Muslim conservatives reject terrorism and communal violence; many traditionalists prefer quietism, and retreat into one of the many Muslim subcultures. But some of these subcultures can be difficult places for women. Emma Dipper, a woman’s rights activist, points out that many Muslim women in the UK face forced marriages and honour beatings. However, this is not the universal experience of Islamic women and Dipper castigates mainstream society for the way it isolates female Muslims, many of whom are subjected to verbal abuse and social isolation for wearing the niqab. Effectively, our hostility locks women into a subculture when they might otherwise venture beyond it. 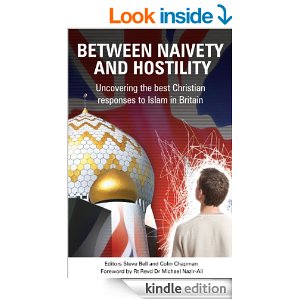 Evangelist Tim Green discusses Islam’s attitude to apostates – those who convert from Islam.  Until recent times, practically every Islamic authority has agreed that apostates are traitors who deserve execution. In every school of Islamic law, sane male apostates should be put to death. The consensus of the centuries is, tragically, unanimous: the interests of the Islamic community take precedence over the individual’s conscience. But Muslim reformists have little use for antiquated legal systems and Islamist ideologies, and are quite comfortable with the Western understanding of religious freedom. And it is encouraging that more conservative, internationally recognised Muslim leaders are at least paying lip-service to the ideal of religious tolerance.

Globally, the Muslim world has some distance to travel towards religious freedom. Even in Britain, violent persecution of converts has occurred (although this response is more often caused by honour cultures than exegesis of the Koran). Muslim converts are much more likely to face temporary social isolation. Green counsels neither antagonism or despair. We should advocate for those converts who face difficulty and become a surrogate community for them; and we must co-operate with conservative Muslims who are seeking to bring about change in their own communities. There is room for creative interpretation of Islamic law, but Green notes that:

Muslim scholars have only a small room for manoeuvre if they are to justify, on Islamic grounds, overthrowing the Islamic law of apostasy. To make the case for change to a sceptical Muslim public, they will need to resort to arguments which are not based on Western human rights discourse. So be it.”

This is only a brief summary of the books highlights; but the central message is clear. There are many ways of being a Muslim and the Christian cannot say which is the true Islam. We do not believe that the Koran is scripture; we do not believe that Muhammad is God’s messenger. There is no essence of Islam, no central revelation to uncover. There is only a series of human responses human traditions.  If Islam has a core, it is a strong commitment to monotheism, a belief that Muhammad is God’s final messenger, and that the Koran is the supreme revelation from God. However, a liberal reformist, a Sufi Pir, and an Islamist radical will interpret the Koran in very different ways. Islam simply does not prescribe one form of government or one form of political engagement. Islamic communities evolve and change; they can continually renegotiate their relationship with the state. Indeed, many Muslims in the West have eagerly embraced concepts like human rights and democracy. (Two examples spring to my mind: the polymath Ziauddin Sardar and the Islamic scholar Abdullah Saeed).

Between Hostility and Naivety reminds us that we should not respond to Islam; we must respond to the particular Muslim neighbour who we are speaking to. This is good news for us all: a coffee and a chat is preferable to a clash of civilizations .