Is Morality in the Interests of Health and Safety?

In the interests of safety,  some security experts could argue that Buzz Lightyear should be banned from airports. This would fit with established practice, and the argument for a ban on Lightyear’s would straightforward. Obviously, security guards at airports are rather keen to confiscate weapons from passengers before they board jet-planes. It also makes good sense to have a rule which prevents travellers from carrying replica weapons. So far, so sensible. But all toy guns are replica weapons in some sense; so light-sabres and blasters must remain on terra firma. 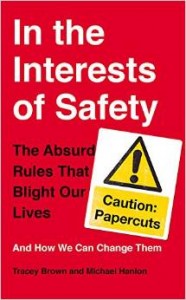 It should be granted some toy guns look rather realistic; so we might want to keep them off planes. But it is rather difficult to see how empty water pistols and Nerf guns could be used to hijack and aircraft. Yet, as Tracey Brown and Michael Hanlon report, security guards have deprived children of treasured possession, even birthday presents, because “it is against the rules” to bring replica guns on planes.

A St Louis Airport, sewing enthusiast Phyllis May’s wanted to bring a cloth monkey on in a cowboy suit on board her flight. This was acceptable to airport guards, provided Ms May first handed over its gun (which was two-inches long and made entirely of plastic). At Bradford airport young Alfie Waine was told to hand over his Teenage Mutant Ninja Turtle (who remain quite dangerous unarmed!) And, in 2014, Woody the Cowboy was was taken into custody for carrying a replica weapon. To my knowledge, Buzz Lightyear remains free and at large; but his jet-pack and lazer present a clear and present danger to flights world-wide, znd we should pray that the authorities apprehend him sooner rather than later.

Either airport security are misinterpreting a sensible rule senselessly; or airports are following a set of absurd rules which protect no-one and infuriate most. In either case, airport authorities have left themselves open to ridicule. There is a general principle that humans recognize as absolute: we should not be required to obey rules that are absurd or pointless.

We all seek good purposeful lives because we want to make a moral difference. In fact, we believe that we are obligated to seek such lives. While there’s much more to morality than following rules, there certainly isn’t less. Be kind, be compassionate, be loving, do to others as you would have them do to you – the list is lengthy, substantial, and authoritative. It might take a great deal of wisdom to give each rule its appropriate weighting, and to know which rules apply in which situations; but if you want to be moral, the rules can’t be ignored.

Not only do we all want to be moral: we all assume we must be. We believe that we ought to aim at making the world a better place. Or, if we can’t quite manage that, we feel we ought to be able to justify our actions.  But, as we said above, we can’t be required to engage in an activity if that activity is pointless or self-defeating. So how do we explain our obligation to live a good life if atheism is true?

The theory of evolution doesn’t offer the atheist any comfort here.  Suppose that it can be shown that there is a survival advantage to people believing (and feeling) that they are under an obligation not to cheat on their romantic partners. Although evolution accounts for our belief that we have an obligation in this case, it does not tell us whether we actually have such an obligation. Whether there really is an obligation is irrelevant from an evolutionary point of view since only our beliefs and feelings influence our behaviour.

Suppose we have a horror of spiders; possibly, this fear has served the human race well in the past. However, it might not serve us well in our present circumstances. For many of us, the beliefs incorporated in such fears are false: the spiders of Ireland are a harmless bunch. Our fear is irrational and inappropriate. Now, if we feel the force of  moral rules which are not, in fact, in place, then our core moral beliefs are false.

Furthermore, such feelings might not suit our current circumstances (we might be able to climb the career ladder by being a little more ruthless; we could ease our workload if we cheated a little more). Evolutionary theory cannot explain why anyone living through life’s lonely emergencies, or in Hobbes dog eat dog state of nature, or the palace of Machiavelli’s Prince, should pay the blindest bit of attention to his or her moral feelings. 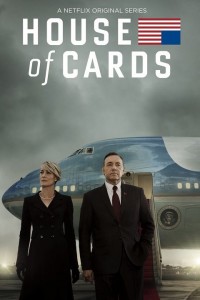 So we do not explain why we ought to live a good life simply by pointing out that humans have moral emotions – that we like to scratch other people’s backs and have ours scratched in return. Yes, we have an emotional commitment to the common good. But we have other emotional attachments – to sex, to power, to prestige and wealth. So why should our motivations for the common good take priority over those all the time? Why should morality be binding if there is no guarantee that a good life always makes the world a better place?

We are usually uncertain about the consequences of our moral actions. We give to charity, but we often don’t know what difference this will make. We try to be honest and to have integrity in our actions. But maybe we’re just providing opportunities for the dishonest and the conniving to get ahead. How can we tell if our moral actions matter?

Perhaps morality benefits humanity’s survival prospects. Morality cetainly makes us feel noble and significant. These are good reasons to be moral sometimes or even most of the time. But we might have equally good reasons to ignore our moral feelings. There are times when it might be in our interests not to be moral. So why must we be moral when we can get away with immorality? Why should the humanity of those living in Somalia or Tibet override my nation’s long term interests? And why should my nation’s long term interests override my short term political ambitions? In the long run, we’re all dead anyway…

Morality might work in the interests of health and safety for most of the people most of the time – but why should we obey its rules when it will not make an immense difference to our world, but it definitely will be to our own disadvantage?  If our moral feelings are the result of a purposeless evolutionary process, and if we have no guarantee that always acting morally actually makes the world better, what exactly is wrong with living selfishly now and then? Or what would be wrong with putting our family, or our community, ahead of the obligation to be kind and compassionate to all?

So many of our moral projects end in noble failure that it is easy to become demoralised. Why should anyone make the effort to follow rules which only seem to make them miserable? Why can’t we value our personal tastes more than we value the well-being of others? We might perceive that certain moral values are real, objective and worthy of recognition. But why should a rational agent put such values ahead of her own self-interest, or the interests of her own community?

For the theist these objections to moral obligation don’t make sense. Yes, there is more to life than morality.We live in a moral universe with God at its centre. Whenever we make a moral choice we do something intrinsically valuable because we are doing something that God sees and values. God designed us to live a certain type of life: he has expectations of us, and it is irrational and risky to ignore those expectations.

This isn’t to argue that morality is grounded merely in God’s will (we’ve never made that argument) or that it is grounded in God’s nature and the nature of the world which he has created (which is an argument we do advocate). It is merely to point out that if our universe is ultimately pointless, it is ultimately rather pointless to try to live a moral life. So, if you want to be moral,  in the interests of sense and consistency it is probably best to believe in a moral creator.

This entry was posted in Existence of God, Quick Thoughts. Bookmark the permalink.