We were glad to see theologian and Pastor Mark Jones (here and here) address the subject of evolution from a Christian perspective. Since we have addressed the issue of evolution recently (here, here and here), we thought it might be worth making a few brief comparisons. Jones claims that:

Some Reformed theologians have perhaps been a little too eager to accept the claims of the Neo-Darwinian synthesis without understanding properly the lively debate among evolutionists on the actual mechanism of fully naturalistic evolution.

We think this is an important point. While arguably he overemphasizes the famous disagreement between Dawkins and Gould[i], he is nevertheless right to point to “tensions among evolutionists concerning the precise mechanism of evolution”. Indeed, evolutionists recognize that there is more than one mechanism, but disagree over the relative importance of different mechanisms as we discussed in our earlier article Debating Darwin. There are a variety of different views among mainstream evolutionary biologists on these kinds of questions. As we pointed out, “evolution does not necessarily involve believing that all of life came about as the result of random mutations and natural selection”.

We also agree with Jones about where the key issues lie. Recognizing that Christians disagree about how to interpret the early chapters of Genesis, we have argued that a more fundamental question is whether evolution undermines belief in God and Jones also addresses this question. This is extremely important because evolution has been widely used by prominent atheists such as Richard Dawkins to defend their worldview.

Here we take a different view from Jones, however. He claims that:

Though disagreement exists among a number of leading evolutionists concerning the mechanisms of evolution, many of them are in agreement that a supernatural being (i.e. God) must not be invoked to help out with the difficulties. For this reason, Darwinian evolution is fundamentally atheistic. 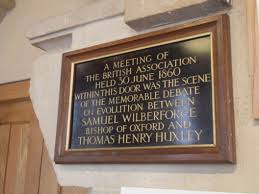 He also claims that ‘theistic evolution’ is a contradiction in terms since it basically means ‘purposeless process’, and that “evolution, as understood by the scientific community is a purposeless, random process that did not have man in view”. Now our goal is not to advocate theistic evolution, but we do think that it is mistake to see evolution as being necessarily an unguided process and hence atheistic. It is true that some (perhaps many) scientists do consider evolution to be inherently atheistic. It is certainly the view of prominent atheistic scientists such as William Provine, whom Jones quotes to support his view.

Our difficulty with this is that we think it concedes far too much ground to atheists such as Provine and Dawkins. When they tell us that evolution leads to atheism, they are making highly questionable claims that go far beyond science and into the realm of philosophy and they should be taken to task for doing so. Why not take into account the views of many Christian scientists who believe God guided evolution? Granted, this is also a philosophical view that goes beyond the science, but why is it less legitimate than the views of the atheists? 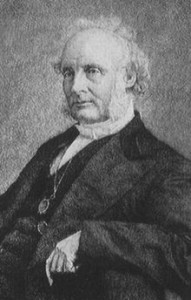 Who gives these particular atheists the authority to put the right philosophical slant on evolution? Evolution attempts to provide a mechanism (or rather mechanisms) to account for the diversity of life, but the mere provision of a mechanism gives no reason to believe in atheism. Whether or not God used these mechanisms, is there any reason to think that in principle he could not have done so? Is there any reason to think that he could not have guided the processes in some way?[ii] To claim that this is not possible is to make a controversial philosophical, rather than scientific, claim (as atheists like Michael Ruse and Elliott Sober have been quick to point out!)

Some might respond that evolution must be atheistic because it depends upon “random” mutations. This would be a mistake. “Random” simply refers to unpredictability: the physical needs of organisms do not enable scientists to predict which mutations will occur. To be more precise, there is no physical mechanism, in organisms or outside them, that detects which mutations would be beneficial and makes those mutations more likely[iii]. As Brian Garvey notes:

As Darwin comments: ‘I have hitherto sometimes spoken as if the variations…had been due to chance. This of course is a wholly incorrect expression, but it serves to acknowledge plainly our ignorance of the cause of each particular variation.” What “random” should be taken to mean in this context is that mutations are neutral with regard to selection”[iv] 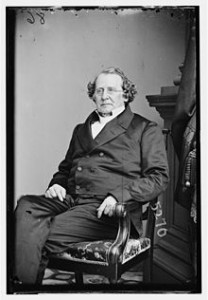 Of course, it could be claimed that while God’s guidance might be logically possible, it is unnecessary since evolution would account for all the evidence. But there are all sorts of reasons for doubting this claim. As we have argued before, evolution does very little to explain away design. It requires an orderly universe, a fine-tuned universe, a suitable planet orbiting a suitable star, life to exist in the first place, and numerous low probability events along the way. Even Richard Dawkins has to appeal to ‘major infusions of luck’. Dawkins clearly doesn’t think this undermines evolution, but our claim is that these kinds of factors seriously undermine evolution’s ability to explain away God.[v]

Interestingly, Jones agrees with the 19th century reformed theologian Charles Hodge about evolution. Hodge’s primary concern with Darwinian evolution was that he considered it to be in conflict with design and hence he viewed it as atheistic. However, as he pointed out in his Systematic Theology, he recognized that it may also be interpreted in a theistic way. Furthermore, as historian of science David Livingstone discusses in his book Darwin’s Forgotten Defenders, there were other reformed theologians, such as B. B. Warfield and James McCosh, who were much less hostile to Darwinian evolution. Like Hodge, the key issue for them was design, but they didn’t think there was a necessary conflict. So, first, Hodge seems to have allowed for more flexibility on evolution than might at first be thought and, second, we see no good reason to prefer Hodge’s view to the views of these other reformed theologians. In fact, for the reasons given earlier, we think there is good reason to reject Hodge’s equation of Darwinian evolution with atheism.

Finally, we are not taking issue here with Jones’s own scepticism towards theistic evolution. We recognize that there are a range of views amongst Christians. Furthermore, there are differing views among those involved in Saints and Sceptics, so we are not trying to promote theistic evolution and have no difficulty with the idea that God could have acted directly at various stages in the history of life. However, we do take issue with the idea that Darwinian evolution is fundamentally atheistic. This is an unwarranted philosophical claim made by some prominent atheists and should be rejected by Christians.[vi]

[i] Natural selection needs a good supply of variation, and Gould believed that the supply of variants is limited. He also believes that surviving a mass extinction requires more luck than fitness. So Gould and Dawkins disagree over the power of selection. However, Gould and Dawkins are agreed that the organised complexity of animals is explained by natural selection, and that this is a slow, cumulative process. The hypothesis of “Punctuated Equilibrium” does not posit “hopeful monsters” – Gould and Eldridge believed that speciation is rapid by geologists standards; it requires many generations, and does not require macromutations or hopeful monsters!

[ii] Even on the issue of chance processes we need to be careful. As Proverbs 16:33 tells us, “The lot is cast into the lap, but its every decision is from the LORD.”

[iii] As the atheist Elliott Sober makes clear in his article “Evolution Without Naturalism” . In the same way, the “purposelessness” of evolution merely refers to the physical processes that drive it. The mechanisms are all purely physical, the same sort of events that are studied in physics and chemistry. The theory of evolution assumes that there is no mysterious teleological force within nature. This does not rule out the possibility of divine providence; how could a scientific theory, which is limited in scope, pronounce on the truth value of a world-view?

[iv] Brian Garvey Philosophy of Biology Acumen 2007 p.7. He is quoting Darwin’s 1859 Origin of the Species

[v] For an-depth discussion of the notion of ‘explaining away’ with application to evolution, see the article ‘Explaining and Explaining Away in Science and Religion’ by David Glass and Mark McCartney.

[vi] We would like to thank David Smart for his comments on some of our previous pieces (and for prompting us to clarify what we mean by “random”!)
This entry was posted in Quick Thoughts, Science and Christianity. Bookmark the permalink.