The American Atheists site defines atheism using a common, but unbelievably disingenuous, sleight of hand: “[t]he only common thread that ties all atheists together is a lack of belief in gods and supernatural beings.” So we are expected to believe that atheists don’t assert or deny anything; they do not need to defend a position because they do not actually take a position. They do not need to argue for the truth of their beliefs if they have no beliefs. 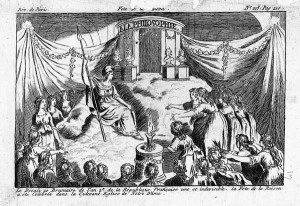 It’s a trivial task to demonstrate that atheists take a definite position on the truth value of any number of propositions. For example they would deny that “every human has a moral duty to believe in his creator’s existence” or “there is abundant evidence for the existence of God”. Now, on its own atheism is not a full blown world-view. It needs to be coupled with other philosophical beliefs before it becomes a substantial position on the nature of life, the universe and everything else. But that is also true of monotheism. A theorist can believe that the universe has a personal creator yet see no need or feel no inclination to worship, repent or obey. As with atheism, further beliefs and attitudes are needed to shape a theistic world-view.

Still, atheism is a substantial philosophical position which needs some rational justification. (Of course, a person might simply be an atheist out of custom or fashion or because they simply haven’t gotten around to considering the case for theism- but, such tentative or habitual atheism hardly counts as a substantial, rational position worthy of consideration). A cosmologist who rejects cosmic inflation needs to explain why she finds the evidence unconvincing and also provide account of the features that the inflationary models explain. Refusing to accept a belief does not remove the burden to provide reasoned arguments.

In fact, a failure to believe certain propositions can tell us a great deal about a person. Holocaust deniers acknowledge that many Jewish civilians died as a result of German actions during the Second World War; however, they do not believe that millions of Jews were systematically exterminated on Hitler’s orders. Indeed, their arguments generally seek to create doubt about Hitler’s guilt or the extent of the slaughter. But is Holocaust denial the mere absence of belief?

Holocaust denial is a definite, significant position, both morally and politically. It uses absurd arguments: for example, that the absence of any written order from Hitler authorising the Holocaust is evidence that Hitler did not bring about the systematic extermination of Europe’s Jews. It suggests that, while Himmler and his underlings organised massacres of Jewish civilians on the Eastern front, they did so without Hitler’s knowledge or approval. It argues that Holocaust survivors are suffering from mass delusions about the extent of the Shoah.

Richard Evans, who testified against Holocayst denier David Irving discovered that “much of the writing of Holocaust Deniers seemed neither morally or politically harmless. On the contrary, a good deal of them seemed to be linked to racial hatred and anti-Semitic animosity in the most direct possible way.” Deborah Lipstadt warns us that these”…arguments make as much sense as flat-earth theory.However, in dramatic contrast to flat earthers they can cause tremendous pain and damage.” The denial of the Holocaust is inextricably linked with anti-Semitism, neo-fascism and Islamo-fascism. 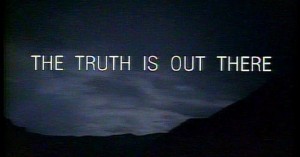 This is not to compare the rejection of theism with Holocaust denial. It is merely to point out that not holding a belief can be significant. I do not believe in Zeus because I am not a polytheist; I do not believe in fairies or spectres because there is little room for them in my world-view. So I can justify my lack of belief by justifying my world-view. We usually can say why a rejected belief seemed implausible to us; and the greater the potential significance of that belief, the greater our obligation to have thought our rejection through.

But while atheism is definitely a philosophical belief- and ought to be held as a considered philosophical position – it is certainly not a religion. Some evangelists, apologists and politicians have argued that the only difference between atheism and religion is that religions appeal to a supernatural, unseen realm. On this view, a religion is just a world-view with metaphysics.

But this is an inadequate view of religion; though Platonism and Aristotelianism are coherent worldviews, which have inspired both passionate advocates and small academic communities, they are not religions.  Religions all believe in a metaphysical and unseen realm, but they also insist that this “unseen realm” provides the deepest answers to substantial human needs; they then form a system of communities and practices that help humans to find those answers.

This leads to Ninian Smart’s famous scheme for studying religion. He draws attention to its seven dimensions- the experiential, the narrative, the doctrinal, the material, and crucially for our purposes, the practical, the social and the ethical. All of the great world religions will affect a person’s social identity and expect a person to behave in a distinctive manner. Atheism has no answer to  a person’s emotional and existential needs; or, at the very least, it cannot compete with religion’s capacity to sate these appetites. Atheism can only mimic religious services with “reason rallies” and the like.

Still, mere religiosity is of little interest to us at Saints and Sceptics. Christianity is more than a community with set of beliefs and practices. It’s about knowing God; not merely knowing about God, but knowing God personally. It is more than a shared belief that certain propositions are true. It is a belief in a personal God. Things are not as they should be. Each of us has gone his own way; we are cut off from the source of goodness, from God himself. But God has made it possible for things to be put right. Jesus shows us that religious belief and practice can’t put things right because the problem runs much deeper, right to the core of who we are and the fact that we don’t know God. By his death, he makes it possible for that relationship to be restored. By turning to him and giving God his rightful place in our lives a new kind of life can begin.

In other words, mere belief and mere religion are not enough: we need God himself in our lives.