Is Christianity a Superstition?

According to a recent piece in the New York Times, one of the world’s most secularised nations has developed a deep fascination with the occult. Christian theism is considered passée in Norway and atheism is on the rise; but Norwegians are now much more likely to believe paranormal forces which go bump in the night. There is nothing particularly surprising about this. Research by Rodney Stark and others has indicated that traditional religious beliefs and beliefs in the paranormal are negatively related. And, as GK Chesterton famously observed, men do not exchange a belief in God for a belief in nothing: when a man stops believing in God he is much more likely to believe anything. 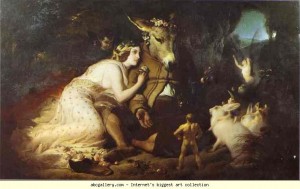 But don’t Christians promote a spooky pre-modern world-view full of angels, demons and miracles? Not quite. Many of the reformers pointed out that traditional folk beliefs about goblins and witches were not supported by the Bible. For example, the apostle Paul warned Christians against telling tall tales about the spiritual world. Such notions, he warned the Colossians, led to arrogant idle theology. Now the Jews and gentiles in Paul’s audience shared his belief in demonic forces; so it is revealing that Paul forbade his churches from dabbling in Jewish demonology and magic. He did not counsel his churches to learn the names of demons or to ward off spiritual forces with amulets containing pages of the Torah. He believed in the powers of darkness but he did not subscribe to a magical world-view. For Paul, humans could not manipulate and control the spiritual powers; only God could. Spiritual warfare was a matter of prayer and faith, not bell, book and candle.

Of course,on the testimony of Jesus Christ, the apostles and God’s scripture, Christians accept that the demonic realm is real. Now, most of the testimony for demonic or ghostly activity in the contemporary world is completely unconvincing. Most of the evidence has a straightforward naturalistic explanation. Most, but certainly not all. Some reports of spiritual experiences of evil are believable and striking; some testimony of demonic oppression is plausible enough to be authentic; some stories of supernatural events are just strange enough to be true.

For example, Craig S. Keener  has collected a number of strange, yet plausible, stories in Miracles (Baker Academic: 2011). As a rule of thumb, the easier it is to identify the eyewitnesses, the more credible the witnesses, the more reluctant they are to tell the story, the less they have to gain personally from telling the story and the less the story sounds like it’s strayed from a draft script of “The Exorcist”, the more plausible their testimony seems. Above all, their story must closely cohere with scripture. If a credible story strays from the portrait given by scripture, it should simply be categorised it as “unexplained” rather than “possibly demonic”.

It’s not that demonic activity is the best explanation of such evidence. It’s just that sometimes there seems to be no good explanation. Scripture tells us little about demons and angels, other than they are immaterial, personal forces whose behaviour cannot be neatly comprehended or predicted. So, when some evidence of a malign, personal force cannot be neatly explained by naturalism, and when the evidence does not neatly fit anyone’s expectations, a belief in the demonic is reasonable.

So Christians must be careful not to trivialise the demonic; we do not want our children to grow up thinking that  evil has no more substance than a fairy tale. But we are not to believe every sensational claim made by purported demonologists, prophets or miracle workers. The apostles were proud of the fact that they would not be taken in by “cunningly devised fables”. They repeatedly referred to eyewitness testimony which could be publicly challenged and verified. The epistles insist that churches beware of “deceivers” claiming miraculous insights. Christians are open to the evidence, but must scrutinise miraculous claims with intense scrutiny precisely because the authority of God and the spiritual well-being of souls are all at stake. 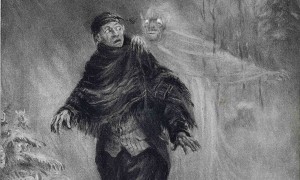 But doesn’t allowing a divine foot in through the door threaten science by undermining the regularity of nature? Hardly. It was not a concern for the first scientists: the Bible led them to believe that the universe would be governed by laws that could be written in the language of mathematics. (That is, it was reasonable to believe in a divine lawmaker who was also a divine architect). But the Bible also led them to believe that God was free to create any one of an immeasurable number of universes; and, on occasion, that God could do something new and miraculous: God could demonstrate his power through a magnificent event which did not conform with human expectations.

God’s freedom meant that the first scientists would not try to deduce a priori the sort of universe that God would create. So observation, measurement and experiment were necessary for a thorough understanding of creation. The fact that we are rational agents in a world designed by a rational agent gave the pioneers of science confidence that they could uncover fathom the laws and mechanisms which govern our universe. A belief in a God of unrestricted freedom compelled them to observe, experiment and measure. And the fact that miracles were meant to be extraordinary signs led them to expect miracles to be rare. So a belief in the miraculous could not hinder their search for mathematical descriptions of nature’s regular mechanisms and laws.

Obviously, miracles lose their significance if they are not exceptional events: Christians should expect miracles to be rare and to be events that God has good reason to bring about. So we would not expect every miracle report to be true. The Christian world-view insists that we should not uncritically accept every miracle claim at face value. To be open to the possibility of the miraculous does not mean that we should accept every miracle claim with slack-jawed credulity. So Christians do not have a “spooky” view of the world; whereas it seems that many secularists do!