The Christian Argument for Religious Freedom 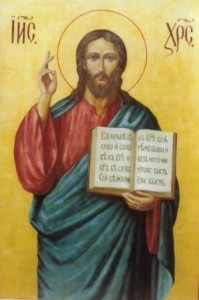 Religious freedom is significantly more than the freedom to one’s own opinion under one’s own roof. It includes the right to express religious views in public life, to live out a life in accordance with one’s deepest convictions, to meet with others in acts of worship and to raise one’s  family in one’s  faith. Religious freedom does not imply that any one religion is true or that all religion is good for society. It simply acknowledges that humans are religious by nature and should be allowed to pursue religious truth without harassment.

Such  freedom is a powerful challenge to the power of the state. The will of the majority loses its force at the doors of mosques, churches, synagogues and temples. Legislators must begin to negotiate with fundamental human rights which are based on the dignity and rationality of human nature. This is not to say that the law cannot ask what is going on behind church doors. Religious freedom has limits precisely because it presupposes that every individual is a rational agent worthy of respect and protection. It follows that the law need not tolerate religious behaviour which is wilfully absurd, which undermines human dignity or which prevents individuals from pursuing the truth without fear of harassment.

This understanding of religious freedom is as much an achievement of Christian theology as it is of Enlightenment rationalism. In On Secular Authority Martin Luther advanced arguments for religious toleration that would later be developed by John Locke. Luther argued that true Christian faith could only develop where the State allowed religious freedom.

[Rulers] must confess that they have no power over souls….the thoughts and intents of the heart can be known to no one but God; therefore it is useless and impossible to command or compel any one by force to believe thing or another….Furthermore, every man is responsible for his own faith, and he must see to it himself that he believes rightly. (On Secular Authority).

Eventually Locke would draw on Lutheran theology- not empiricism or scepticism- in A Letter Concerning Toleration:

…the care of souls cannot belong to the civil magistrate, because his power consists only in outward force; but true and saving religion consists in the inward persuasion of the mind, without which nothing can be acceptable to God.

What many secularists fail to appreciate is that Locke was drawing on Luther (but seeking to apply this aspect of Luther’s theology rather more consistently); and, more importantly, in On Secular Authority Luther was drawing on arguments advanced by the Early Church. Lactantius, for example,  argued that:

… religion is to be defended, not by putting to death, but by dying; not by cruelty, but by patient endurance; not by guilt, but by good faith: for the former belong to evils, but the latter to goods; and it is necessary for that which is good to have place in religion, and not that which is evil. For if you wish to defend religion by bloodshed, and by tortures, and by guilt, it will no longer be defended, but will be polluted and profaned. For nothing is so much a matter of free-will as religion; in which, if the mind of the worshipper is disinclined to it, religion is at once taken away, and ceases to exist. The right method therefore is, that you defend religion by patient endurance or by death; in which the preservation of the faith is both pleasing to God Himself, and adds authority to religion.

In his open letter to Scapula, the Proconsul of Carthage,  Tertullian argued that freedom of religion is a natural right, based on the nature of the divine:

However, it is a privilege of nature that every man should worship according to his own convictions: one man’s religion neither harms nor helps another man. It is assuredly no part of religion to compel religion— to which free-will and not force should lead us— the sacrificial victims even being required of a willing mind. You will render no real service to your gods by compelling us to sacrifice. For they can have no desire of offerings from the unwilling, unless they are animated by a spirit of contention, which is a thing altogether undivine.

Ambrose warned the Emperor Valentinian that “human laws cannot teach us… They usually extort a change from the fearful, but they cannot inspire faith.” Hilary of Poitiers cautioned Constantius that “God does not want unwilling worship, nor does he require a forced repentance.” Isidore of Pelusium’s third epistle advises “since it seems not good to forcibly draw over to the faith those who are gifted with a free will, employ at the proper time conviction and by your life enlighten those who are in darkness”. (3.363)

All of these arguments for religious toleration are based on the metaphysical doctrine that human beings have free-will, and the theological doctrine that divinity is not honoured through forced homage. In fact, Christian theology provides a strong foundation for human rights. We are all in God’s Image; Christ died for everyone without exception; we all carry the mark of original sin. There is no room for boasting or for elitism.

By way of contrast, empirical facts should incline us to believe in the inequality of all people. We all have different aptitudes and potentials, and what we can offer society varies. The doctrine of equal human worth needs metaphysical or religious grounds. Indeed, secularism has produced its share of political and moral dangers. An aggressive revolutionary movement grew out of the Enlightenment; while moderates like Locke emphasised a reasonable compromise between Christian confessions, a Revolutionary wing, exemplified in the French Revolution, insisted that both throne and altar would need to be torn down to initiate a “Golden Age of Reason”. Stalinists and Maoists had enlightened forbears as their examples.