To the best of my knowledge, there are other writers on this blog who will disagree with me. So, please hear me out to the end of this piece if some of my opinions offend you. 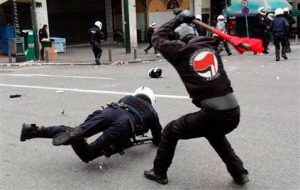 I am against Brexit; I voted to remain.  I have no problem with high-levels of taxation or redistributing wealth.[1] I think, all other thing being equal, immigration and cultural diversity are good for society. I believe the state should provide a universal health care system, financed by national health insurance[2].

I consider the evidence for human-caused global warming to be convincing; I want government to do more to protect the environment. I am viscerally opposed to social hierarchies. I am a Trade Union representative; I work in a public school and I would not have it any other way.

Don’t fly into a fury if you disagree: two of my best friends write on this blog and (to the best of my knowledge) they will disagree with at least some of what I have just written. I have American friends who will certainly disagree with most of it (and they may even pray for my wits!) Most neutral observers would consider all these people to be more rational and better informed than I am.

Only the dishonest, the wicked or the dangerously uninformed would dismiss political conservatives as hate-filled, reactionary bigots. In my experience, left and right often want to help the same people, but disagree about the means to do so. 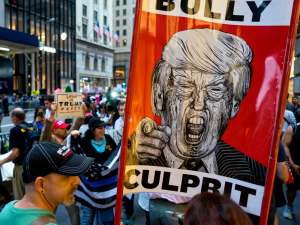 A brief history lesson: William Wilberforce  opposed the extension of the right to vote to the ‘lower’ classes; he also brought down the slave trade. Lord Shaftesbury was a man of deeply conservative convictions who did more to help the working poor than many socialists. [3]

So why mention my political opinions at all? Well, I am also pro-life and I believe in traditional Christian sexual ethics. Therefore, in the eyes of many secular commentators, the media elite and the twitterati, I am an obstinate, illiberal die-hard, stuck in the  stone-age. I peddle right-wing ideology; I’m a tool of the patriarchy. Effectively, I am reduced to my views on one or two topics so that I can be dismissed as a person.

It does not matter where I stand on a host of political issues if I cannot repeat the mantras of the New Left: I must believe that gender is socially constructed; I must endorse reproductive rights for all. Perhaps I must also watch The Handmaid’s Tale, find Seth Meyers insightful and buy tickets for Hamilton.

It does not matter if I can argue for my ethics or if my detractors picked their views up from soap operas, stand-up comedians and Facebook filters. If I cannot repeat the correct shibboleths, I must be dismissed – or silenced and censored. Our moral guardians tell me that my views are not acceptable because they are not held by “right thinking people”. In which case, I must conclude that our moral guardians are in the grip of an irrational, prejudiced, quasi religious dogmatism.

Human beings cannot decide if we will worship; we only decide what we will worship. Everyone has a hunger for significance, meaning and identity. These spiritual needs are as basic as our hunger for food and sex. If we do not worship God, we will find something else to adore. Once we bowed down to stones and beasts; lacking the poetic insight of the ancients, secularists deify political ideals and social causes. So as religion retreats, we place blind faith in “isms”. 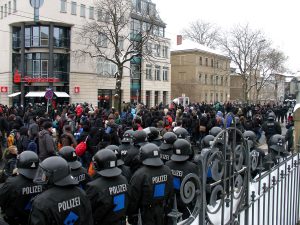 I am sickened by the resulting tribalism. I’m tired of  talk-show hosts, commentators and journalists who treat all their opponents as subhuman, wicked buffoons. I’m saddened that comedians and satirists no longer turn their fire on their own political camps. Contempt for one’s opponents – that is, hatred for one’s enemies – is not limited to Antifa and the Alt-Right. Malevolence has gone mainstream.

If I am right, this is because many secularists have replaced religion with social justice or nationalism. If we tread on their political beliefs we tread on their sense of dignity and purpose, the core of their being. Humans make hate a virtue when it seems righteous; and it seems righteous if our opponents seem to be spouting something close to blasphemy. A healthy democracy cannot flourish when we take politics so seriously. We desperately need deeper beliefs to put democracy in its place.

For if living in Northern Ireland has taught me anything, it is that culture wars precede shooting wars. The Anglo-American world is treading on very dangerous ground. 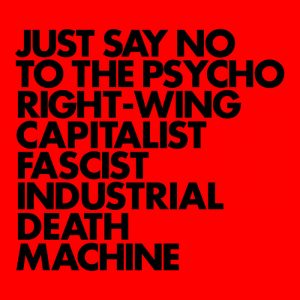 [3]As Roger Scruton notes (Fools, Frauds and Firebrands, 2015, 32-33)  British working class politics was shaped by non-conformist religious beliefs and moral values, established social customs, political institutions and a commitment to the nation state. In other word, in many ways the original working class political movement was fairly conservative. But the New Left seems to have nothing but contempt for the old working class.