Abortion, Michelle Wolf and Life in a Post-Truth World

Is comedy meant to make an audience sigh and wince and lose all faith in humanity? We had always assumed that it’s primary purpose was to make us laugh. Sure, if you like, a comedian can satirise and challenge; she can transgress boundaries or reinterpret society. Whatever makes her feel like she hasn’t wasted her college tuition fees. But if a comedian forgets that the point is to tell jokes –that are funny – then she is wasting the public’s time.

Michelle Wolf seems to disagree. We are constantly reassured that she is a talented comedian and we suppose we have no reason to doubt that. She may have produced many funny skits and sketches which we have missed. But Wolf laboured as a writer for late night comedy talk shows like The Daily Show and Late Night. And living in that echo chamber is bound to have an effect on a person’s psyche. So far as we can see, Wolf has picked up three very unhelpful beliefs. 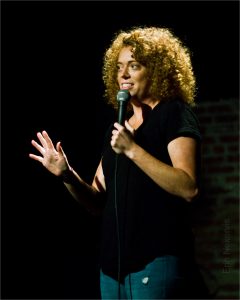 First, she thinks that comedians should be on the front line of the resistance against the Trump Whitehouse (and conservatives in general). Second, with all being fair in love and culture wars, it is completely appropriate to tell “jokes” which demonise and dehumanise her opponents. Finally, transgressing boundaries is an end in itself. A comedian does not need to say anything genuinely funny if her audience laughs to cover its own discomfort – or to express its joy at the discomfort of others.

And she has also learned that a comedian does not need to write anything memorable if a sketch gains immediate online notoriety. Hundreds of thousands will tune in to see just what all the fuss is about. So we are not adding a link to Wolf’s latest sketch on abortion; and we are asking you not to look it up either. It’s not worth the effort and you would be rewarding lazy writing.[1]

Simply take our word that it is tedious, ill-informed and utterly lacking in human sympathy or anything approaching a mature conscience[2]. Worrying that Trump might be about to appoint a pro-life Supreme Court Justice she performed a “Salute to Abortion”. This was prefaced by a series of comments which suggest that Wolf has been spending too much time watching The Handmaid’s Tale.  For example:

Far be it from us to explain the facts of life to a science major, but it takes two to make a child: a mummy and a daddy. Furthermore, even if women had the power to give life all by their lonesome, it would not follow that they also had the right to take life away. Anyway, Wolf is actually moving away from the standard defence of abortion – the right to bodily autonomy- to rather vague, mystical notions about women’s connection to the power of life. This is not so much argument as new age therapy.

“If women embrace the fact that they control life, that makes it a lot harder for men to control women. Of course men are uncomfortable with that. They won’t even let us control a little bit of Star Wars.”

Granted, some people overreacted to The Last Jedi; but there’s no evidence that this was part of a concerted effort to undermine the sisterhood. Similarly, there is no evidence that opposition to abortion is a plot by the patriarchy. Men and women express similar views on abortion; 59% of women say it should be legal in all or most cases, as do 55% of men.  In any case, Wolf misses the irony that abortion gives women equal access to education the marketplace only insofar as they suppress their ‘power’ to carry children and give birth. 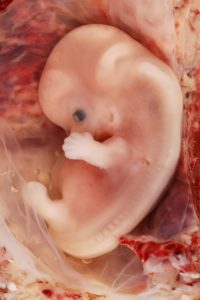 And many men are quite happy for women to take full responsibility for reproduction. If, inconveniently, sexual intercourse does what its designed to do and creates a new human life, then a woman can just have that life terminated in a violent and invasive procedure. No big deal and hooray for feminism.

“If these people were actually pro-life, they would be fighting hard for health care, child care, education, gun control, and protecting the environment”

Wolf casually assumes that most pro-life advocates are right wing Republicans. Maybe that’s true in America, maybe not; but not everyone who is pro-life is an American. As it happens, at least one writer on Saints and Sceptics would be labelled as a socialist by Fox News or The Daily Wire (and he would take that as a compliment). This issue is bigger than America and its culture wars. That escapes Wolf’s notice completely.

“Some people say abortion is killing a baby. It’s not. It’s stopping a baby from happening. It’s like ‘Back to the Future’ and abortion is the DeLorean,” the time-traveling car from the 1980s sci-fi film. And everyone loves DeLoreans!” 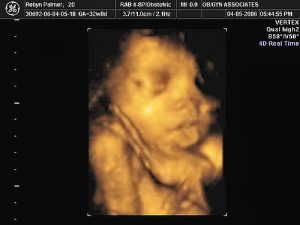 It speaks volumes that Wolf is comfortable cosying up with the alt-right in their post-fact, post-truth world. To be absolutely clear, there is no doubt at all that every abortion kills a young human individual. Wolf could have argued “abortion does not kill a person”. That cannot be proven wrong by science for personhood is a philosophical notion. So abortion is often lazily justified on the grounds that an unborn child is not a human person: the argument goes that the foetus has no wishes, ambitions, desires or emotions: it lacks a personality.  And if no individual personality exists in the womb then abortion violates no one’s rights.

However, we should not lazily equate personality with personhood[3]. A human can lose their personality – while in a coma, say – yet remain a person: for a human is always a personal being. All humans require, at various times and for various reasons, care, nurture and protection, being on occasion unable to fend for themselves. These needs ground universally acknowledged rights which can be applied to all: all, that is, except the unborn. Why should they be excluded?

In any case, to argue about personhood would involve abstract philosophical argument, and that does not fit well in a comedy skit.[4] So Wolf looked directly into the camera and told us something we all know to be false. Science can tell us that we are killing a human individual in every abortion; but 3D ultrasounds are sufficient to show that in many abortions a baby is killed.

What this reveals is that the war between the alt-right and the new left has nothing to do with truth. Relativists have gone to war – with one another. The facts are minor inconveniences, so rational argument and moral persuasion are now largely absent from public discourse. For the moment, this battle will be decided by the group who screams the loudest – but there are worrying signs that each side is ready to resort to force.

But isn’t it ironic that some of the loudest screams are coming from comedians? If the issues weren’t so serious, it would almost be enough to make you laugh. 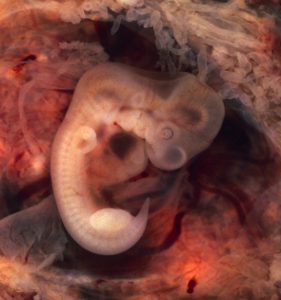 [1] We’ve taken all the quotes from mainstream news services. You will find them easily on line; but most link to the video, so we’re not including links in the main article.

[2] To be clear, we’re referring to the sketch, not Wolf herself. We’re assured she has other material which has humanity and sympathy in spades. We defer to the teenage experts we consulted and grudgingly admit that she seems to have a weird sort of nerdy charm. There is also a difference between a performer and the person. Wolf may be a kind, caring, mature individual. And she may  – on a personal level – be charitable and civil to her opponents.

[3]It is not at all clear that the unborn child does not have a developing personality. Everyone can agree that the human personality is inextricably linked to the human body. And all the information required for the on-going development and formation of that body is already contained in the fertilised human egg. Many of our present attributes were shaped within the womb- for example, the unique features which make up your face began to form only four weeks after your conception!

[4] For example, she would have to deal with arguments like these. First, consider this thought experiment: imagine a strange and exotic virus ravages a human’s nervous system, paralysing the limbs and leaving the subject with no conscious awareness. Cells in the higher brain cease to function properly; there is no response to external stimuli. Only those brain functions essential for life (respiration, heat-beat) continue. However, further suppose this disease only lasts for a few hours. With nothing more than nine hour’s bed rest, the patient usually heals and makes a full recovery.
Presumably, no-one would deny that a human suffering the effects of this disease would lose their right to life. They would lose all conscious awareness and their capacity for rational thought, but not their human dignity. With a little patience and care, the potential of the human being will manifest itself once more. The person is on a path to full consciousness; they have all the capacities that give a human being inherent value. Now, change the thought experiment a little, and imagine the time it takes for recovery is nine weeks or nine months. Again, it seems we could not kill a human being simply because he is not conscious. But the unborn child is in a similar position: it would also normally develop human capacities over nine months; so it also must be worthy of care and protection.
Second: consider that you are a human organism now, and you were a human organism at the moment of your conception. The cells of the embryo divided and differentiated, but the organism survived and thrived. It would be utterly absurd to claim that you were not the same organism, the same individual. To murder you now would be to deprive you of your human dignity and your future life. We would have deprived you of the same rights if we had killed you when you were a child, or a neonate. How could it be otherwise? You were the same individual human being at every stage. To have killed you before your birth would have been to deprive you of a greater part of your future. So, before you were born you had at least the same right to life as your adult self. Of course, you have no more inherent dignity than the next human; so every human has exactly the same right not to be murdered before he or she is born.