Can We Tolerate Creationists? 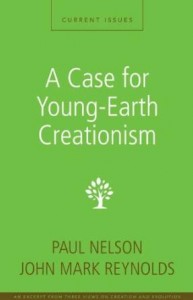 It isn’t quite a media feeding frenzy, and it certainly does not amount to persecution, but we are a little perplexed by the presses spite for Dan Walker. Mr Walker is the new presenter for BBC Breakfast television; his new job will require him to read from an auto-cue, look sombre in times of tragedy, concerned in periods of crisis, and at ease in the company of celebrities. But members of the media elite worry that Mr Walker is not fit for his job; ; that Mr Walker has committed a thought crime; for Mr Walker is a creationist.

Even at the conservative Daily Telegraph voices thunder disapproval from on high. Commentator Rupert Myers reveals that:

Creationists cannot be trusted to report objectively, or to interact reasonably with their interviewees and with the public.

Now, there are different shades of creationism. Young Earth creationists believe that the world was created thousands of years ago. However, old Earth (or “progressive”) creationists accept the current scientific consensus about the age of the universe. They also accept that evolution by natural selection can explain most of the chapters of the history of life. However, they  believe that God intervened miraculously at key points to guide the story to his preferred conclusion.

Furthermore, some theistic evolutionists have been called “creationists” because they believe unguided or unplanned evolution was extremely unlikely to produce our living world with all its complexity, diversity and beauty. But the nuances of theology can be damned, for all Mr Myers cares. We are assured -without evidence- that Walker’s creationism is accompanied by a belief in a young Earth. This puts him beyond the pale, for such creationism:

…goes well beyond the values for which people of faith can demand respect. The only difference between creationism and a church you could set up tomorrow which believes China doesn’t actually exist is that creationism has been around for a longer period of time. Sexism, too, has quite a vintage, but we do not accord it respect for being old.

The stand against sexism is admirable: we confidently expect Mr Myers to launch a similar tirade against presenters who believe that only a man can be Pope or that it is best to begin the Lord’s Prayer with “Our Father”. But the secular world is full of eccentric, bizarre beliefs on a par with the denial of China: the assertion that Jesus never existed; that Francis Bacon wrote the Complete Works of Shakespeare; that the CIA killed JFK and that a plesiosaur is hiding in Loch Ness. Surely their proponents can call on a smidgen of tolerance?

We also wonder if there are any non-religious beliefs that could put a presenter beyond the pale of respectability. Suppose Mr Walker’s replacement believed that moral values were merely subjective. It would follow that child torture and the Holocaust were not absolutely evil. Such relativists hold beliefs that are both absurd and wicked. How could we let such a reprobate reveal the new line-up for Strictly Come Dancing?

But Myers implies that his moral concerns are every bit as moral as ours. In what might charitably be described as an unpleasant sleight of hand, Myers aligns creationists with Holocaust deniers.

To believe that God literally created the earth in six days is to deny basic elements of logic. It may not be as offensive or insensitive as holocaust denial, but it is as logically indefensible. 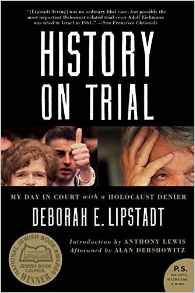 We wonder which basic element of logic has been denied: has Mr Myers a truth-table he would like to show? No matter. Creationism might not be as rude or impolite as holocaust denial, but it is on the same slippery slope. And Mr Myers, you will note, leaves open the possibility of a moral equivalence. But a reasonably informed person- say, a journalist who had browsed a few books on these matters – should know that there is a world of difference between creationism and holocaust denial.

The most “respectable” Holocaust denier was the amateur historian David Irving, who was thoroughly debunked at his libel trial in 2000. Historians Deborah Lipstadt and Richard Evans were both key figures in the fall of Mr Irving; both have contributed substantially to the battle against neo-fascist revisionism. Neither equates eccentric or implausible theories with Holocaust denial. In History on Trial Lipstadt writes of deniers:

Their arguments make as much sense as flat-earth theory. However, in dramatic contrast to flat-earthers, they can cause tremendous pain and damage. Some of them use violence”

Evans, in Telling Lies About Hitler, goes into a little more depth. He initially considers Holocaust denial in comparison to:

…a paranoid style of history writing, in which nothing was quite what it seemed, and terrible secrets had been surpressed by mainstream historical scholarship for decades or even centuries. For the most part, engaging with such work as this seemed pointless. It might be irritating, but on the whole it seemed fairly harmless and on occasion it might even force historians to re-examine long-held beliefs, even if the result was generally to confirm them.” 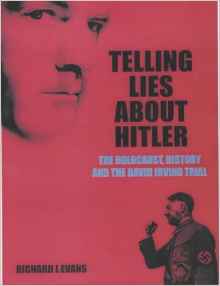 Evans is referring to the sorts of conspiracy theories which put the Knights Templar or the Free-masons at the centre of European history. These histories are potentially harmful because they call into question a huge mass of historical evidence carefully gathered and interpreted by professional historians over the decades. But they can also be useful if they make the reader re-examine sources and think about the grounds of historical knowledge. But in Evan’s considerable experience and considered opinion, Holocaust denial is a different beast altogether, being

“surely deeply offensive to the many thousands of Hitler’s victims…much of the writing of Holocaust Deniers seemed neither morally or politically harmless. On the contrary, a good deal of them seemed to be linked to racial hatred and anti-Semitic animosity in the most direct possible way.”

I am not sure that anyone would wish to argue that Young Earth Creationism is quite as dangerous as Neo-Nazism. It was at best ill considered, and at worst disingenuous, for Mr to put Mr Wallace’s beliefs in such company.

The most active Holocaust deniers – like Wilhelm Staeglich, Paul Rassinier, Robert Faurisson, Fred Leuchter, Ernst Zundel, Arthur Butz and Austin App – were not academic historians. By way of contrast, there are many academic scientists who would happily describe themselves as creationists. And even Young Earth Creationists are candid that the scientific evidence is stacked very heavily against their beliefs.  For example, Paul Nelson and John Mark Reynolds write that:

… natural science overwhelmingly points to an old cosmos. Though Young Earth Creationists have suggested some evidences for a recent cosmos, none is widely accepted as convincing.”

Their arguments for a young Earth are not scientific, but theological and philosophical. Now, we do not consider those arguments to be at all compelling. Our point is simply that it is false – and irresponsibly misleading – for journalists to assert that creationists cannot  objectively report the views of scientists. We might, however, wonder whether the theological beliefs of some reporters prevents them from remaining impartial when writing about creationists.

We are tempted to rest our case: but Benjamin Jones, press secretary of the National Secular Society  and a man with little patience for creationists of any creed , deserves to have the last word:

I have no idea what BBC presenters think privately on any number of issues, from astrology to theosophy, if they read their star signs, if they entertain unusual philosophical or pseudo-scientific beliefs of any kind. I don’t care. It only matters if it starts to interfere – even slightly – in their job…

Establishing a highly subjective test before employing a TV presenter for what types of belief conform to “reason” and what lies within the “spectrum” of acceptable religious beliefs would be an extraordinarily unwise and unfair thing to do. It would be a license for discrimination against the religious – something a secular society should stand against.

Note to the Daily Telegraph: that’s what impartiality looks like.