The Evidence for God: The Lesser Spotted Argument from Providence

One of the less well-known arguments for God’s existence is the argument from providence. It starts with reflection on humans and our world. We are able to make choices about our values, our goals, how to live our lives, and how to treat others. Now, our choices make a difference both for ourselves and for others. For example, deciding to help others can bring great benefit to them. So we have responsibility for these choices, since by making wrong choices we can harm others as well as ourselves. And it is not just what we do as an individual that’s important; by cooperating with others it becomes possible to achieve things that couldn’t be done otherwise. 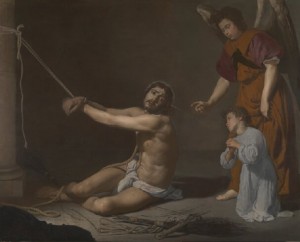 Furthermore, humans have a deep spiritual need for significance, purpose, forgiveness and love. It is difficult to see why natural selection would favour such spiritual desires. We could probably get along better without the need for everlasting love. So why do we feel that need? Perhaps it is just a by product of evolution; one of the unintended side effects of human neurology. Perhaps, just as our brains just happen to be ‘stimulated’  certain types of music, our brains are also ‘stimulated’ by ideas of eternal love. But if there is no God, it is very surprising that conscious beings evolved in the first place, never mind conscious rational beings with deep spiritual desires.

And it is exceedingly odd that many humans would have experiences which convey to those who have them a feeling of having been in contact with a powerful force. Some have a feeling of unity with the whole of creation’ but many others have and a sense of contact with a personal, transcendent being. Those having these experiences are often morally transformed, and report a sense of joy or forgiveness which sates their appetite for significance. Such religious experiences are neatly explained if God created human beings; if atheism is true, it is merely an odd and unexpected consequence of human evolution. 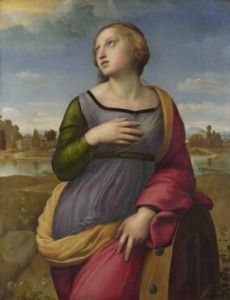 The argument from providence goes beyond the order of the physical universe. This argument points out that we seem to be ordered towards moral and spiritual goals, and that the order of this universe makes at least some of those goals achievable. Our universe allows humans to grow in compassion and love and to create community; indeed, we feel an ache when these are absent. Not only can we appreciate the beauty of the cosmos learn deep truths about its structure; we are practically driven to understand creation.  Not only do we feel we have no choice but to search for significance and transcendence; we can have experiences which meet these needs.

Indeed, most humanists and free-thinkers would concede there is striking evidence that humans are morally and spiritually significant beings; we are embodied, enduring agents with the power to choose and the capacity for intellectual discovery. (It would be a poor humanist who suggested that humans appear to be morally insignificant). But it is unlikely that such creatures would result from an accidental, unguided process. According to the argument from providence, the best explanation for such morally significant order, and the existence of beings like us, is that the world has been created by God. 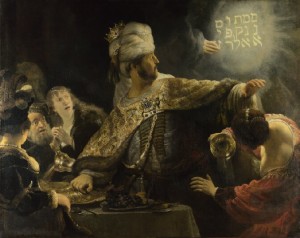 Arguments for the existence of God have their place, but God is not merely interested in theoretical knowledge about his existence. Instead, Christianity claims that we can come to know God himself and that, if we seek him, then we can find him[2]. In light of the argument from providence, seeking God seems rational. To quote the apostle Paul

The God who made the world and everything in it … gives everyone life and breath and everything else. From one man he made all the nations, that they should inhabit the whole earth; and he marked out their appointed times in history and the boundaries of their lands. God did this so that they would seek him and perhaps reach out for him and find him, though he is not far from any one of us. (Acts 17:24-27)

[1] In a short article like this, it wouldn’t be possible to do justice to the argument or objections to it. For a developed defence of the argument see Richard Swinburne’s The Existence of God (Oxford, 2004), chapter 10.

[2] It is not at all obvious that scientific explanations of religious experience are incompatible with theism. As philosopher Michael Murray argues:

“These models, if correct, show not one thing more than we have certain mental tools…which under certain conditions give rise to beliefs in the existence of entities which tend to rally religious commitments. But, pointing that out does nothing, all by itself, to tell us whether those beliefs are justified or not. After all, we have mental tools which, under certain conditions, give rise to belief in the existence of palm trees and electrons. We do not regard those belief forming mechanisms as unreliable nor (typically) the beliefs formed as unjustified”

This entry was posted in Existence of God and tagged God and Evidence, Swinburne. Bookmark the permalink.