Should Christians Say Islam is Essentially Sexist and Violent?

Civility is a Christian virtue. It is true that some of the sermons in the New Testament use abrupt, harsh language. But Paul did not begin his sermons in Lystra and Athens by demonising idolaters. And Jesus did not compare the religion of the Samaritans or the pagans who lived in the Decapolis as “satanic”. So when we engage with other religions, a little generosity is in often in order.

I have commented on the debate between Beth Grove and Ed Husain on a recent Unbelievable? show.  While I found Mr Husain’s critique of Christianity to be unconvincing, I should point out that I was not at all comfortable with Beth Grove’s critique of Mr Husain’s faith. It is appropriate to point extremists to the consequences of their beliefs.  But because it is easier to critique ill-informed Wahabis, Salafists or Deobandi fundamentalists, evangelical apologists are often tempted to assume that these benighted groups somehow represent the essence of Islam. Beth Grove seemed to fall into such a trap, asserting that Islam is essentially sexist and violent. 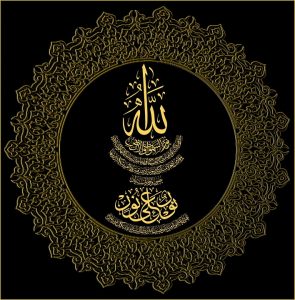 This is an odd position for a non-Muslim to take. Christians believe that there is an orthodox, true form of the Christian church – a quintessence of Christianity – because we believe that God has some strong opinions on the matter. The Church should conform to his will. However, if Muhammad was not God’s final messenger there is no quintessence of Islam. If Muhammad did not teach the way, the truth and the life, if the Koran is not God’s word, then there is no central revelation from God to discover. There is only a set of human responses to a set of human traditions. There is no more one true way of being a Muslim than there is one way of being a Liberal Democrat or a Tory.

Of course, there are some motifs which unite all Muslims: a strong commitment to monotheism, a belief that Muhammad is God’s final messenger, and that the Koran is the supreme revelation from God. However, a liberal reformist, a Sufi Pir, and an Islamist radical will interpret the Koran in very different ways. Islam simply does not prescribe one form of government or one form of political engagement. Islamic communities evolve and change, and can continually renegotiate their relationship with the state.

To be fair to Beth Grove, Islamic texts can offer more comfort to the holy warrior than the Gospels or the letters of Paul. Paul and Jesus rejected violence as a means of advancing the Kingdom of God; this cannot be said of Muhammad and Islam. While the most reliable information about Muhammad comes from the Quran (and not the Hadith, and certainly not the biography of Ibn Ishaq) it is clear that Muhammad was prepared to use force to advance Islam. Indeed, it seems that he was a capable military commander.

But all this is not surprising. Unlike Christians, who are meant to live in the world as exiles and sojourners, the first Muslims were engaged in the project of creating a civilization. Now, every political authority will need to assert the right to use violence on those who threaten it from without and within. So it is little wonder that the early Islamic texts sound so warlike: a state which renounces violence is impotent. And these early texts do not only talk about violence, but the need for law, justice, trade and honour.

To be sure, the Koran contains passages which call for ruthless violence against unbelievers. However, such passages are meaningless outside their literary and historical context (which may not be quite as easy to reconstruct as Mr Husain asserts). We know that Muhammad was involved in a long war with pagan rulers of the city of Mecca. He also made and honoured treaties with non-Muslim tribes: the first Muslims most certainly did not visit death, rape and destruction on every non-believer who crossed their path.

So, originally, most of these “violent” texts are probably aimed at Muhammad’s enemies in the city of Mecca. And they probably contain a fair degree of hyperbole given that Muhammad did not lead a slaughter when finally defeated the Meccans. In fact, the martyr Mahmoud Mohammed Taha argued that Quranic texts which authorise violence originated with Muhammad’s military struggle with Mecca. That period of history is over; today, all Muslims should value democracy, equality, dignity and religious freedom.

We can also find information about Muhammad in the Sira (biographies of Muhammad) and the Hadith (collections of short reports about Muhammad). But there is a considerable gap in time between Muhammad’s life and these sources. And while there may be much material within both to justify ruthlessness in war, this tells us more about Islamic attitudes during a period of imperial expansion than it does about Muhammad himself. In fact, a careful look at the behaviour of the Arab tribes during their conquest of Persian and Byzantine territory suggests that they did not interpret these texts as a licence for genocidal, conversion-centric slaughter or totalitarian rule. 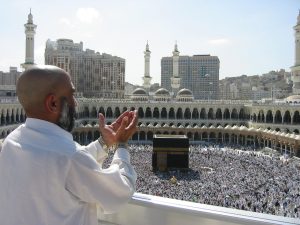 Conversion to Islam was actually discouraged in the early Islamic empire, which was run by Arabs primarily for Arabs. The Caliph Umar even accepted the Arab Banu Taghlib tribe into his army, on a similar tax basis to Muslims, when it refused to abandon its Christian identity. Non-Arab Monophysites in the Byzantine empire welcomed the Muslims as liberators, and even fought for them in the Battle of the Masts. The Arab armies gave Iranians better protection from raiders than their old Sassanid rulers. It is generally acknowledged that Jews got a better deal under Muslims than they did from Christians in Western Europe.

Husain aligns himself with a venerable Islamic tradition which believes that human reason and mystical experience are vital sources of authority for Muslims. This interpretation of Islam is consistent with Islamic practice and has deep historical roots. Like the Mutazilites, Mr Husain can argue that moral experience and human reason reveal ethical truths. So he does not need a Sunnah or a Surah to know that sexism and imperialism are wrong. He can argue that critical reflection, conscience and mystical experience are reliable guides to truth and provide a humane context for interpreting his sacred texts.

So critiques of Islam as an essentially “war-like” religion are not very persuasive and when they are targeted at Muslims like Mr Husain, they miss their mark by a considerable distance. These arguments cause palpable pain to no effect, needlessly hardening hearts and closing minds. The only objection that evangelicals can and should raise against Islam is that it does not offer the way, the truth and the life. That is offensive enough; and it speaks well of Mr Husain that he was willing to patiently listen to that scandalous message.