The Fact of the Resurrection and the Faith of Historians

Ehrman, Crossley and the Resurrection

Recently I’ve been reading some material on the resurrection of Jesus by two biblical scholars, James Crossley and Bart Ehrman.[i] Both are sceptics and make many similar points in their attempts to argue that there are no good grounds for belief in the resurrection. They both look at various pieces of evidence that are often put forward as part of a case for the resurrection and attempt to explain it away as evidence for a miracle by providing naturalistic explanations. My impression is that these attempts are unconvincing, but I’ll set that aside for now. Here I want to concentrate on another approach also adopted by both authors which they seem to think deals a killer blow. It might be called the ‘I’m a historian objection’ to the resurrection. 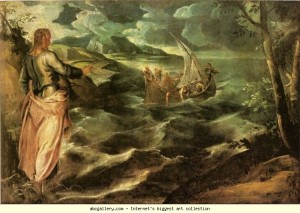 Neither Crossley nor Ehrman claim to be able to demonstrate that the resurrection definitely did not happen. Rather, they claim that from the perspective of the historian there are no good reasons to believe in the resurrection. Essentially, they are claiming that historians as historians cannot seriously entertain the possibility that a miracle might have occurred. Ehrman claims that “it is not appropriate for a historian to presuppose a perspective or worldview that is not generally held”. The problem with miracles then is that they require theological beliefs and “since historians cannot assume these beliefs, they cannot demonstrate historically that such miracles happened.”

In terms of assessing the case for the resurrection, Crossley asks:

do we want to find whatever naturalistic causes are possible in historical explanation, leaving questions of the divine completely to one side, or do we want to take the pseudo-scientific route of Intelligent Design or Creationism and say that the supernatural can be shown to be directly intervening in historical change in the study of history?”

His clear suggestion, and Ehrman is in complete agreement, is that when it comes to history, we should indeed leave questions of the divine to one side. In other words, historical investigation requires what is called methodological naturalism, the idea that only naturalistic explanations should be considered. Even Christians or other religious believers should set aside their religious beliefs for the purposes of doing history. So if we are going to carry out a historical investigation of the evidence relating to the aftermath of Jesus’ death, we should rule out the resurrection since proper historical methodology precludes it. This doesn’t mean that the resurrection definitely didn’t happen, just that there can be no historical evidence for it.

What should we make of this approach? Crossley makes an interesting comparison with debates between mainstream science and Intelligent Design or Creationism. I’m not going to try sort out this debate here, but let’s suppose that Crossley is right and that science should only consider natural explanations. Well, then, if that’s right Intelligent Design would make for bad science. But what follows from that? It certainly doesn’t mean there is no Designer or that there is no evidence for such a Designer. It just means that when we consider evidence for Design we are not doing science. (As an aside, on this site we’ve presented plenty of evidence, including scientific evidence, for God, but we haven’t claimed that God provides a scientific explanation of the evidence.) 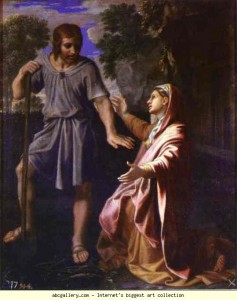 As I’ve already indicated, Ehrman and Crossley don’t simply rely on insisting that historians ignore the supernatural. Both attempt to offer naturalistic explanations which need to be addressed by those of us who wish to defend the resurrection. However, given the above discussion, there is clearly something fishy going on. It’s all well and good for them to put their naturalistic explanations on the table, but it’s hardly surprising when they conclude that these explanations are much better than supernatural explanations since they don’t allow supernatural explanations on the table at all. In fact, so much is Ehrman committed to this approach that he thinks that even a conspiracy theory such as the disciples having stolen the body or the apparent death theory – that “Jesus didn’t really die but went into a coma” – are more plausible than the resurrection. Why? It certainly isn’t because Ehrman thinks these explanations are plausible; he knows perfectly well that they aren’t. No-one thinks it’s even remotely plausible since, as David Strauss, who rejected the resurrection himself, put it a long time ago:

It is impossible that a being who had stolen half-dead out of the sepulchre, who crept about weak and ill, wanting medical treatment, who required bandaging, strengthening, and indulgence, and who still at last yielded to his sufferings, could have given the impression that he was a Conqueror over death and the grave, the Prince of Life, an impression which lay at the bottom of their future ministry.[ii]

No, the reason Ehrman thinks the apparent death theory preferable to the resurrection is simply because it is a natural explanation and so is at least permitted on the table of explanations. Crossley is more measured in his approach, but he seems to end up in a similar position when he claims, “If some this-worldly arguments explaining the empty tomb are necessarily speculative, how speculative are arguments that push instead for the supernatural?” It seems as if any natural explanation is to be preferred simply because it is not supernatural.[iii]

Ehrman does provide a justification for his anti-supernatural bias based on probability:

This is a breath-taking mistake on Ehrman’s part since it involves a very basic mistake in probability theory.[iv] I’ll assume that by ‘defy all probability’ Ehrman doesn’t think that a miracle is completely impossible. In fact, I don’t need to assume that since Ehrman nowhere suggests that it is impossible.[v] He’s not even claiming the resurrection didn’t happen, just that “historical sciences are of no help in establishing exactly what happened”. So it seems all he can mean by ‘defies all probability’ is something like ‘extremely improbable’.

So we can agree with Ehrman that the resurrection might be extremely improbable to begin with, but why would he think that it must always remain so and that the evidence could not, even in principle it seems, change this? He might object that there’s a difference between the resurrection and the lottery example because the latter is a natural event. But in that case, it isn’t probability theory doing the work, it’s simply Ehrman’s anti-supernatural bias.

In short, whatever the merits of Ehrman’s and Crossley’s attempts to explain away evidence for the resurrection, their ‘I’m an historian objection’ fails miserably. If it is simply based on the idea that historians can only countenance purely natural explanations, then it is very weak indeed because, first of all, it basically tries to settle the issue by a definition of ‘history’ and, secondly, even if we grant this, there’s no reason why we can’t go beyond this naturalistically defined version of history to consider the evidence without such a restriction. To think otherwise is just to adopt an anti-supernatural bias. Alternatively, if take on board Ehrman’s attempted justification of ruling out supernatural explanations, we have seen that it is no help at all since it is based on a misunderstanding of probability theory and just boils down to an anti-supernatural bias in any case.

[iii] Surely they couldn’t mean that, though. Consider the claim that Jesus rose from the dead naturally, i.e. that it was an extremely unusual but purely natural event. Wouldn’t that be much less plausible than the hypothesis that God raised Jesus from the dead?

[iv] This might seem familiar to some readers. I’ve addressed similar points on Matthew Parris’ discussion of the resurrection here and on Richard Dawkins’ argument against design.

This entry was posted in Christian Theology, Historical Jesus and tagged "Leap of Faith" (Not), Christianity and Science, ECREE, Evidence, History, Jesus. Evidence for the Resurrection, Miracles, The Bible Tells Me So!. Bookmark the permalink.