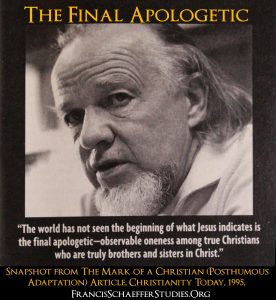 Political discourse has become a little apocalyptic; we have started to view political competition as if it is a war between good and evil. On both sides of the Atlantic late-night talk show hosts, comedians, journalists, editors and academics talk in Manichaean terms, as if they have been caught up in the ultimate battle for the soul of the West. This makes for fine drama, but it doesn’t leave much room for tolerance. If our political opponents cannot see reason they must be on the side of the demons.

I wonder if our culture is moulding the way that evangelical Christians approach civil discourse and political disagreement. For example, I was stunned by the online reaction to a piece by Thabiti Anyabwile in The Washington Post in which Pastor Anyabwile argued that it was unwise for evangelicals to offer political support to Donald Trump. While the piece merited critical interaction, it did not warrant the rage unleashed in some replies.

There also seems to be some tension mounting over the issue of “Woke” or “Social Justice” Christians. (I’m not entirely sure that “woke” describes a substantial political position; however, while trying to understand the term a little more I took some online quizzes which informed me that I am, to some extent, “woke”. This left me even more confused than I was before; but make of it what you will.) Remembering that Christian witness is the final apologetic, it might be helpful to set out a few points that all evangelical Christians should agree on. 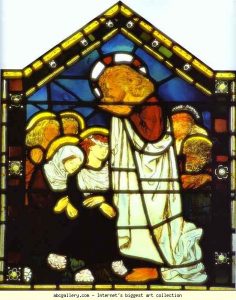 First, we should all condemn idolatrous worship of any political leader. Something has gone very wrong when an evangelical pastor can appear on a national news program and effectively offer absolute, unconditional loyalty to President Trump. No human should be given that kind of loyalty or could merit that kind of adoration. Nor should churches sing hymns about “making America great again.” And what goes for political leaders goes for political movements; all are fallible, and none deserve the Christian’s absolute devotion. Take it from an Ulsterman: blind faith in human political endeavour ends with a damaged church and a ruined witness. 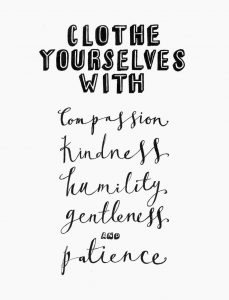 econd, we must not give the impression that Christianity is primarily about moralism, social conservatism or enlightened progressivism. We need to be clear: Christians do not evangelise so that citizens will vote in a particular manner; we do not preach so that people will assent to our world-view. Instead, we preach faith in Christ and then labour for our neighbour out of love. We have noted that political movements are a poor investment for our faith. Only a hope stored up in heaven insures against cynicism here on Earth.

Third, Christian political witness begins with our neighbours: by helping whoever we can, however we can, while we still can. This challenges what the powerful can achieve and demonstrates the limits of governments and markets. For ultimately every programme, initiative and strategy will fail without compassion, kindness, humility, gentleness and patience, all bound together in love; and this can only be fully achieved in God’s kingdom. 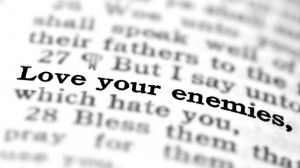 Fourth, liberty of conscience is an important Christian doctrine: individual Christians have the right to form their own opinions about a wide variety of policies and programmes. The Bible is clear that we should respect creation – but it does not tell us how to interpret the data about global warming. The Bible tells us to protect the poor, respect property and obey the government – but it does not prescribe the ideal tax-free personal allowance.

There are no proof texts which give preachers absolute authority over individual voters – and for good reason [1]. Throughout history, politics has provided mankind with an infinite variety of practical problems which no one system could ever comprehend, let alone solve. Scripture allows room for debate, and that means we can sift through solutions and weigh up the different ways we can serve our neighbours. 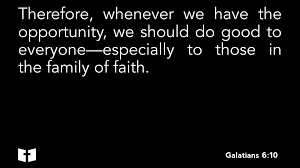 Fifth, evangelicals must all reaffirm our commitment to religious liberty. Authoritarianism will seem more and more tempting as a political option, especially if authoritarians offer alliances with religious communities. Arguably, several Eastern European parties have hijacked Christianity in the name of social cohesion. But this sort of nationalism inevitably leads to repression – as some of our brothers and sisters in Christ have discovered already. And what an authoritarian grants today he can snatch back tomorrow, without cost.

Finally, we need to address evils like abortion on demand and systematic racism. But different Christians will have different strategies for dealing with societal evils. The same problems can be analysed in different ways. Debate on these matters could be helpful – provided no-one attempts to use the pulpit to impose their preferred solution on others. Certainly, we can enthusiastically endorse or recommend strategies as our conscience demands. But we must not imply that there is no room in the kingdom for anyone who disagrees with us; we should listen to brothers and sisters who do disagree with us; and agree that the preaching of the gospel comes before all else. 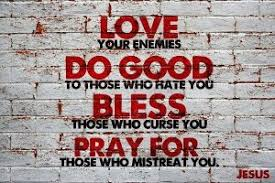 [1] I have had some extremely harsh words to say about Donald Trump in the past – and I still do. I believe that he is a relativist about truth and morals. He does not even pay lip service to the Christian virtues of fidelity, humility and repentance. He has brought some respectability to the far-right and numerous accusations about his past sexual misconduct are, to state it as gently as possible, troubling.
All the same, I understand why some evangelicals voted for Trump with a clean conscience. They looked at the looming vacancies in the Supreme Court, and believed that a Trump presidency would lead to pro-life justices. Now, whether or not Trump has the will or ability to deliver still remains an open question. But these evangelicals were not worried about Trump’s character or world-view because they are playing a much longer game. Appointing the correct judges and getting the right decisions might take some time – frankly, Trump might be long out of office before we know if they have the Supreme Court these evangelicals voted for. Presumably, they have faith that other politicians can preserve civility.
However, I can also see why some evangelicals joined the #NeverTrump cause. Granted, the pro-life cause is important. But it does not trump every other political issue. For example, if a candidate ran on a “let’s nuke Russia for fun” or “let’s introduce a yearly Purge” ticket, it would be wrong to vote for him even if he promised to undo Roe v Wade. There are lines that can’t be crossed. Some evangelicals see the spectre of white supremacy in Trump’s rhetoric, and that is a line they won’t cross. That’s a reasonable position; no one should try to silence another Christian who makes this case. So long as each side of the debate can explain what they will be doing to challenge racism or our anti-life culture, I can see no grounds for schism.