Chairman Mao told a parable about an old man who lived at the foot of a mountain. Disliking how the precipice ruined his view, one morning he and his sons set out  with chisels to whittle the mountain away. The other villagers came out to mock him; but the old man replied “Yes, I will never destroy this mountain in my lifetime, nor will my sons. But my grandsons can continue this work and their sons also, and so on to infinity. Once men have decided on a course, nothing is impossible for them.” 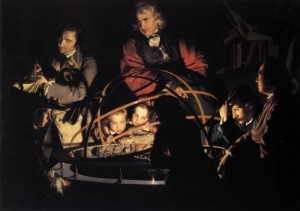 So the worshippers of scientific materialism assume that every fact will one day give way to the methods of science. It might take many detailed experiments and novel hypotheses, but eventually even the existence of our universe, consciousness, morality and even the laws of nature themselves will be explained by science. Just like the old man at the foot of the mountain, they know that they probably won’t live to see science conquer all; but they have grad students, and those grad students will have grad students, and so on to infinity. Sooner or later, the mountain of mysterious facts will give way.

The faith of Mao’s old peasant seems more rational than the materialist’s. The old  man merely set out to level a mountain; scientific materialists are searching for equations that tell us the taste of chicken soup.  There are some questions that science will never answer because it was never intended to. Galileo, Descartes and the other founders of the scientific method insisted that natural philosophy (what we call “science”) should only study what can be mathematically quantified and described in the third person. By so narrowing their focus they made great bounds in understanding the material world.

They deliberately set aside first-person, subjective experiences. These could not be mathematically quantified; describing feelings of grief or joy in words is close to impossible. Heaven help the fool who thinks that they can be captured by an equation! This is why we need art and poetry to communicate our inner experiences.  Neurology does not grasp conscious experience: the feeling of pain is not captured by a description of sodium ions fluxing in and out of a semi-permeable membrane; it cannot  be captured by a description of an organism’s behaviour. The experience of colour is not included when we describe the effect of photons on photosensitive cells and the depolarization and repolarization of neurons.

The language of mathematics and physics cannot describe conscious experiences. So when we say that consciousness is not physical we are not advancing a theory; we are making an observation. This is simply a fact that any worldview must be able to explain. A philosophy which only admits knowledge from the physical sciences will struggle to accommodate human experience; furthermore it will be unable to explain much of human history because it makes no room for purposes. Humans are not cognitive machines acted on by natural forces; we consciously choose courses of action for our own reasons. So we must turn to history, not chemistry and physics, to understand the past; and we must turn to literature to understand the deep heart’s core.

The meaning of things is also left out of the scientific picture of the world. True, many scientific theories purport to explain why humans have moral feelings, or why we find certain pictures and tunes pleasing. But we still have to ask: “do these feelings point us to a concrete reality? Do we really have an obligation to love our neighbours or do we just feel as if we do? Is a landscape truly beautiful or is beauty just a meme left over from our evolutionary past?” Science simply can’t decide on these issues, because values, meanings and obligations are not open to observation, measurement or experimentation. Nor have attempts to ground morality in science proved very plausible. Some have suggested that we use brain science to discover the acts that bring about the most pleasure and least displeasure. This does not bring us close to a moral theory for two reasons. 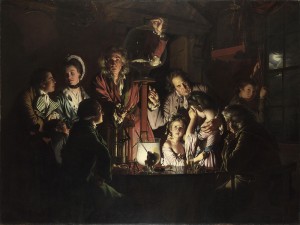 First, pleasure comes in many forms – sexual, gustatory, intellectual, spiritual, aesthetic and emotional –and these cannot be measured in a common unit for comparison.  Second, the pleasure of other human beings should only matter to me if other humans are of substantial value. If we are accidental ephemera in an accidental ephemeral universe then, arguably, we are of little consequence. (At least, science cannot establish that we are not of little consequence!)  This brings us to the greatest gap in the scientistic worldview: science cannot point us to the source of all things.

Science use laws to make predictions. Now some laws (Kepler’s) can be explained by other laws (Newton’s). But sooner or later we’ll reach a set of laws that are just foundational to science. They can’t be explained by any other law. At this point scientific explanation breaks down. No matter how much science progresses, it can never travel to a destination that will tell the meaning and source of all things. These things are not on any map that science uses; we must use other routes if we wish to discover the value and purpose of human experience.