More Thoughts on Atheism and Reason

…there is only one sort of stuff, namely matter – the physical stuff of physics, chemistry, and physiology – and the mind is somehow nothing but a physical phenomenon. In short, the mind is the brain. … We can (in principle!) account for every mental phenomenon using the same physical principles, laws, and raw materials that suffice to explain radioactivity, continental drift, photosynthesis, reproduction, nutrition, and growth. (1992, 33) 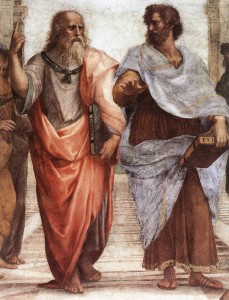 This entails that we need never appeal to subjective consciousness, thoughts, plans, intentions or desires to explain the properties or actions of any organism. It may seem as if we have non-physical minds and that our thoughts and intentions and choices produce actions. But every mental state is fully caused by an underlying brain state and its connections to other brain states. And if brain states fully explain our beliefs and their connections, then there is no need for an accompanying explanation in terms of persons and their reasons. For “thought” has no causal power at all. But this completely undermines human rationality: because we can only be rational insofar as we have good reasons for many of our beliefs.

Suppose we want to know if Megyn is justified in her belief that Donald is not a good candidate to be President of the United States. We’ll want to know something about Megyn’s reasons. Has Megyn researced Donald’s preferred economic and foreign policies? Does she know something about his diplomatic skill? Or has she based her belief on his mannerisms and personal appearance? Is her objection merely an instinctive reaction against Donald’s personality or style? It is crucial that we understand Megyn’s reasons. 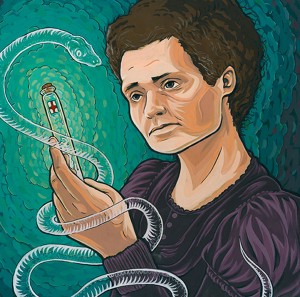 Or suppose we are debating human cloning. If Roger can explain his opposition to cloning with careful legal, ethical and scientific arguments, we will respect his belief. If he says that cloning just makes him feel “yukky” we will be less impressed with his belief. Once again, it is the reasons for Roger’s belief which are important. To be rational our thoughts must be shaped by reflection and reasoning, by norms appropriate to the subject under consideration.

Rationality demands understanding and reasoning, and that there must be more to each person than their brains and its various outputs and inputs. A computer can translate a sentence from one language to another without understanding a single word of it. A calculator may be reliable, but it is not rational. Furthermore, some sort of responsibility for a proportion of our beliefs seems to be necessary for rationality. A deterministic system doesn’t meet the requirements for rationality. 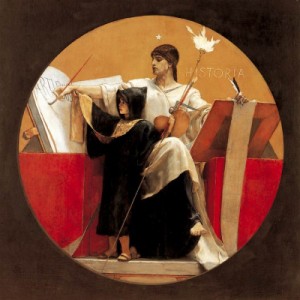 A rational inference is not the output of a chain of non-rational events in a physical system. If the biologist’s beliefs about brains and brain functions are just attributable to biological causes, and not to inference and reasoning, then he has no warrant for those beliefs.  To be rational one subject must be able to form premises, see logical connections, make inferences and draw conclusions. The subject – or self – needs to be able to remember, consider and decide. To make a good inference one subjective awareness must grasp the content of numerous beliefs and see the rational connections between them.