Is it Better to Do Good or to Do God?

Perhaps Dante should have set aside a circle to Hell for the insipid, filled with media personalities and live studio audiences. Consider the studio discussion programme “The Big Question” which has been described by the left-wing New Statesman as “the worst thing that the BBC airs.” Each week, a handful of invited experts and a few dozen members of the public try to reach definitive answers to questions like “does God exist?” or “can war ever be just?” by talking over one another in brief, heated exchanges.

As an example, ponder the heat/light ratio generated by this question: “Is it more important for Christians to do good or to do God?” It is not surprising that the orthodox Christians in the studio audience came off worst in the ensuing discussion. They were attempting to answer a question which could only have been framed by someone suffering from some sort of theological dyspraxia. A question like that can only be excused by wilful ignorance of Christian belief; I can only assume that whoever dreamed it up studied theology by watching re-runs of “The Vicar of Dibley”. 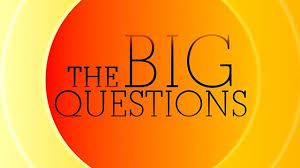 The problem with offering people a choice between “doing good” or “doing God” is that we can do neither and we must do both. Yes, the parable of the Good Samaritan teaches that a pious lifestyle cannot earn God’s forgiveness. Odd as it sounds, Christianity teaches that being religious can keep us from God; but so can being ethical. Believing in our own goodness is a dangerous business; it runs contrary to all the evidence available to us. We are, as Kant put it, made of crooked timber. We deceive ourselves if we believe we can be virtuous. We lack the will and wisdom to be consistently compassionate, brave or honest.

Everyone who is aware of the difference between right and wrong does wrong – and has to take responsibility for that. We know what we ought to do and we know who we ought to be; but we rarely choose to live as we ought. We all commit little acts of cruelty and we are all capable of extraordinary diligence when seeking our own advancement. We’ve all wished for terrible things in our most private thoughts. Our inner selfishness, and our appetite for experience and power, can lead to immense savagery.

Christianity teaches that we cannot consistently choose to “do good” and neglect God: as creator, God is the source of all goodness. Living for our creator, loving the Son of God who died for us, wanting the Spirit to totally, personally transform our characters on the deepest level, are obviously good things to do. Deciding to reject such a God would be a terrible thing to do. We cannot earn God’s forgiveness as a wage; it is never deserved or it is not forgiveness. One either accepts God’s pardon or one rejects it; and to reject it is a terrible wrong. 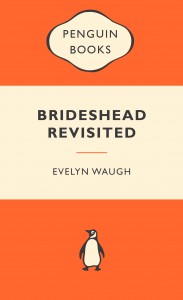 Often we do not even want to be conscious of our God; we do not want the attention of an omniscient, loving Father when we are choosing to do what is wrong. Hence the need for atonement and God’s forgiveness: we cannot do enough to earn God’s appreciation because we all know that we’re broken. There are always consequences to wrongdoing. Of course, the guilty party deserves to carry the consequences; but God can carry the consequences in our place.

One of the more wearying aspects of living out Christian faith in a secular culture is responding to the asinine theological insights offered by our intelligentsia.  In Brideshead Revisited, Father Mowbray laments his inability to effectively instruct the young, ambitious politician Rex Mottram in the Catholic faith. He complains that “these young people have such an intelligent, knowledgeable surface, and then the crust breaks and you look down into depths of confusion you didn’t know existed”; he worries that Mottram suffers from a degree of paganism not known to the missionaries:

I asked him: ‘Supposing the Pope looked up and saw a cloud and said “It’s going to rain,” would that be bound to happen?’ ‘Oh, yes, Father.’ ‘But supposing it didn’t?’ He thought a moment and said, ‘I suppose it would be sort of raining spiritually, only we were too sinful to see it.’

Father Mowbray believed that only a modern, secularised savage could dream up such a ghastly misunderstandings of the Christian world-view. So surely  it takes a peculiar barbarity to ask a Christian if one can be good without acknowledging the God who gave us Calvary?